The Galaxy Z Fold 4 is starting to be talked about. According to a patent filed by Samsung, this future foldable smartphone would embed a completely revolutionary new fingerprint reader. This sensor would be both accessible on the secondary screen and the foldable screen.

Contrary to rumors, the Galaxy Z Fold 3, one of Samsung’s latest foldable smartphones, does not have an under-display fingerprint reader. Rather than sliding the reader under the foldable touch screen, the South Korean manufacturer has integrated this fingerprint sensor on the power button on the right edge.

According to the information collected by our colleagues at LetsGoDigital, Samsung has not buried the idea of ​​hiding the fingerprint reader under the screen. As shown by a patent filed by Samsung, the brand’s future foldable smartphones should benefit from this reader integrated into the panel.

The Galaxy Z Fold 4 could well be Samsung’s first foldable smartphone with a reader under the screen; the media advises on the basis of recently discovered information. A patent filed on March 31 with the World Intellectual Property Office indeed shows the company’s latest advances. 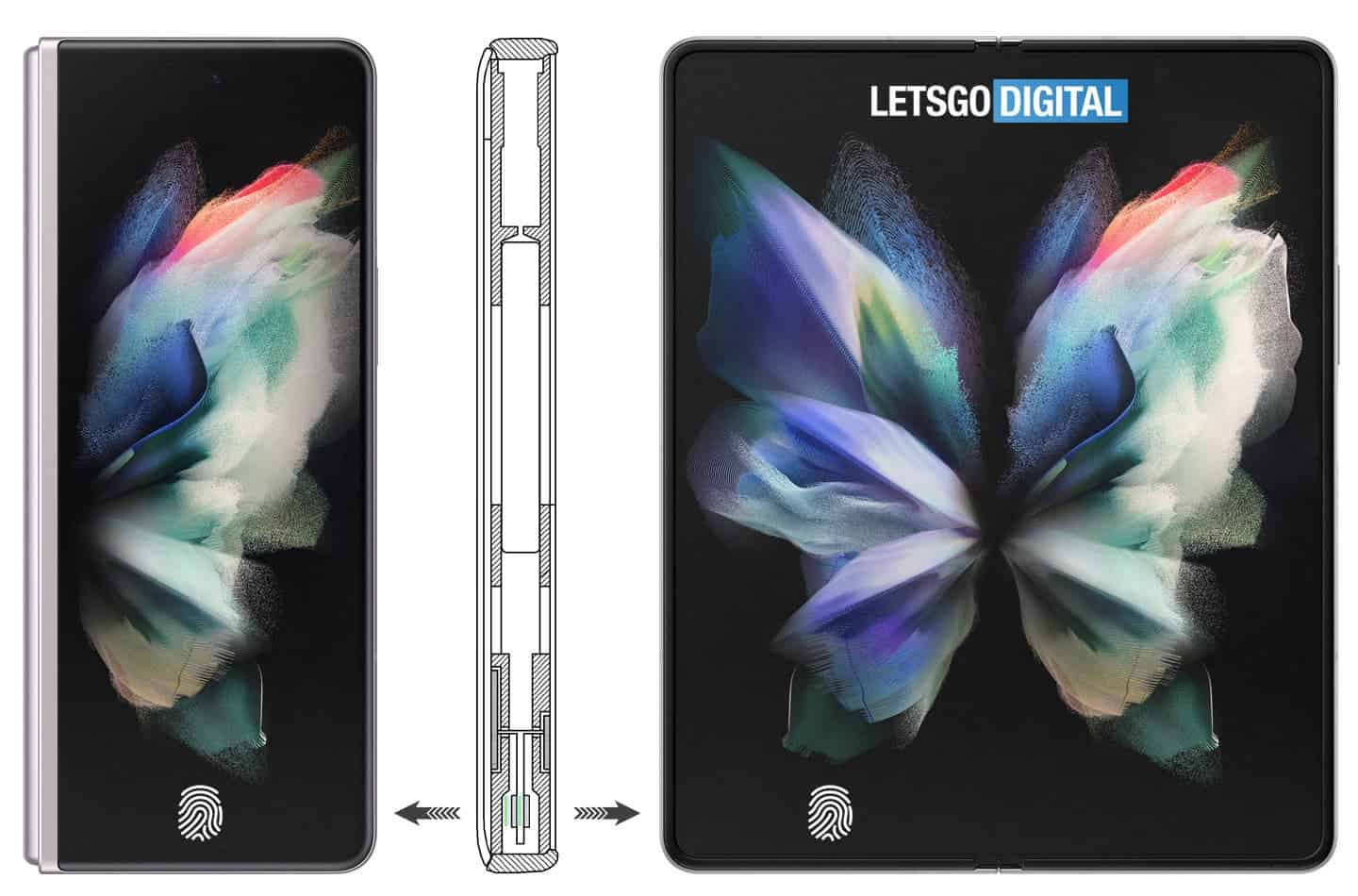 On the diagrams accompanying the patent, we discover “a double-sided fingerprint sensor”. Concretely, the reader will be accessible to the user’s fingers through the secondary screen placed on the back and via the main folding screen. Both sides of this module will be able to recognize the user’s fingerprint.

As part of this technology, Samsung aims to place the biometric reader in the lower-left half of the flexible screen. In this way, the upper part of the sensor will be accessible on the secondary screen. This technology allows you to unlock the foldable smartphone without unfolding the screen.

As a reminder, the hypothetical Galaxy Z Fold 4 is not expected before the summer of 2022. Until the launch of mass production, Samsung is still free to upset its plans; and exploit another technology for the biometric module. We tell you more as soon as possible about future Samsung foldable. While waiting for more information, feel free to give your opinion in the comments below. 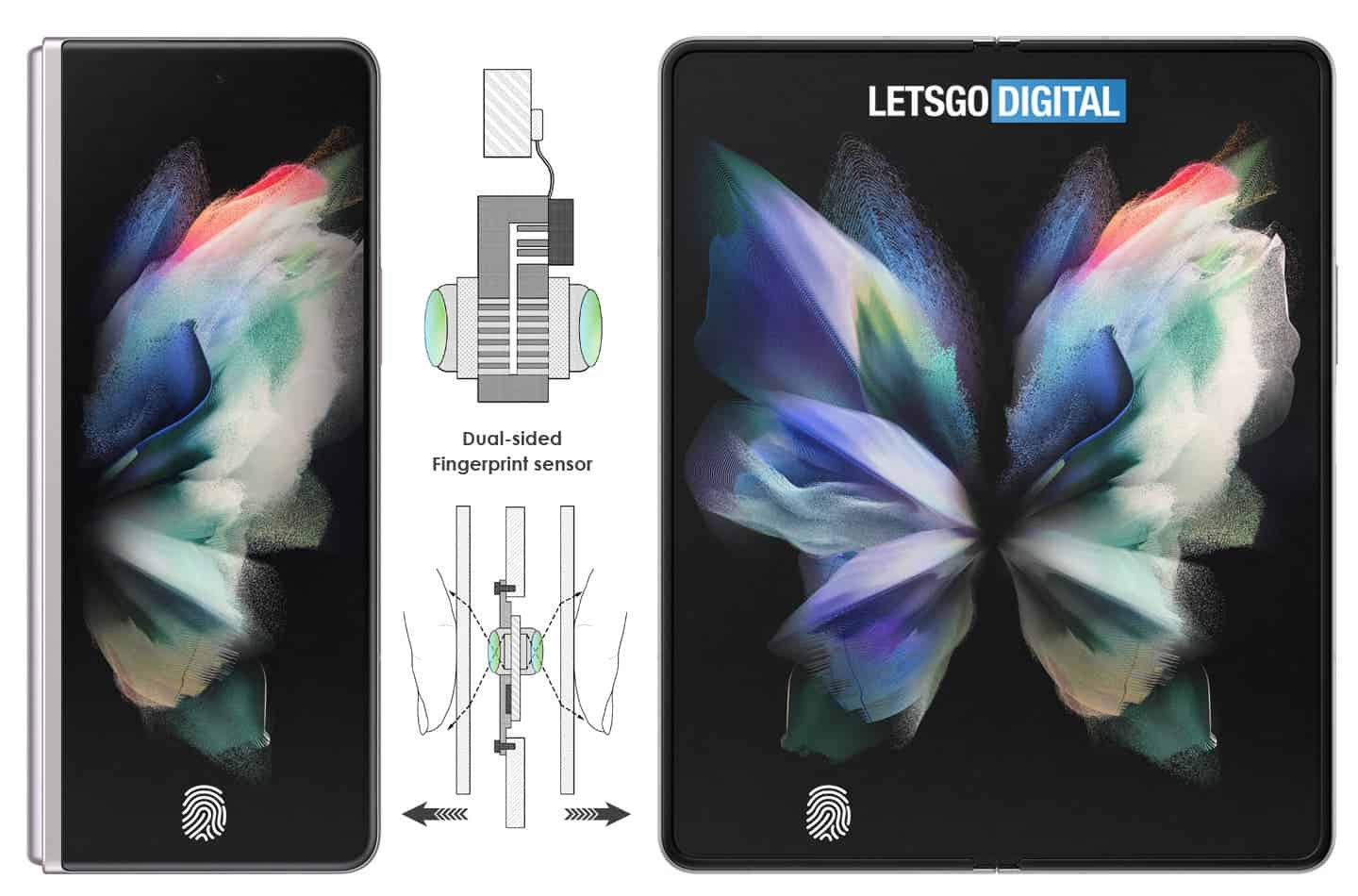 Samsung has announced the release of a new generation of foldable smartphones Galaxy W. The day after tomorrow, October 13 at 19:00 local time, the new flagship Samsung Galaxy W22 5G; belonging to the Heart of the World series, will be presented at the Chinese Grand Theater in Hangzhou.

Custom smartphones W-series Heart of the World are more “premium” products than flagships of the S and Note series. At the same time, the Heart of the World series was jointly developed by Samsung and China Telecom and bears the logo of the latter; it is expected that the new product will be even more expensive than the iPhone 13 Pro Max.

Next Redmi will abandon MIUI and have its own user interface

Galaxy Z Fold 4 gets FCC certification; ready to launch in the US