Apple’s iOS 15 stable rollouts haven’t been very stable so far… The new update was rolled out a few days after iPhone 13 series reveal and it came carried with bugs that somehow passed through the beta testing program. It was quite a surprise to see a new iOS upgrade coming with so many issues, and we assume that Apple had to overcome certain challenges imposed by the pandemic in the development of this update. This isn’t something strict to Apple as even Google unveiled its latest Android 12 at least a month later than usual and the update is still not ready for its Pixel smartphones. Coming back to iOS 15, Apple has been acknowledging the issues in the past few days and today is rolling out a fix that hopefully will address most of them. The new update carries iOS 15.0.2 and as its version suggests is an incremental update to iron out the first iteration of iOS 15.

The iOS 15.0.2 update is available for all eligible devices over the air in the Settings application. If you can’t deal with iOS 15 bugs anymore, just go to Settings >> General >> Software update to access the new firmware. According to Apple’s release notes, the update fixes an issue that could cause images to save to your Photo Library from Messages to disappear after the associated message or thread is deleted. 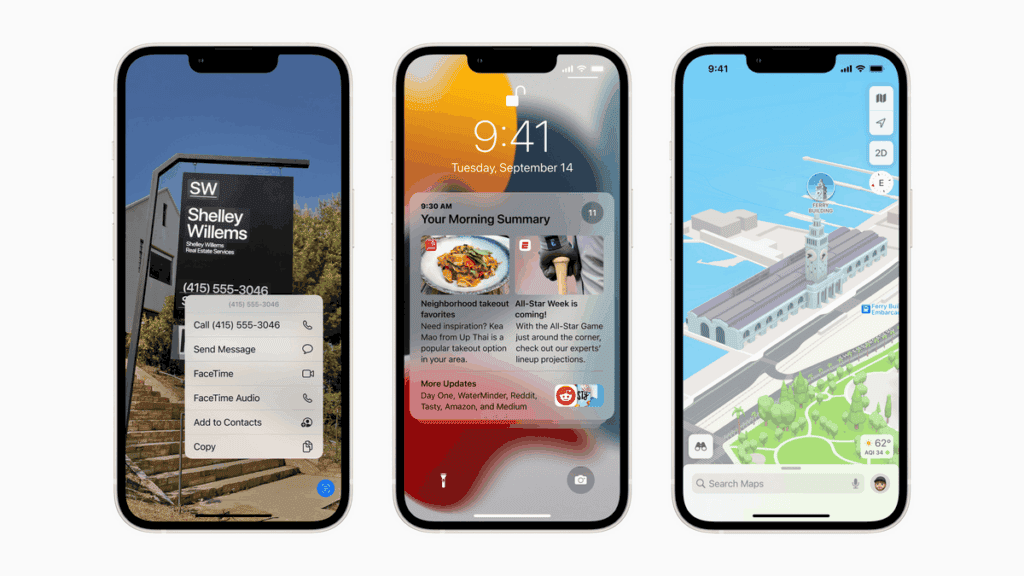 The new update also fixes the issue causing iPhone Leather Wallet with MagSafe to connect to Find My. Moreover, it addresses a bug causing AirTags to not appear in the Find My Items tab. There’s also a fix for a CarPlay bug that caused CarPlay to fail to open audio apps. Furthermore, there is a fix for an issue causing the device to restore or updates to fail. This bug appears mostly on iPhone 13 models when using Finder or iTunes. For a complete changelog of the update you can check below:

This update includes bug fixes for your iPhone:

Furthermore, Apple is also rolling out iPadOS 15.0.2 for iPad models. The tablet update comes with fixes for the Messages bug and the AirTag Bug. There is also a fix for a bug causing the device to restore or update to fail. It happens on an iPad mini 6 when using Finder or iTunes.

When it comes to security, Apple states that the new 15.0.2 update address a specific vulnerability. This issue allowed an app to execute arbitrary code with kernel privileges. According to the company, this issue could have been actively exploited.