Samsung has changed its smartphone business in the mid-range department with the Galaxy A and Galaxy M series. The lineup emerged in 2019 and finally introduced devices with specs that were comparable to those coming from Chinese brands. With these lineups, Samsung managed to reconquer its userbase in the affordable price category. The Galaxy A-series introduce smartphones from the low-end segment to the premium mid-range segment, the ladder starts with the Galaxy A10 series. After launching three generations, the company is preparing the terrain for a new generation with the Galaxy A13 5G. 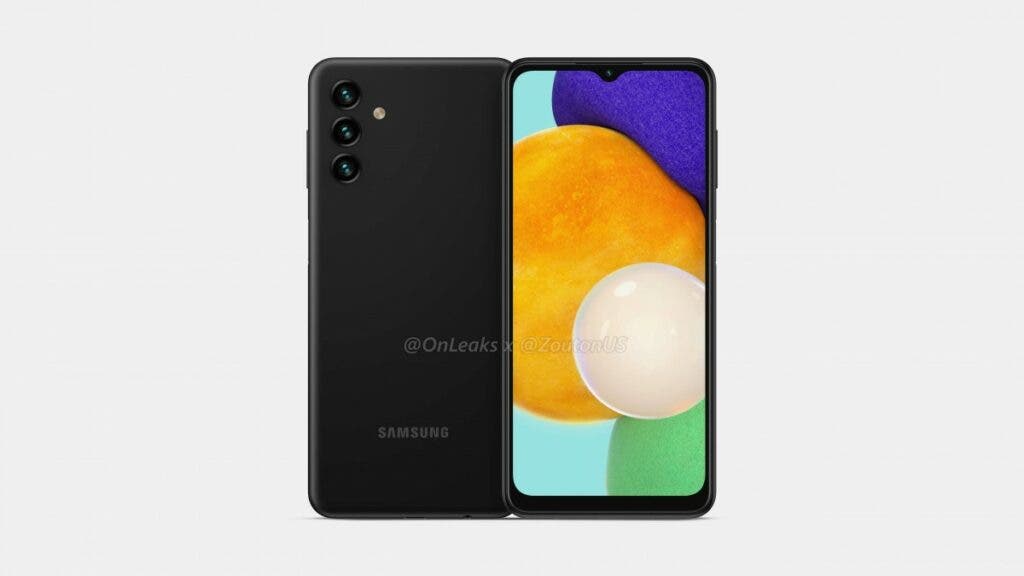 The end of 2021 is drawing near, and Samsung is already moving to the next 2022 generation of Galaxy smartphones. The Galaxy A series isn’t an exception, and the company seems to be gearing up to start the first 2022-tier smartphone in the form of Galaxy A13 5G. According to rumors, the new device will be the cheapest 5G smartphone from Samsung and will dethrone the Galaxy A22 5G. Today, the leaksters @OnLeaks and @Zouton have revealed high-quality renders of the smartphone showing the design.

The new smartphone has a plastic unibody design, but this time around, Samsung is leaving the camera island behind. Instead of a big camera protruding all three sensors stick out independently from one another creating a more distinctive look.

The device has a 6.48-inch IPS LCD panel and Samsung is giving it a Full HD+ resolution with 2,340 x 1,080 pixels resolution. The handset has a waterdrop notch for the selfie camera. It comes with a side-mounted fingerprint scanner that doubles as a power button. The camera setup is a 50 MP camera with an f/2.0 main camera, an 5 MP f/2.2 ultrawide snapper, and a third 2 MP depth sensor. The handset draws powers from a 5,000 mAh battery with 25W fast charging. There will be variants with 4 GB of RAM / 64 GB Storage and 8 GB of RAM with 128 GB of Storage.

According to reports, the device will sell in the US and Canada at $290. It’s not exactly a cheap smartphone when we look at the Chinese market. The device should be announced before the end of 2021 with wide availability starting in early 2022. The new smartphone will come in Black, White, Red, and Blue colorways. It will hit markets like India and Latin America.

More details will likely emerge in the upcoming months.

Next Discount coupons for IMILAB W12 and W11 smartwatches