Motorola has just released its new budget contender dubbed Moto E40. The company may be done with the refresh of the Moto E-series as new evidence points out to the existence of new Moto G-series smartphones. One thing to notice is that these devices are Moto G71 and Moto G51. Their numbers suggest that they belong to a new generation, perhaps early smartphones for the 2022 refresh. However, this is yet to be confirmed and the devices could appear this year.

The Moto G71 was recently spotted in an FCC filing, going by the XT2169-1 model number. The device was previously associated with the “Corfu” codename and the G71. This handset is a 5G smartphone with support for n5, n7, n66, n77, and n78 5G bands. Moreover, it’s a dual-SIM smartphone. The documents also mention an MC00 series charger and an NG50 battery pack with a 5,000 mAh capacity.

The device will come with NFC and a 3.5 mm headphone jack. The FCC filing does mention Moto MH191 earphones, and these are presumably coming with the smartphone confirming the availability of that port. 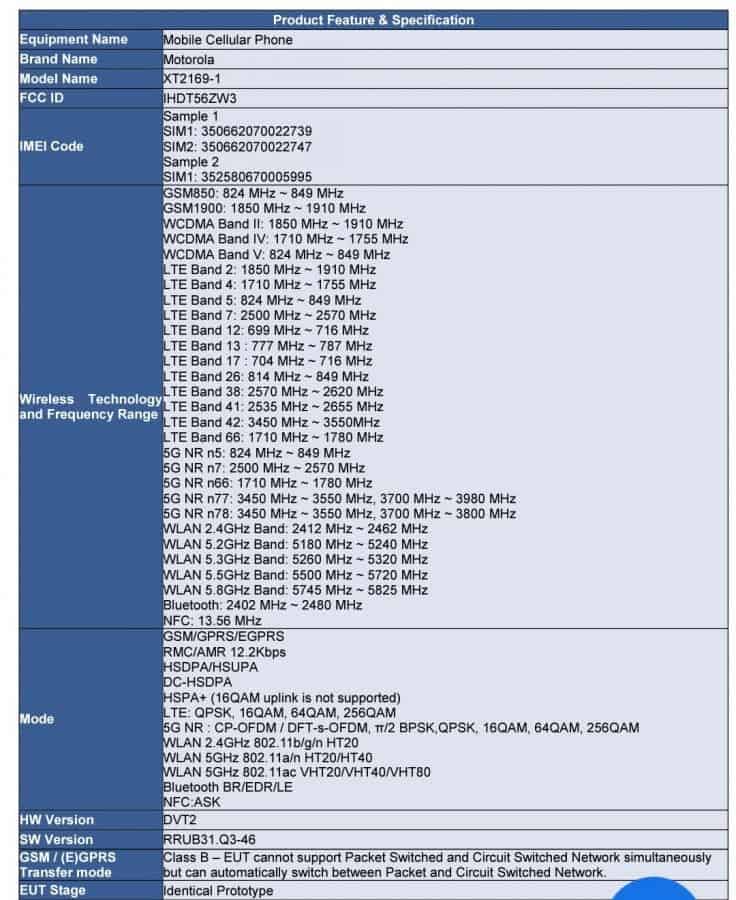 In addition to the Moto G71, new evidence also points out an upcoming Moto G51 5G. The device popped up on the GeekBench benchmark, but just a little information about it has been revealed. Under the hood, the device comes with the Qualcomm Snapdragon 750G which at this point is a plain mid-range chipset, the more basic in the SD7xx series with 5G connectivity. In addition, the handset has 4 GB of RAM and runs on Android 11 which also confirms it is coming this year as we find it controversial for a company to release a phone in 2022 without Android 12, even if it’s Motorola. The device scores 544 points in the single-core and 1,698 points in the multi-core department. 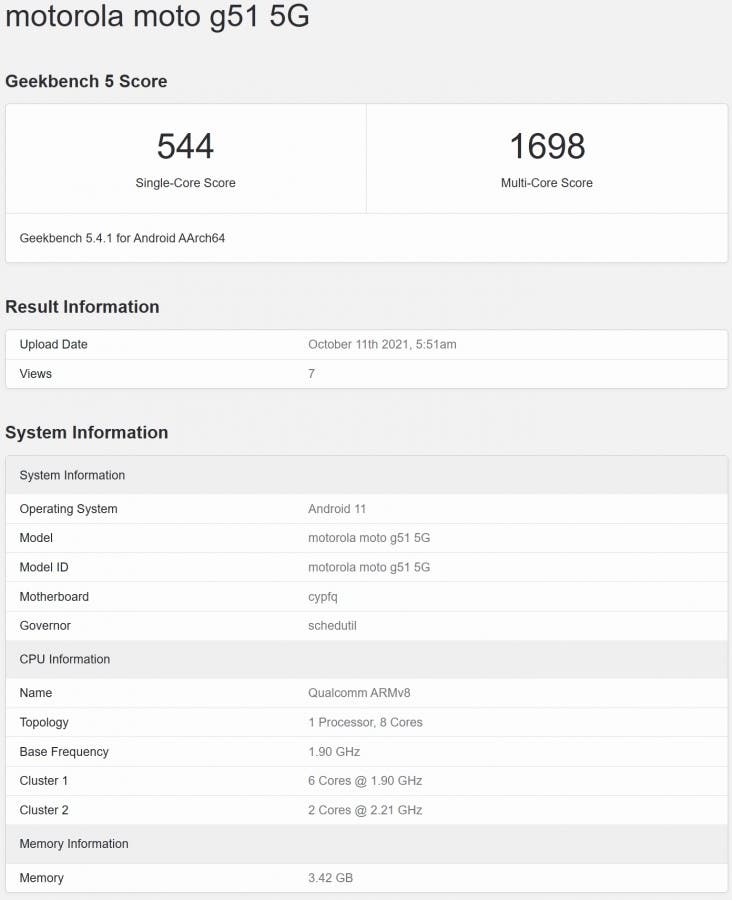 We haven’t heard much about a potential launch date yet. However, that should not be taking too long for now. After all, the FCC certification suggests that the device is already going through the required steps before release. Moreover, the G51’s benchmark test suggests that Motorola is doing final tests before the release of the handset. It’s not crazy to assume that these devices will hit the market later this month or early in November. We expect more details to come soon anyway.

Previous Oppo Reno7 specs and pricing info have been revealed