Telegram, a cross-platform messenger for smartphones and computers, has passed the milestone of 1 billion installs through the Google Play store. Thus, the application has got downloads for over a billion times by owners of Android devices.

The Telegram project was launched by Pavel Durov in 2013. This free messenger allows you to exchange text messages and multimedia files, organize group video calls for 1000 viewers, conduct voice chats with millions of listeners, and more.

It is important to note that 1 billion installs via Google Play does not reflect the total number of Telegram downloads. The fact is that the application is also available for Apple iOS devices, personal computers with Windows, macOS and Linux operating systems.

The messenger is very popular among Russian users. According to recently released data, Telegram generates more traffic in Russia than Facebook and WhatsApp combined – 6.8% versus just 0.5%.

And the recent global failure of Facebook’s services led to the fact that in just one evening, Telegram’s audience grew by 70 million users.

“Yesterday, Telegram saw a record growth in registration and user activity. The daily growth rate of Telegram exceeded the norm by an order of magnitude, and in one day we accepted more than 70 million refugees from other platforms, “ Said Pavel Durov the founder of Telegram. 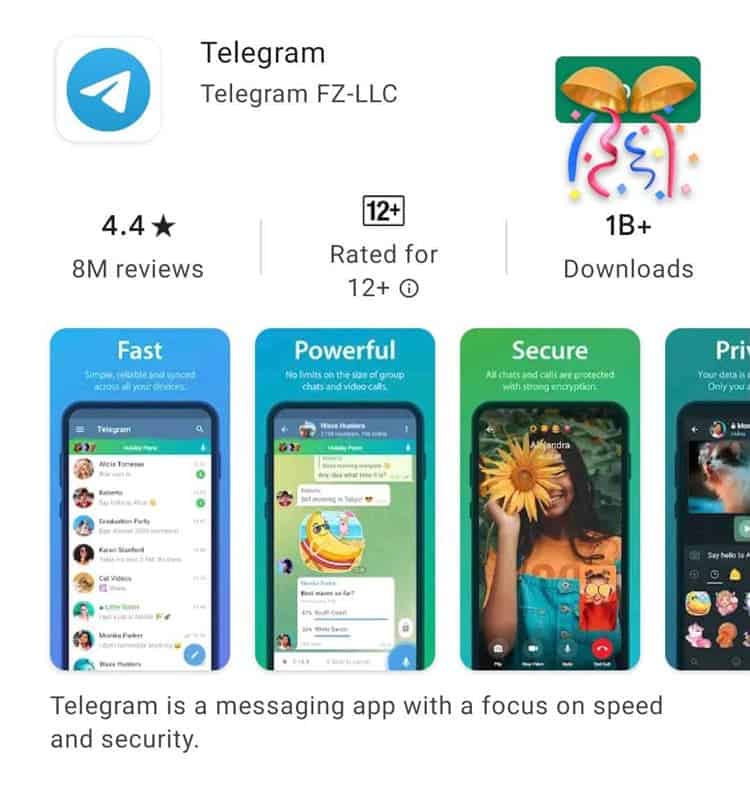 The Telegram messenger began to actively test sponsored messages. The resource Telegram Info drew attention to this. New information about advertising opportunities has appeared on the official Telegram translation platform.

According to the description, sponsored posts are ads from the messenger, not the channel management. In order to provide the service, Telegram will create a special website through which those who wish can purchase advertising. How the cost of publications will be calculated is not yet clear.

The maximum post length will be 160 characters. The company will not track user clicks in advertising publications and transfer information about activity to third parties. Also, the developers will prohibit posting links to third-party resources in them. Thus, customers will only be able to promote their posts on the platform. The description also states that during testing, income will not be shared with channel authors. The messenger intends to first cover its own expenses, after which it will begin to share funds with community owners.

We do not know when testing of new features will begin. It is also likely that this is not the final version of the service on the platform; and the company will change it.

Next Microsoft is probably working on building its own processor