The Realme GT Neo2 smartphone has gone on sale in India, just days after hitting the store shelves in the country. Realme is the fastest growing mobile phone brand in the world, and India is considered its biggest market. Last month, the company brought the feature-laden smartphone into the Chinese market, before starting its global rollout. The phone boasts an impressive array of features and offers a host of flagship-grade specifications.

The GT Neo2 smartphone was launched alongside a slew of other Realme products in India. These include gaming accessories, speakers, a streaming stick, and more. Moreover, the Realme GT Neo2 packs a Qualcomm Snapdragon 870 SoC under the hood. The handset ships with 12GB of RAM and offers a hefty 256GB of built-in storage capacity. Aside from that, the phone sports an E4 AMOLED display that offers a high refresh rate of 120Hz.

The Realme GT Neo2 with 8GB RAM + 128GB storage is currently up for grabs carrying a price tag of INR 31,999. Likewise, the slightly larger model that comes with 12GB RAM and 256GB onboard storage capacity will set you back INR 35,999. Moreover, you can choose from three eye-catching color options. These include Neo Green, Neo Blue, and Neo Black. 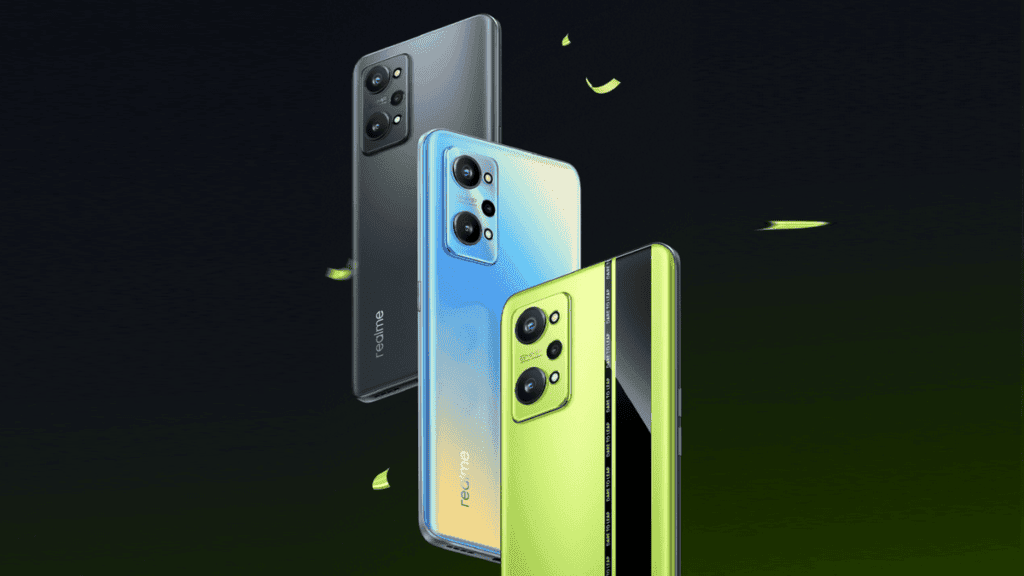 You can head straight to Realme.com, and Flipkart to get your hands on the newly launched Realme GT Neo2 smartphone. Realme GT Neo 2 went on sale in India starting from 12 AM (midnight) on October 16. Furthermore, Flipkart is offering GT Neo2 on EMIs that start at INR 1,094. However, Flipkart Plus was able to purchase the smartphone from 12 PM (noon).

The Realme GT Neo2 runs Android 11 OS with Realme UI 2.0 atop. The phone features a 6.62-inch Samsung E4 display with a Full-HD+ resolution, 120Hz refresh rate, DC dimming, and a peak brightness of 1,300 nits. Aside from that, the phone delivers a touch sampling rate of 600Hz and supports HDR10. As mentioned earlier, the phone comes with a Snapdragon 870 SoC and has 12GB of RAM. On top of that, it has 7GB of virtual memory (Dynamic RAM expansion).

In other words, the GT Neo2 is capable of using its onboard storage for a seamless multitasking experience. Moreover, the phone has three rear-mounted cameras. These include a 64MP main camera, an 8MP ultra-wide-angle camera, and a 20MP macro shooter. The phone houses a 16MP front shooter for selfies. The phone ships with up to 256GB of UFS3.1 storage. On top of that, it offers a myriad of connectivity options.

The GT Neo2 features a USB Type-C port, NFC, GPS/ A-GPS, Bluetooth, Wi-Fi, 4G LTE, and 5G. For additional security, the handset has an in-display fingerprint sensor. A robust 5,000mAh battery that supports 65W SuperDart fast charging powers up the entire system. According to Realme, the GT Neo2 can be charged from 0 percent to 100 percent in just 36 minutes.