The Realme GT Neo2 was revealed as the fifth member of the growing GT series of flagship and flagship-killer smartphones. The handset was revealed in China at the end of September, and a few weeks later in October reached the Indian market. This month, the device was unveiled in Thailand and Malaysia, and now it is making its way to the European continent. Now, we can pretty much say that the Realme GT Neo2 is available globally. The device brings massive improvements over its predecessor and also is the best smartphone in the lineup when it comes to battery life. 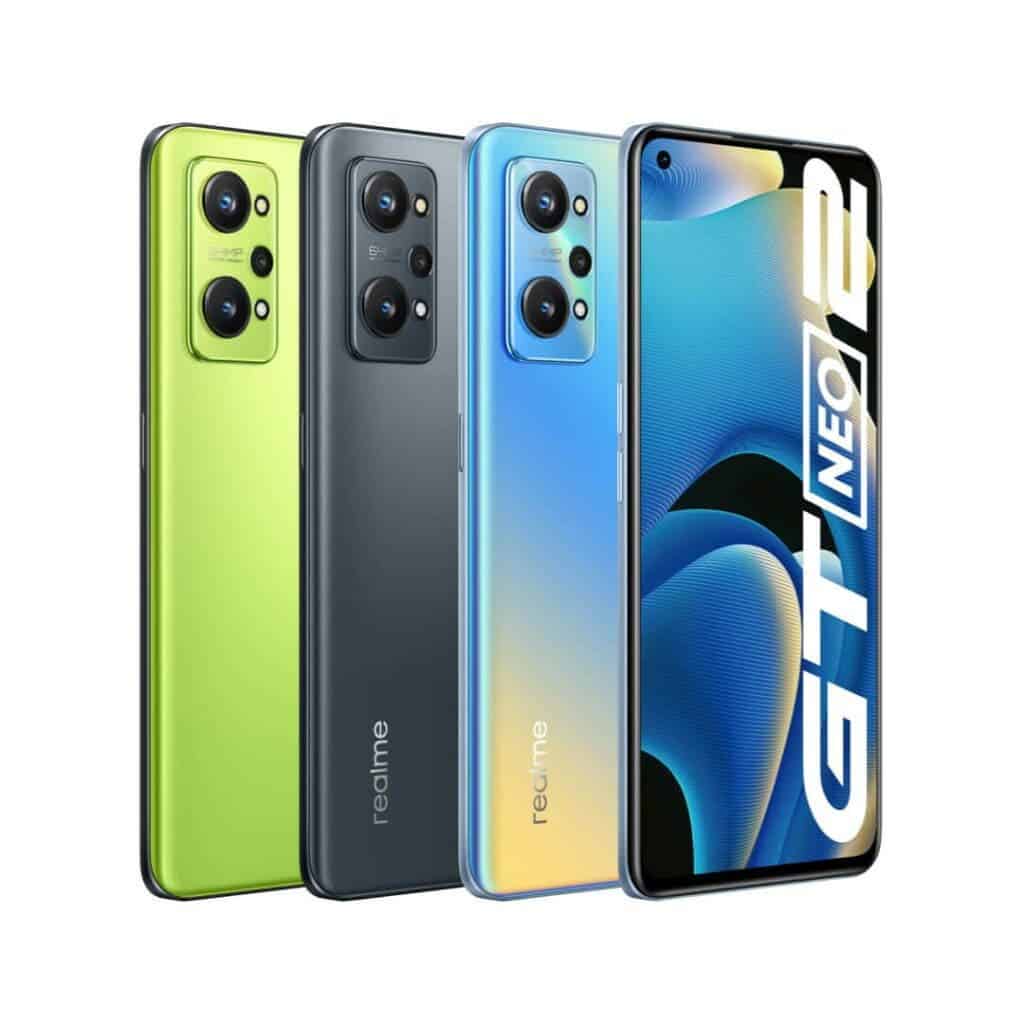 The Realme GT Neo2 for starters comes to succeed the Realme GT Neo that arrived in March this year. The original device was powered by the MediaTek Dimensity 1200 SoC and was a more cost-effective approach over the Snapdragon 888-powered Realme GT 5G. Interestingly, this device didn’t reach India in its original form but adopted a Realme GT Max 5G. The Realme GT Neo2, however, is reaching all the markets with its original moniker.

The GT Neo2 brings major improvements in screen, processor, and battery life. First of all, the device has a larger 6.62-inch AMOLED display with a 120 Hz refresh rate and 600 Hz touch sampling rate. That’s the biggest display in the entire lineup and boasts a Full HD+ resolution with 2,600 x 1,080 pixels. There is a top-left aligned punch-hole for the 16 MP selfie snapper at the front. Under the hood, the smartphone carries the Qualcomm Snapdragon 870 SoC. This processor has a fair advantage over the Dimensity 1200 in terms of performance and also in the GPU department.

Furthermore, the new smartphone brings the largest battery of the lineup with a 5,000 mAh capacity. This is awesome when combined with the 65 W fast-charging capabilities. In terms of optics, the device has a 64 MP main camera and an 8 MP ultrawide snapper. One of the most interesting details is that the device ships with Android 12 and Realme UI 3.0 straight out of the box. That’s the first smartphone with Android 12.