Xiaomi is constantly getting some kind of patents related to smartphones and other electronics. Some of it manages to come to life, but something remains to gather dust on the shelf. Time will tell what fate awaits the company’s next patent, which has recently appeared on the network. The patent application itself was filed back in September last year, but information about it appeared only now.

The patent documentation shows a Xiaomi smartphone with rounded corners. The front panel shows the display, which has also received rounded edges and corners, as well as curved bezels on the sides. Here, the front camera is inscribed in the upper left corner.

The main camera is impressive in its size, which received a large main sensor. Below it is a smaller sensor and a zoom periscope. Completing this ensemble is an LED flash located at the very bottom. Judging by the set of sensors, the device should be of the flagship level. But whether such a smartphone will appear in the future, there is no information. 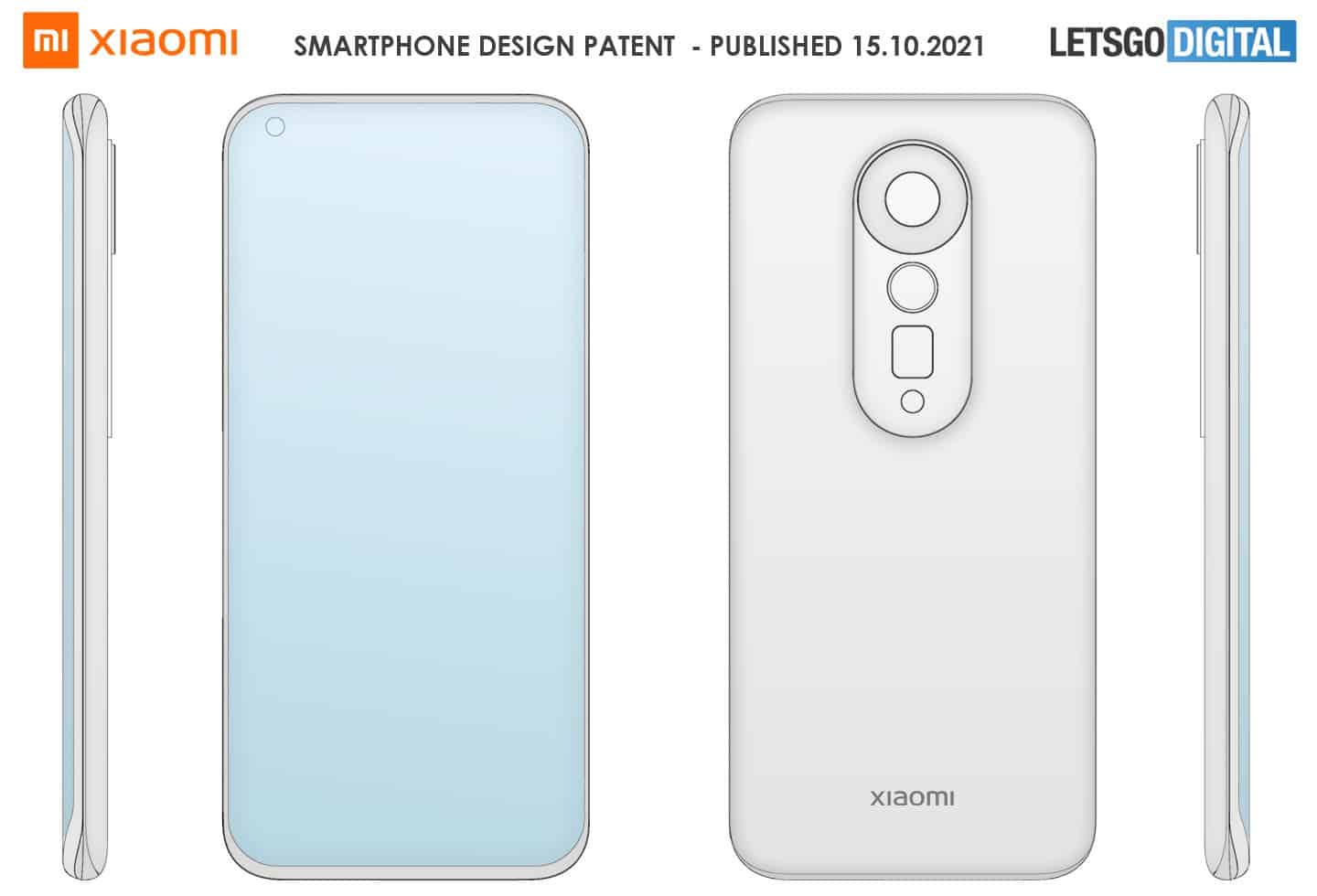 It is a modern Xiaomi phone with round corners and a curved display. The device has very narrow screen edges, only a small bezel is visible at the top and bottom. A punch hole is available in the top left corner for the selfie camera. The screen is also further rounded than, for example, is the case with the Mi 11 series.

The curved screen and the narrow screen edges give rise to the suspicion that it is a high-end mobile phone. We get a confirmation of this thought when we look at the triple camera on the back.

The triple camera is available prominently in the center of the housing. A large main camera is available here. It may be a 108MP camera, as Xiaomi often uses. In addition, a relatively small round camera (presumably with an ultra-wide-angle lens) and a rectangular-shaped periscopic telephoto zoom camera are visible. Also, a flash is available directly below it.

It is somewhat remarkable that Xiaomi places such a large camera system in the middle of the device. Such a camera takes up quite a bit of space. Partly for this reason, more and more manufacturers choose to place the camera in the top left. Despite this, there are more Xiaomi phones available with a centrally located camera, such as the  Redmi Note 9T.