OnePlus Watch Harry Potter Edition smartwatch has launched in India with awe-inspiring features and a reasonable price tag. The Chinese consumer electronics company took the wraps off its new wearable. The OnePlus Watch variant came in two color options earlier this year. However, the company unveiled a Cobalt edition of the smartwatch with a green strap and a gold-tinted dial.

The original OnePlus Watch was launched earlier this year. Now, the company has introduced its latest offering in the form of the new OnePlus Watch Harry Potter Edition. This special edition OnePlus smartwatch draws inspiration from the fan-favorite Harry Potter fictional movie franchise. The wearable has a special strap with the Hogwarts logo embossed.

The newly launched OnePlus Watch Harry Potter Edition is priced at INR 16,990 in India. Earlier this week, noted tipster Yogesh Brar suggested that the wearable could retail for INR 19,999 in the country. The tipster suggested that it was the box price (MRP). The new edition will go on sale starting from October 21. It will be up for grabs via offline OnePlus Experience Stores, Red Cable Club app, OnePlus Store App, and OnePlus.in.

Launch in the coming days

You can save INR 1,000 if you place your order using an ICICI Bank or a Kotak Bank Card. Moreover, consumers can take advantage of the early access sale which kicks off on October 20 at 12:00 PM IST via the OnePlus Store App. When you switch on the special edition OnePlus smartwatch, the iconic Harry Potter logo pops up. Aside from that, it has dynamic watch faces of the four houses including Ravenclaw, Slytherin, Hufflepuff, and Gryffindor, according to a report from NewsBytes.

As if that weren’t enough, the wearable offers an impressive array of UI options. These include animations, fonts, icons in the menu screen, and more. Furthermore, the OnePlus Watch Harry Potter Edition features a vegan leather band. The watch is housed in a corrosion-resistant case that features a lightning bolt on the power button. This is a reference to Harry Potter’s scar. 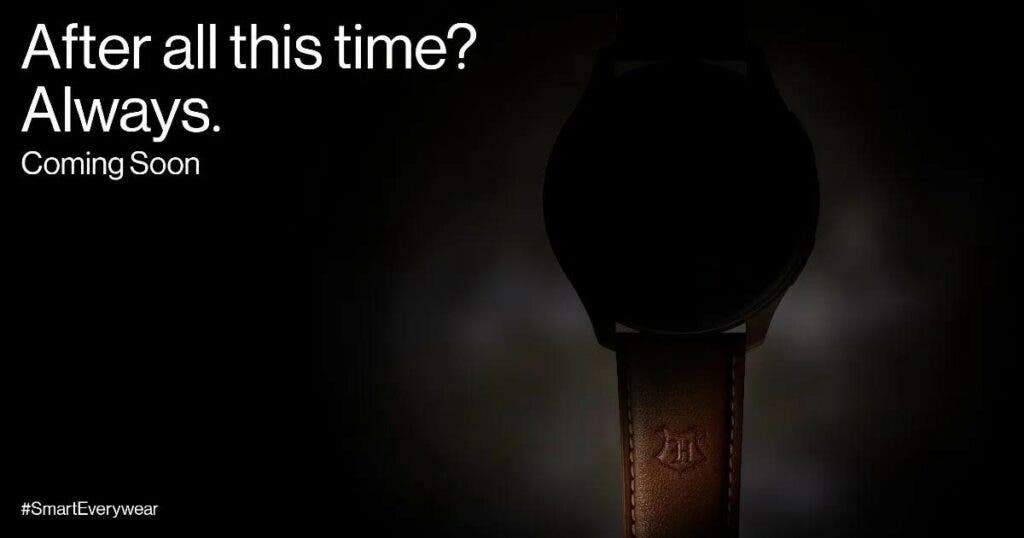 Moreover, the watch sports a 1.39-inch AMOLED display that delivers 454 x 454 pixels resolution. It carries 5ATM and an IP68 rating for water resistance. Aside from that, the smartwatch offers over a whopping 110 workout types. The battery of the watch can last a full day with just a 5-minute charge. It runs software based on RTOS. On top of that, it has a host of useful features such as SpO2 monitoring, sleep tracking, stress tracking, heart rating monitoring, and more.