On October 20th at 14:00 (Chinese time), Oppo will hold the “Oppo No Routine 11.11 Press Conference”. At this event, the company will officially unveil the new Oppo K9s 5G smartphone. Today, the company released another poster that shows that this device will come with a huge 5000mAh super battery. In addition, the poster reveals that this device will support 30W VOOC flash charging. 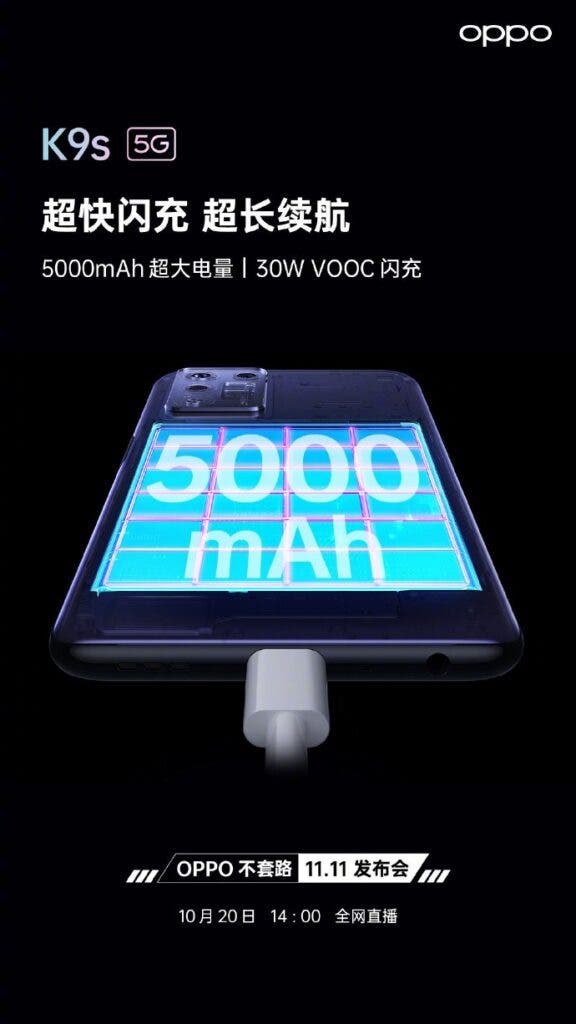 The Oppo K9s is actually an upgrade of the K9. The former comes with a significantly better configuration relative to the latter. However, the charging speed of the Oppo K9s is much slower than that of its predecessor. Oppo K9 comes with a 4300 mAh battery that supports 65W fast charging. The company does not use this technology on the K9s probably because of the charging heat issues. 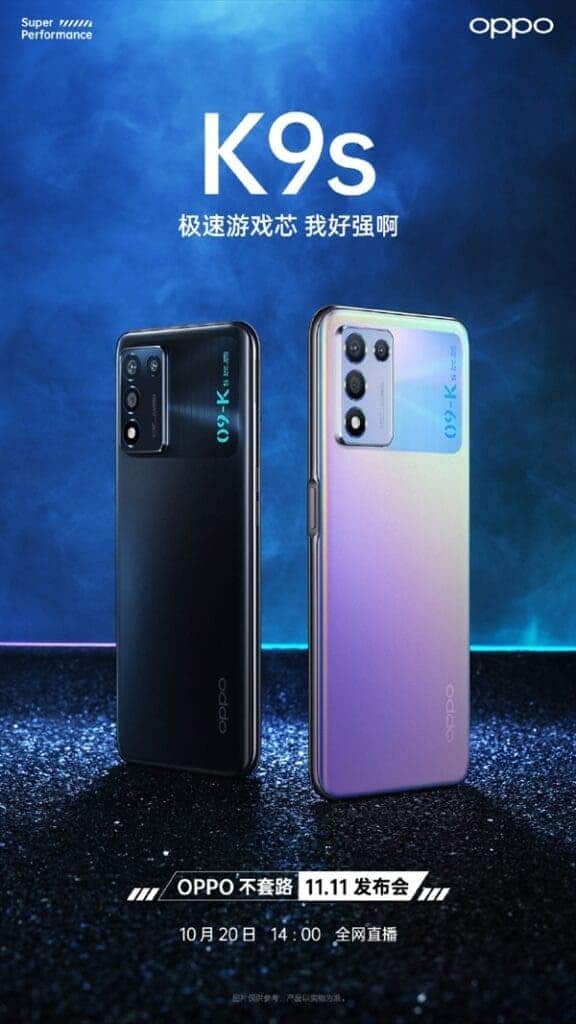 In addition, the Oppo K9s screen refresh rate upgrades to 120Hz from 90Hz on the Oppo K9. On the whole, the screen, performance, and power have been improved. We also expect the charging heat to decrease and the overall experience will improve significantly.

In the camera department, a previous poster shows that this new smartphone will use a 64MP triple camera setup. As of now, there are no details of the supporting sensors. However, the Oppo K9 comes with a 64MP main camera, 8MP ultra-wide-angle sensor, and a 2MP macro camera. 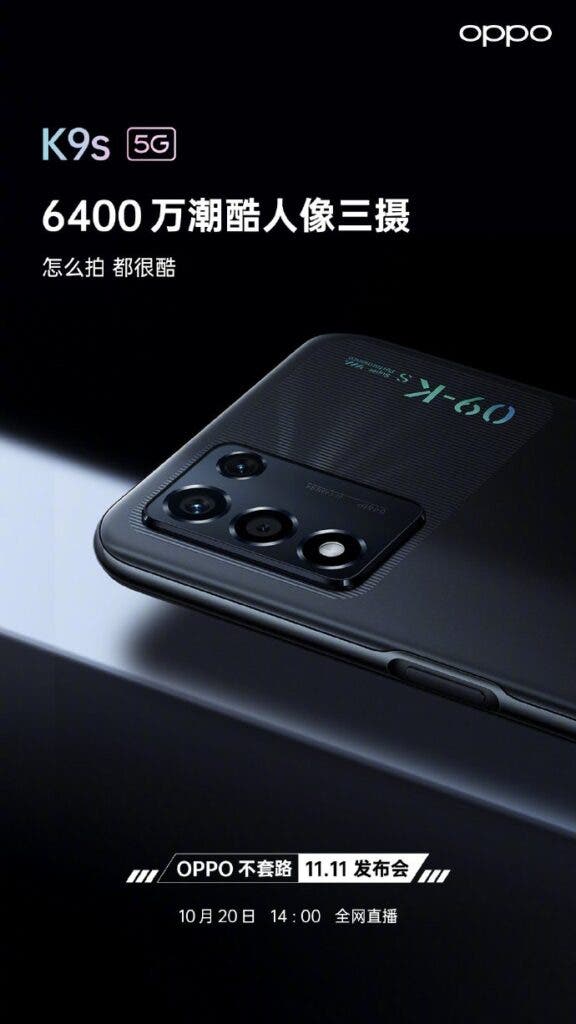 In addition to the decent processor, the phone will come in options with 6 GB of RAM and 8 GB of RAM. Apparently, both variants will come with 128 GB of Internal Storage. For now, we don’t know if the device will have some sort of slot for memory expansion. Moving on, the device will have a 120 Hz screen with 6-level refresh rates. Moreover, there will be an X-axis linear motor, 4D vibrations for immersive gaming. The package of specs will come in three distinct colorways.

The screen will come with a 6.59-inch diagonal and will have a Full HD+ resolution. It’s a common LCD in case you’re wondering. As a result, the fingerprint scanner will come in the side and will double as a fingerprint scanner. The selfie snapper users a 16 MP snapper. The Oppo K9s will have a 3.5 mm headphone jack and a USB Type-C port. This device is 8.52 mm thick and weighs 199 grams.