Today, Vivo officially announced that the Vivo family will add more “fighters” tomorrow. The Vivo series, Vivo T1 will be officially released on October 19. In its recent Weibo post, Vivo claims that this new T1 series is a “hero”. It appears that Vivo has high expectations for this new series. Presently, Vivo has three series that focus on different aspects. The Vivo Nex series is its high-end flagship series while the X series focuses on the camera. In addition, the S series focuses on selfies. Now, Vivo is about to release the T1, a member of the new T series. 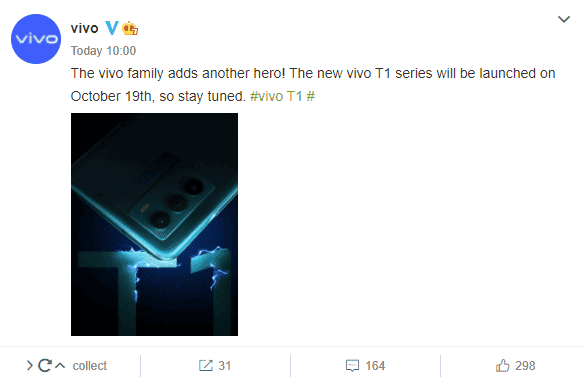 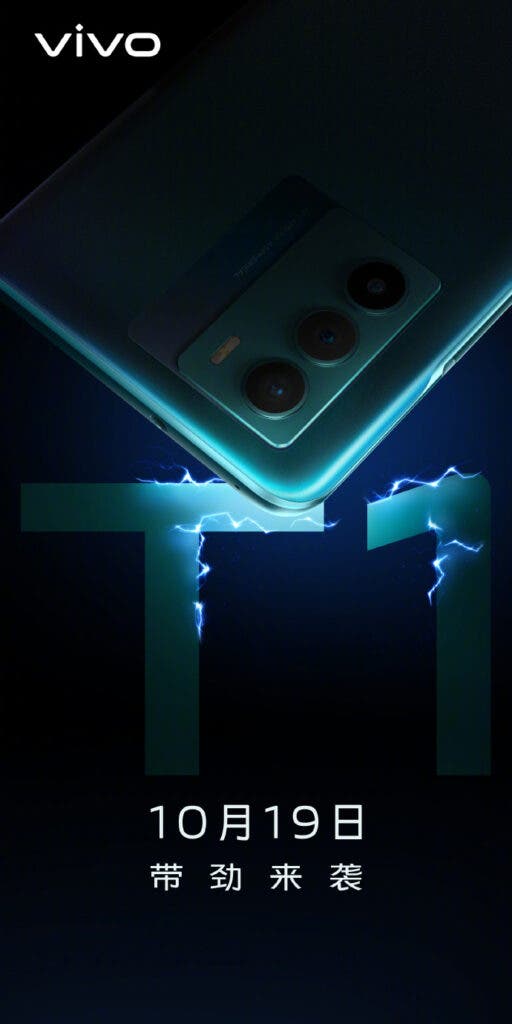 The renders posted by @DCS suggest that one of these smartphones will sport a waterdrop notch display. Moreover, this device is likely to come with two cameras at the back. The other handset will house a triple camera set up at the back and sport a punch-hole display. Moreover, the leaker has shed light on the specifications of the Vivo T1, and the Vivo T1x smartphones. The leak suggests that the phones will feature a high refresh rate LCD display. Earlier this month, two Vivo phones passed through the 3C certification and TENAA website.

Considering Vivo’s expectations for this series, calling it a “hero”, we expect some surprises at the launch event tomorrow. Probably, this series will have an attractive starting price.