Lockdown again, and many students are looking for better smartphones to replace their current models. But there are various groups of students. Some want and can afford top-end models, the seconds want cost-effective smartphones, and the thirds are looking for entry-level models. We have collected three sets of new smartphones that should be good options for you.

The first model we want to talk about is the Samsung Galaxy F42. It’s a low-end device that also supports 5G networks. Apart from this, the smartphone also comes with a triple-camera, featuring a 64MP camera and night mode support. 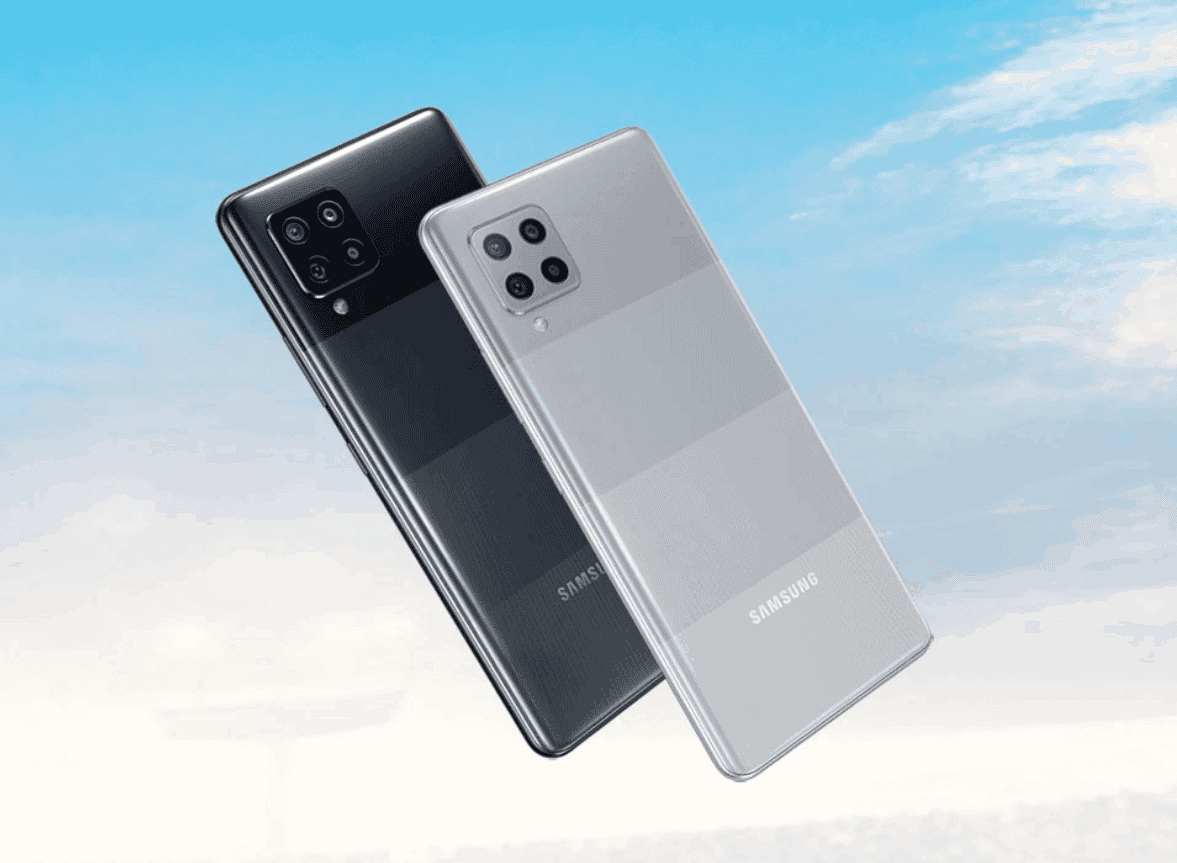 The 6.6-inch screen has an FHD+ resolution. Furthermore, the Galaxy F42 5G draws its juices from a 5,000mAh battery. The processor inside is the Dimensity 700 chip, which is paired with 6GB / 8GB RAM and 128GB onboard storage. The phone runs on Android 11 so you will get all those goodies coming our way from the latest version of Google’s mobile operating system.

The Nokia G300 can be an ideal entry-level smartphone for students if you are not going to spend much on a new model. This is the most affordable 5G Nokia phone on the market.

The water-drop notch display has a size of 6.52 inches and an HD+ resolution. The rear triple-camera includes a 16MP main camera, while the selfie shooter has an 8MP resolution. 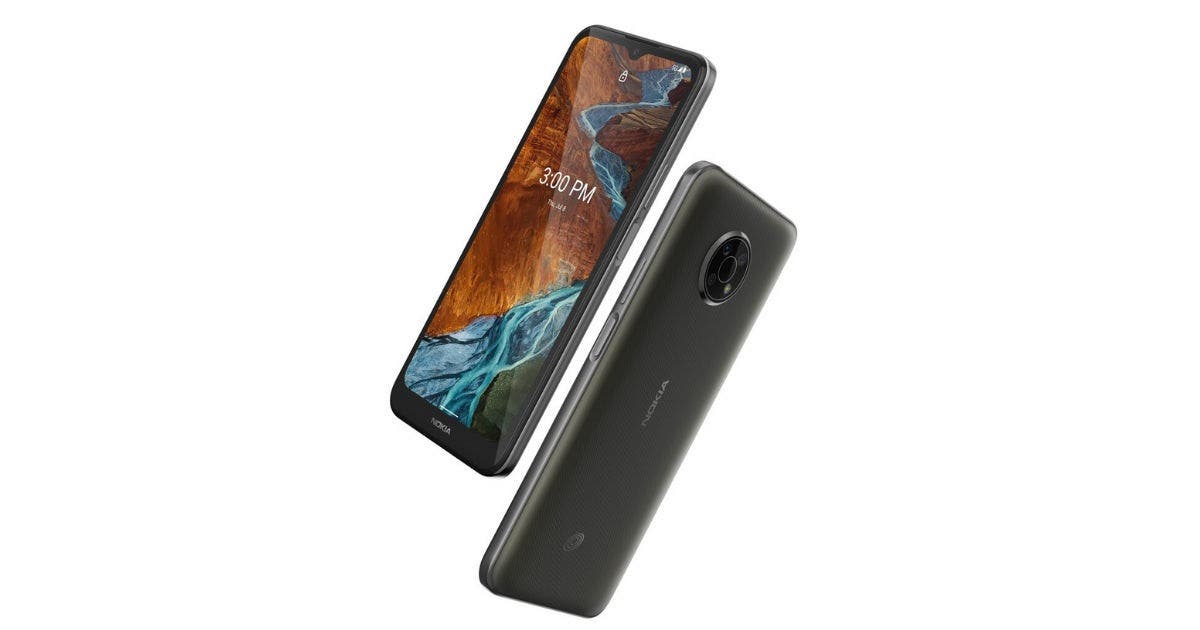 Under the hood, it carries an octa-core Snapdragon 480 SoC. The latter is accompanied by 4GB of RAM and 64GB of internal storage., and a 4470mAh battery that has 18W fast charging support.

It’s a classic entry-level smartphone coming with MediaTek’s Helio G25. It is at the bottom of MediaTeks’ range of chips. Apart from this, there is 3GB of RAM and 32GB of native storage. Though storage is limited, you can expand it through a micro SD slot. The device draws its powers from a 4,000 mAh battery. The device charges through a USB C port that is limited to 10 W charging with the supplied adapter. The phone should stay alive for two days on a single charge. 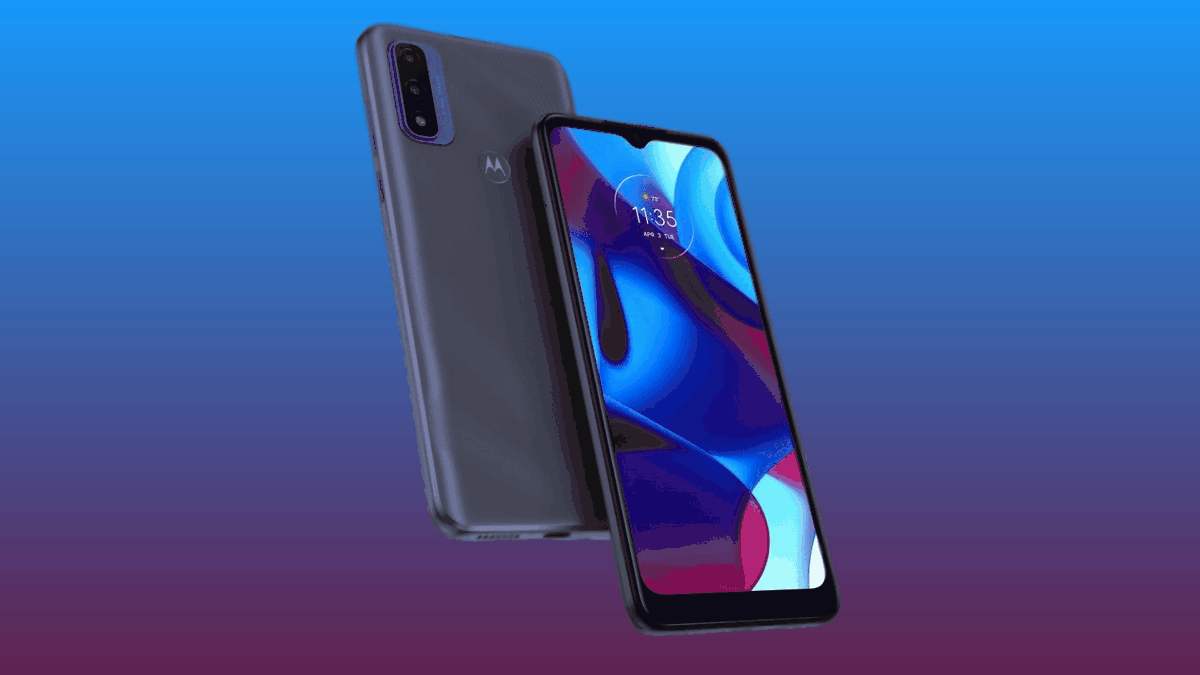 This budget smartphone ships with Android 11 straight out of the box. It also has a basic IP52 rating. As for the screen, it is a 6.5-inch IPS LCD with 1,600 x 720 pixels of resolution. The device has a waterdrop notch housing a 5 MP front-facing camera. On the rear, we can see a dual-camera setup with a 13 MP main snapper and a 2 MP depth sensor.

The OPPO A55 is another low-end smartphone for students. At least, it supports 5G connectivity with an affordable price tag.

The A55 sports a 6.5-inch IPS LCD display which comes with an HD+ resolution. Also, the display has a 60Hz refresh rate, a brightness of up to 550nits, and a touch sampling rate of 120Hz. Inside, it hosts an Helio G35 processor and it ships with 4GB/6GB of RAM and 64GB/128GB of storage. 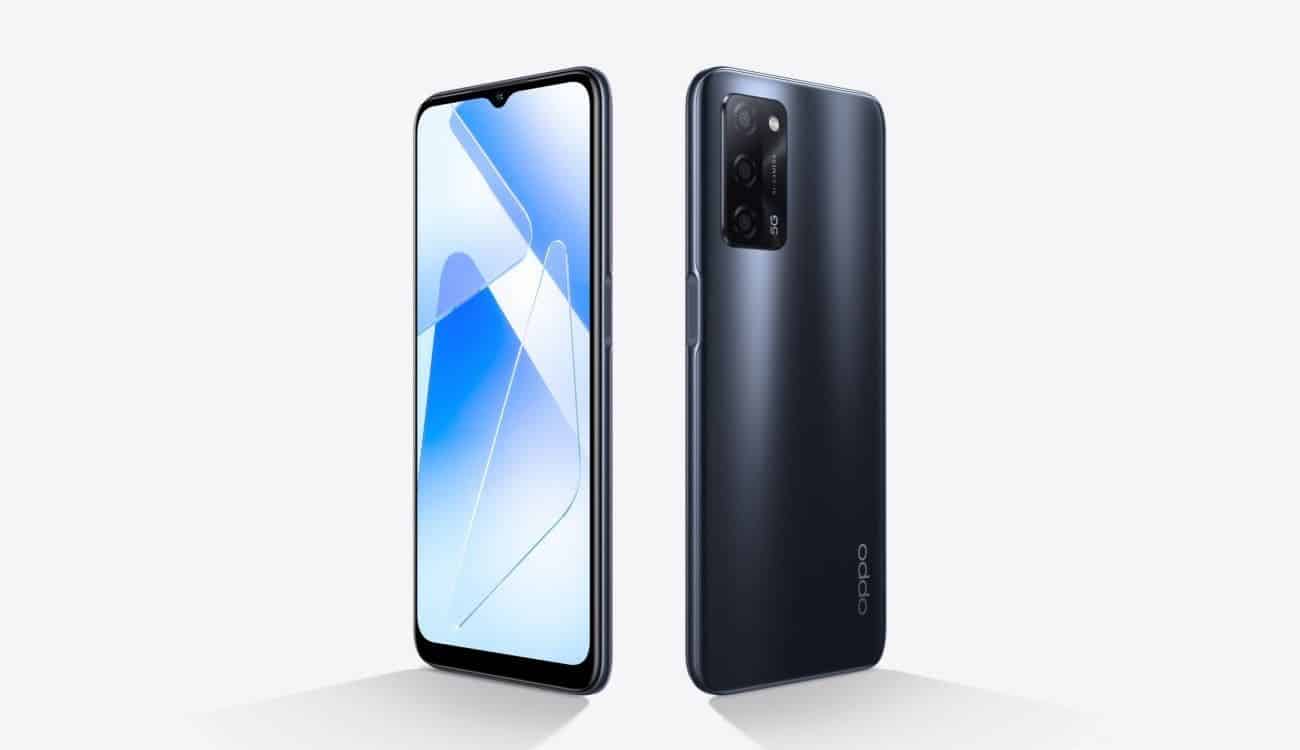 Our protagonist runs on Android 11 OS out of the box with ColorOS 11.1 atop. As for the camera, the OPPO A55 houses a three-camera on the back, which includes a 50MP main camera, a 2MP depth sensor, as well as a 2MP macro lens. On the opposite side, there is a 16MP shooter for selfies and video calling. A 5,000mAh battery with 18W fast charging support powers up the entire system.

The Realme Narzo 50A sports a 6.5-inch LCD screen with HD+ resolution and a waterdrop notch. Like the model above, it offers just a standard 60 Hz refresh rate. As you guess, the notch on the front is for the selfie shooter, which has an 8 MP resolution. Moving around to the back, we can find a 50 MP camera. Though the rest two sensors have 2MP resolution, this is for the first time when the Realme Narzo series comes with a large lens. 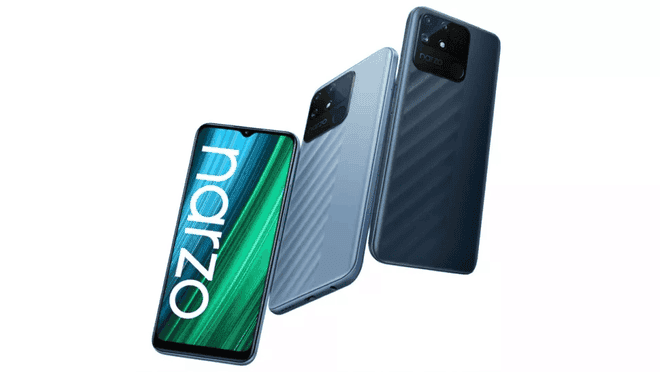 Inside, we can find a MediaTek Helio G85 chipset. The handset is paired with 4 GB of RAM and 64 GB or 128 GB storage.

The selling point of the phone is its massive 6,000mAh battery that charges over USB-C at up to 18 W speeds. It also runs on Android 11 OS with Realme UI 2.0 on top.

when thinking of the best mid-range smartphones for students, the iQOO line models always come to our minds first. Like Redmi models, they are cost-effective handsets with decent specs lists.

The phone features a 6.58-inch display with a resolution of 2400×1080 pixels. Plus, the refresh rate is 120 Hz, whereas the response rate of the touch is 240 Hz. The selfie shooter has an 8-megapixel sensor, and the main camera on the back consists of 50 MP and 2 MP lenses. 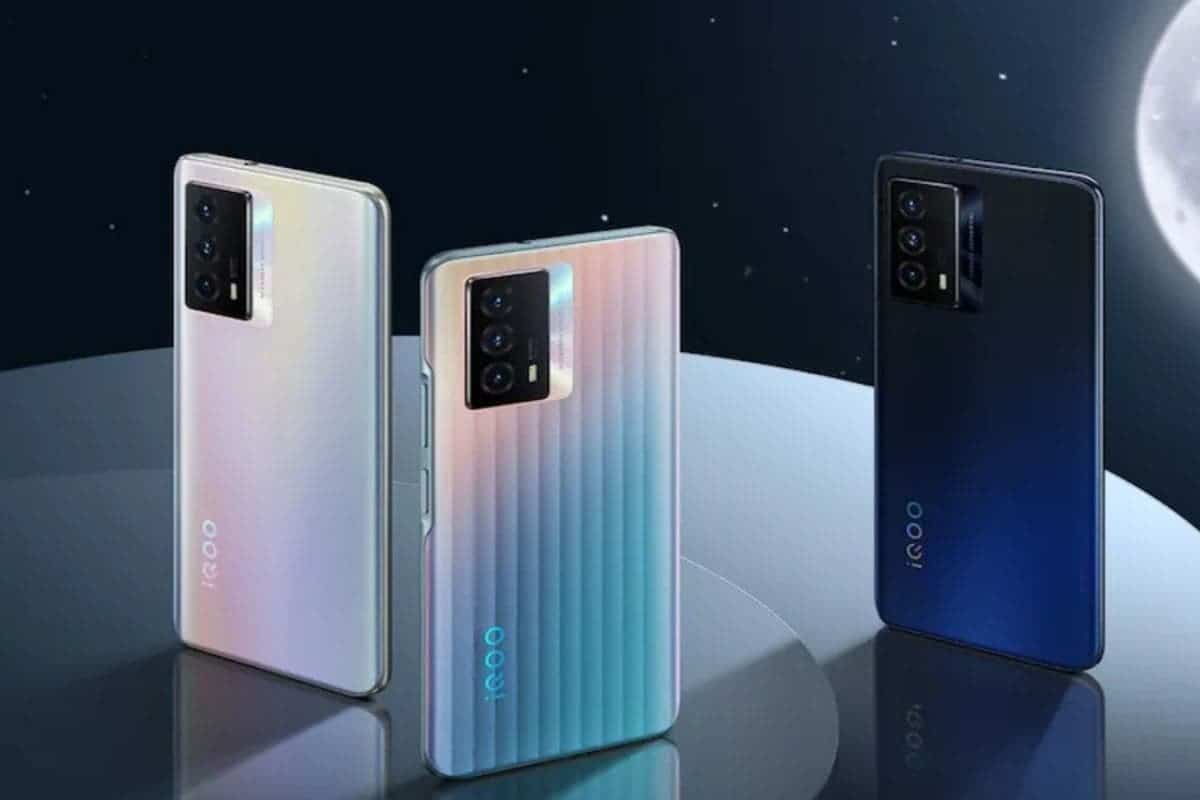 Under the hood, we have a 6-nanometer Dimensity 900 chipset coupled with 8 GB of RAM. Also, there are two storage options of 128GB and 256 GB. The 5000 mAh battery supports a 44-watt fast charging. The phone supports two SIM cards, Wi-Fi 6, Bluetooth 5.0, GPS, a USB Type-C port, a liquid cooling system, and a 3.5 mm headphone jack. Of course, our protagonist works under the control of the Android 11 operating system with the iQOO UI shell.

The Samsung Galaxy M52 comes with a 6.7-inch Super AMOLED display with a resolution of FHD+ and an Infinity-O notch to the top. It is also protected by Corning Gorilla Glass 5.

The phone sports the Qualcomm Snapdragon 778G SoC with Adreno’s 642L GPU. The maximum memory capacity is 8GB, while the largest storage you can choose is 128GB. The 5000mAh battery supports 25W fast charging. 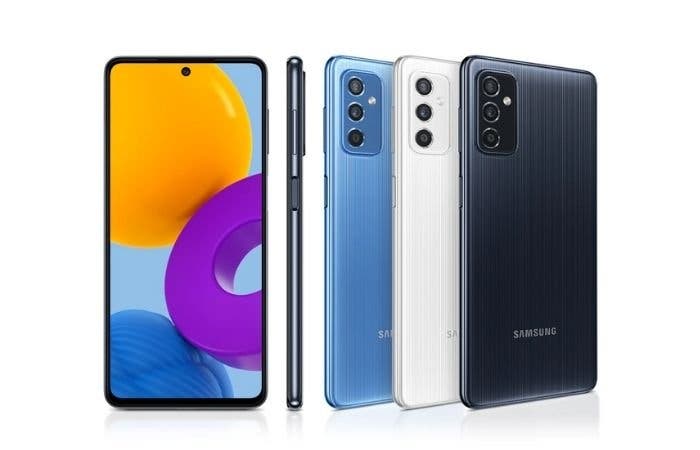 The back panel of the phone has a triple camera with a primary 64MP shooter coupled with a 12MP ultra-wide shooter and a 5MP depth sensor. The selfie shooter has a 32MP resolution.

Among the best mid-range smartphones for students, we chose OPPO K9s. The latter features a 120Hz high refresh screen and it comes with the Qualcomm Snapdragon 778G processor. Apart from this, there is a 64MP AI main camera. But it’s not alone. There are two other sensors in face of an 8MP super wide-angle and a 2MP macro camera. Under the hood, this device has a huge 5000mAh battery, which supports 30W smart flash charging. 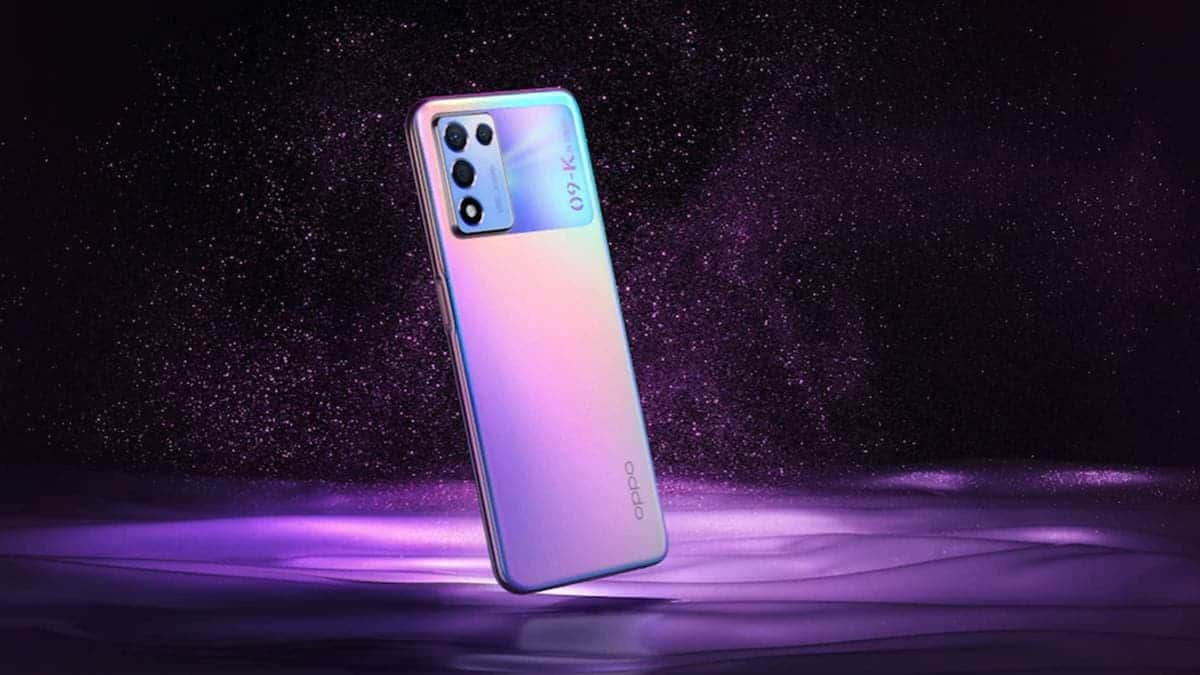 One of the most interesting parts about this phone is the flagship X-axis linear motor, which is comparable to the crisp vibration of a mechanical keyboard, making typing a pleasure. When playing games, it can get feedback vibrations in real-time according to different guns and vehicles. Thus, it can bring an immersive experience to 4D gaming.

Another interesting feature, the Oppo K9s comes with is the graphite sheets up to 0.15mm thick for the first time. This increases the heat flux by about 50% and effectively reduces the diffusion thermal resistance. Simply put, this makes the heat dissipation of this smartphone better.

Inside, we have an octa-core Qualcomm Snapdragon 720G SoC. Aside from that, it comes with a highly competent Adreno 618 GPU, according to a report from Gadgets360. The 6GB memory uses LPDDR4X RAM and offers up to 128GB of onboard storage capacity. The 5,020mAh battery supports 18W fast charging. 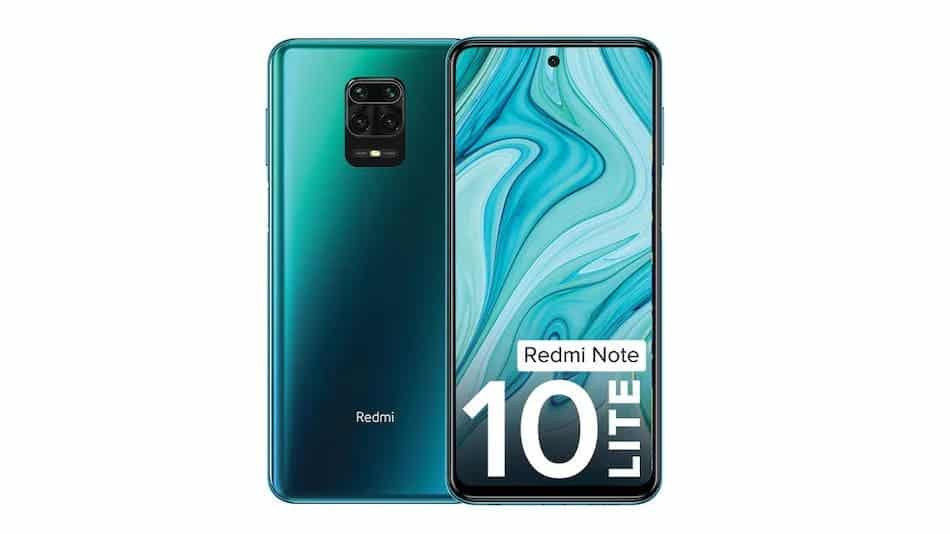 The Black Shark 4S Pro comes with a Snapdragon 888 Plus processor, the full-blood version of LPDDR5 memory, the enhanced version of UFS3.1, and a dual-disk array 2.0 composed of customized SSDs.

Also, it sports a 6.67-inch Samsung AMOLED screen. The latter has some highlights such as an E4 luminescent material, 144Hz ultra-high screen refresh rate, and a 720Hz multi-finger touch sampling rate.

As a gaming phone, the Black Shark 4S Pro adopts an upgraded version of the magnetic power shoulder button. The latter has evolved to a 7-pole magnet.

Moreover, the phone boasts built-in up to 11 temperature sensors, providing a global temperature monitoring of the whole device.

The phone runs the JOYUI 12.8 system.

The OnePlus 9RT features a 6.62-inch display. The panel is a Samsung E4 AMOLED panel with 2,400 x 1,080 pixels of resolution and a 20:9 aspect ratio. Other than that, the display supports HDR 10+ and sRGB and P3 color modes. Lastly, the screen offers a 120 Hz of refresh rate and a 600 Hz touch sampling rate for instant reactions. This is not a dedicated gaming smartphone, but it also has 4D haptic feedback to enhance gaming. 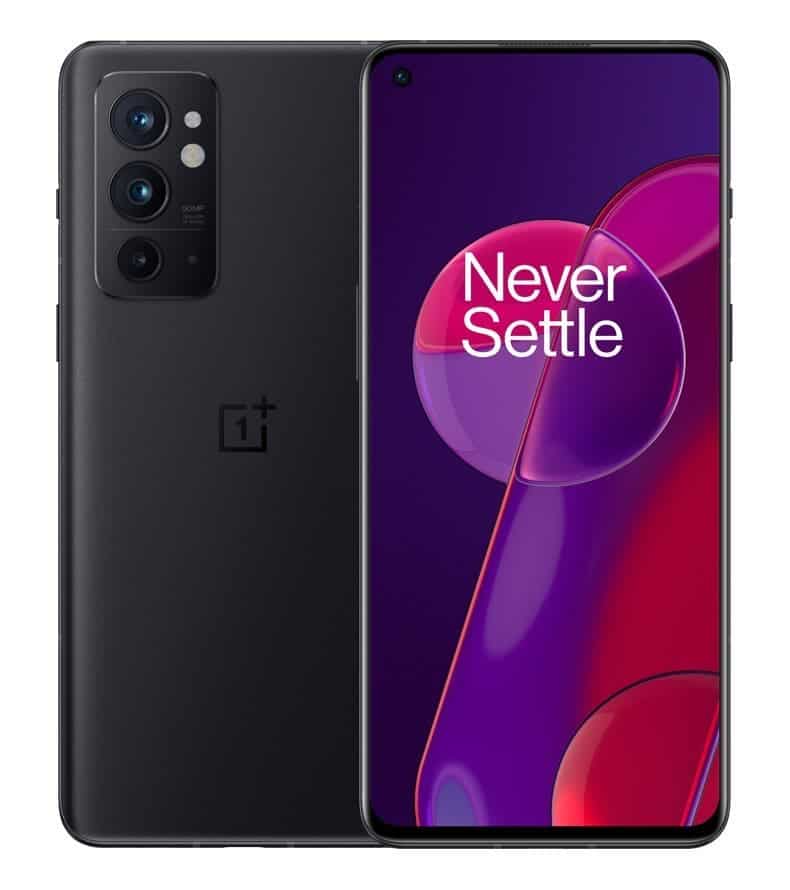 As for optics, the phone features a 50 MP main camera which uses the same Sony IMX766 sensor as the 9 and 9 Pro. Thus, it’s capable of shooting outstanding photos and recording 8K videos. There is also a 16 MP snapper with an f/2.2 lens and a 2 MP macro camera. The front shooter has a 16MP resolution.

The 4,500 mAh two-cell battery supports 65W fast charging. The device has an in-display fingerprint scanner, and there are stereo speakers with Dolby Atmos on board. It also comes with 5G, Wi-Fi 6, Bluetooth 5.2 with LDAC and AAC codecs, and NFC.

This is among the best smartphones for students. It’s pricy but if you can afford to get your hands on it, you should do that.

The iPhone 13 comes with a 6.1-inch display. The new series models now support the 120Hz ProMotion screen technology. It uses an OLED panel, and there is an aluminum frame between two slabs of glass.

Of course, the biggest upgrade over the previous models is the Apple A15 Bionic processor. The latter comes with numerous improvements and is promised to have true advantages in comparison to the Android models. 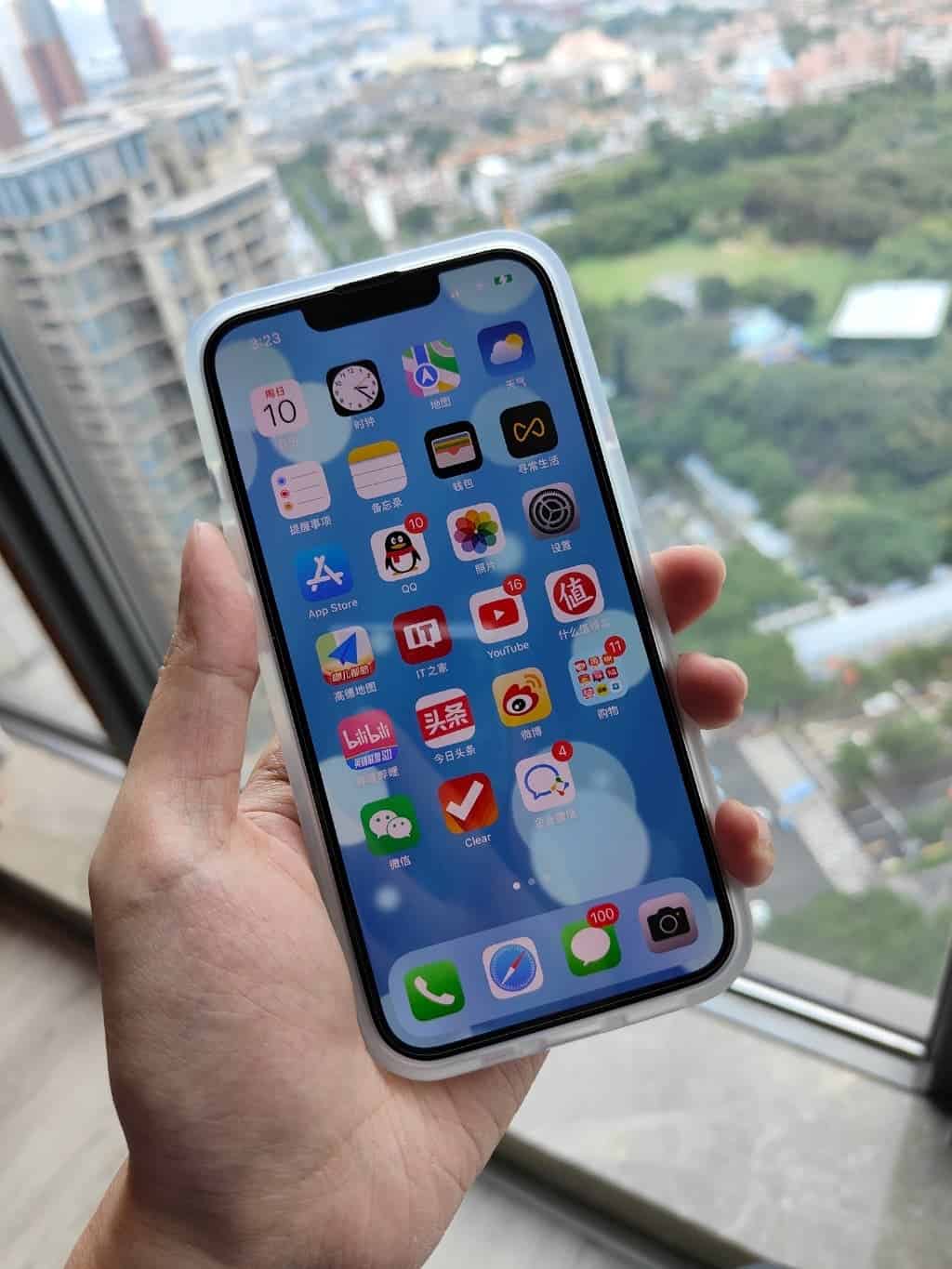 The iPhone 13’s new wide sensor has a 12MP resolution and an f/1.6 aperture. At the same time, the new 12MP ultra-wide camera features a faster f/2.4 lens and a 120-degree field of view. What we liked more is the new sensor-shift stabilization. This is not new but still a good feature.

Next Oppo Developer Conference 2021: Here is everything announced

Realme Narzo 50A Prime launched with 50 MP camera and more