Oppo held its Oppo Developer Conference 2021 earlier today in China. The company brought key details into technologies that are working on for the immediate future. This year, the brand didn’t showcase a rollable smartphone. Instead, it brought some interesting technologies for the smartphone market. The list of newly announced features includes animated AI stickers, ray tracing graphics on smartphones, connected car technology, and a preventative healthcare platform that’s designed to work in tandem with the data that is wearables use.

One of the most intriguing releases at the Oppo Developer Conference 2021 was the ray tracing technology. It’s a cutting-edge technology that has popularized on gaming PCs and consoles as hardware-driven graphics rendering performance that produces hyper-realistic reflections and treatment of light and shadows. It makes a big difference in terms of how games look on these devices.

Earlier this year, Samsung had announced that its latest Exynos chipset. Samsung is delivering the technology in partnership with chipmaker AMD. Now, Oppo is revealing the ray-tracing graphics on a smartphone on its own. According to the report, it was the Oppo Reno6 Pro 5G powered by the MediaTek Dimensity 1200. So, ray tracing may not end being a thing exclusive for certain chipmakers. 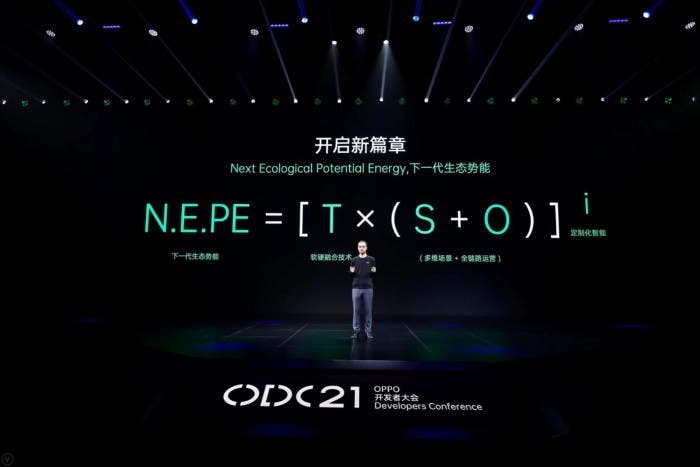 What is unclear is if the MediaTek chip already has a GPU that can offer render ray tracing, or if it’s a software-based solution. According to Oppo, the technology uses the Vulkan API. It is integrated with its latest ColorOS software experience. It’s a software-based ray-tracing and not something that relies on the hardware. Oppo states that it already has a working prototype. Soon, developers will have access to the technology to build their products on by 2022. The company also says that beyond gaming, ray tracing “has broad application potential in fields such as 3D live wallpapers, image filters, and AR.”.

Oppo is also using AI to offer Omojo. Just like Apple’s Memoji, this feature maps your face and uses algorithms to build various reactions and emotes. The company is also offering a heterogeneous computing platform just like AMD’s Preferred Core technology. This solution will let developers optimize their apps to intelligently select the right cores and threads of a processor. This will increase the efficiency of usage. That could lead to a future where peak performance core wouldn’t be necessary for games by default.

The company also introduces Carling, which will offer features such as screen casting and more. According to the brand, it already has 70 partners for Carlink. The feature will likely come on top of Android Auto. Last but not least, the brand brings Oppo Health. It’s not an application, but a new health tech business line that the company says will focus on “preventive medical care and lifestyle changes”.

Previous Best Smartphones For Students: Choose iPhone 13, If Can Afford