Nokia has no influence on the smartphone industry at the moment. But the former big brand still has some fuel in its tank. For now, the company is launching mainly budget-friendly smartphones. But we also know that it is working on flagship models as well. Anyway, today, Nokia officially launched a new G-series smartphone. The Nokia G300 was introduced for the US market.

At the moment, the Nokia G300 is the most affordable 5G smartphone coming our way from Nokia. In terms of appearance, the phone has a water-drop notch display as well as a circular camera module. On the opposite side, we can find a 6.52-inch display that has HD+ resolution. The rear triple-camera can boast of a 16MP main camera, while the selfie shooter has an 8MP resolution.

Insider, the phone host an octa-core Snapdragon 480 SoC. The latter is accompanied by 4GB of RAM and 64GB of internal storage., and a 4470mAh battery that has 18W fast charging support.

What we said above is the overall picture of the phone. But let’s get into details. The Nokia G300 has a 6.52-inch display with a 720 x 1600 pixels resolution and a 20:9 aspect ratio. The Snapdragon 480 SoC under the hood shows we are dealing with an entry-level smartphone. But the Snapdragon 4xxx models always beat the MediaTek chips. So you can expect a good performance even with this SoC. Our protagonist also ships with 4GB of RAM and 64GB of internal storage. The latter can be expanded through the microSD card slot. With no surprises, the Nokia G300 runs Android 11 out of the box.

Read Also:  Samsung Galaxy A31, Galaxy A51 are getting October security patch
Join GizChina on Telegram

One of the most attractive parts is the triple-camera module on the rear. Apart from a 16MP primary main sensor, we can also find a 5MP ultra-wide-angle camera and a 2MP depth sensor. By the way, the main lens has an f/1.8 aperture.

There is a side-mounted fingerprint sensor. And as you can guess, it is combined with the power button. 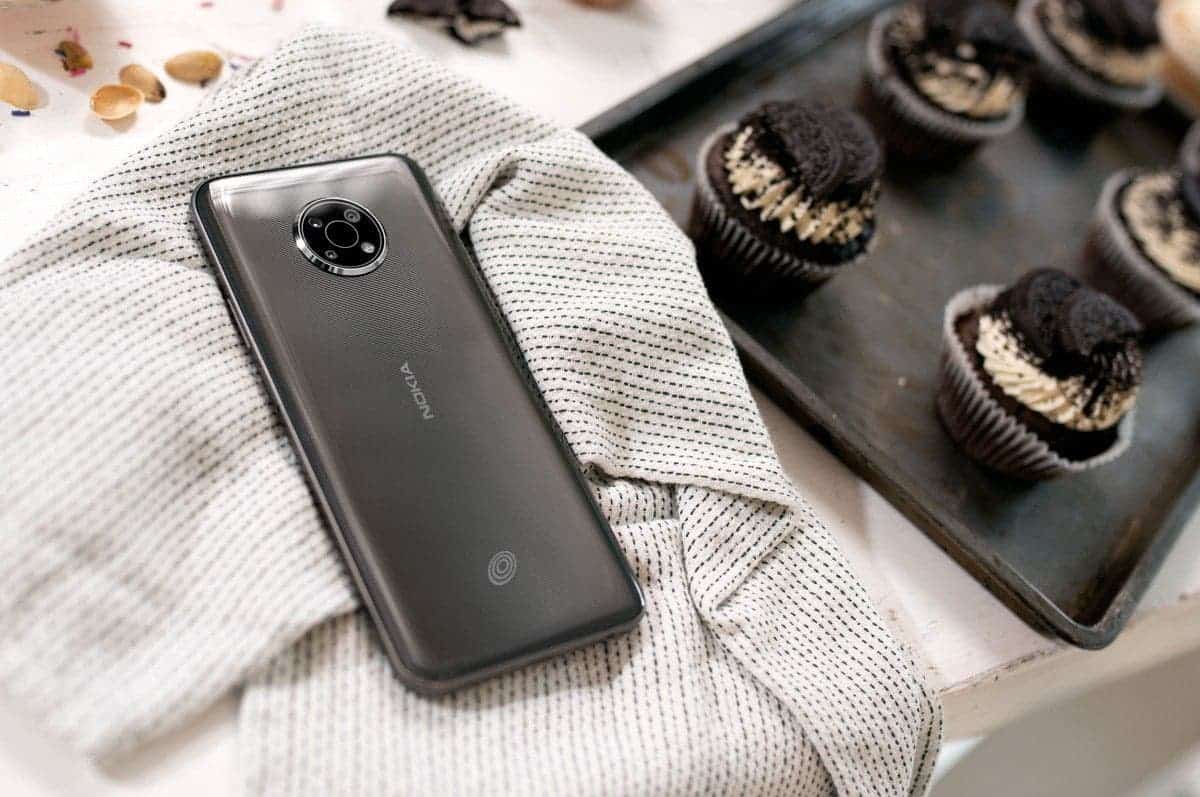 The 4470mAh battery capacity is sufficient for long-lasting performance. And though it supports only 18W charging, this is much better than the outdated charging options.

The phone is available in a single storage variant, it costs $199. Moreover, there is no option for color as well. It comes in Meteor Grey color. This handset will start shipping on October 19.