If rumors making the rounds online are anything to go by, the Chinese technology company is working on the Vivo X70 successor dubbed, the Vivo X80 series. Aside from that, the company is preparing to announce a brand new series later this month. According to multiple reports, the upcoming lineup comprises the Vivo T1 and Vivo T1x smartphones. Ahead of the official unveiling, renders and more shreds of information about the upcoming smartphones have emerged on the web.

The new T1 series smartphones will go official in China on October 19. Vivo confirmed the launch date of the aforesaid series via a Weibo post. While the launch event is just around the corner, noted leaker Digital Chat Station has divulged key specifications and a few renders of the two upcoming Vivo smartphones. Moreover, the teaser post hints at some top-notch specifications of the new lineup.

The teaser shared by Vivo on its official Weibo account implies that the Vivo T-series smartphones will house three rear-mounted cameras. Aside from that, the renders posted by Digital Chat Station suggest that one of the aforesaid smartphones will sport a waterdrop notch display. Moreover, this device is likely to come with two cameras at the back. The other handset will house a triple camera set up at the back and sport a punch-hole display.

Moreover, the leaker has shed light on the specifications of the Vivo T1, and the Vivo T1x smartphones. The leak suggests that the phones will feature a high refresh rate LCD display. Under the hood, the device could pack a Snapdragon 778G or the Dimensity 900 SoC. Furthermore, it could feature a 64MP primary camera. The phone will probably draw its juices from a 5,000mAh battery. Earlier this month, two Vivo phones passed through the 3C certification and TENAA website.

One of the devices that appeared on TENAA was the Vivo V2009A. The rumor mill suggests that the device will launch carrying the Vivo T1 moniker. The T1 is likely to go official in the company’s home country of China first. According to the TENAA listing, the phone sports a 6.58-inch display with an FHD+ resolution. Moreover, it is likely to come with a 50MP dual-camera setup at the back. Upfront, the phone could house an 8MP selfie camera. 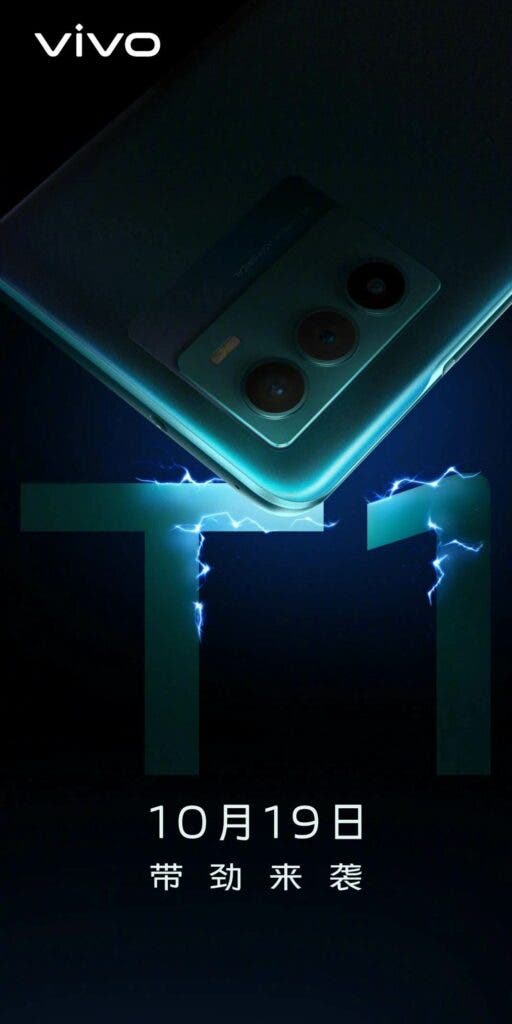 Aside from that, the phone is likely to be available in 8GB RAM and 12GB RAM variants. It could ship with 125GB and 256GB onboard storage capacity. On top of that, it will reportedly pack a robust 4,005mAh battery. The Vivo V2115A, on the other hand, could debut with the Vivo T1x moniker. The phone will reportedly feature a 6.67-inch display that offers FHD+ resolution. Aside from that, it could house an 8MP front shooter and a 64MP triple-camera setup at the back.

Just like the Vivo T1, the Vivo T1x could ship with 8GB and 12GB of RAM, and offer 128GB and 256GB of onboard storage capacity. Furthermore, the phone will probably come with a Snapdragon 778G chipset. More shreds of information will be revealed during the launch event in China tomorrow.