After the outbreak of the pandemic last year, Samsung launched a series of smart displays. This series is aimed at people working at home and is smarter than ordinary PC monitors. These smart displays also come with an operating system similar to a smart TV and extended connection functions. Samsung recently announced that its smart display series has successfully sold more than 600,000 units worldwide within one year after its launch. 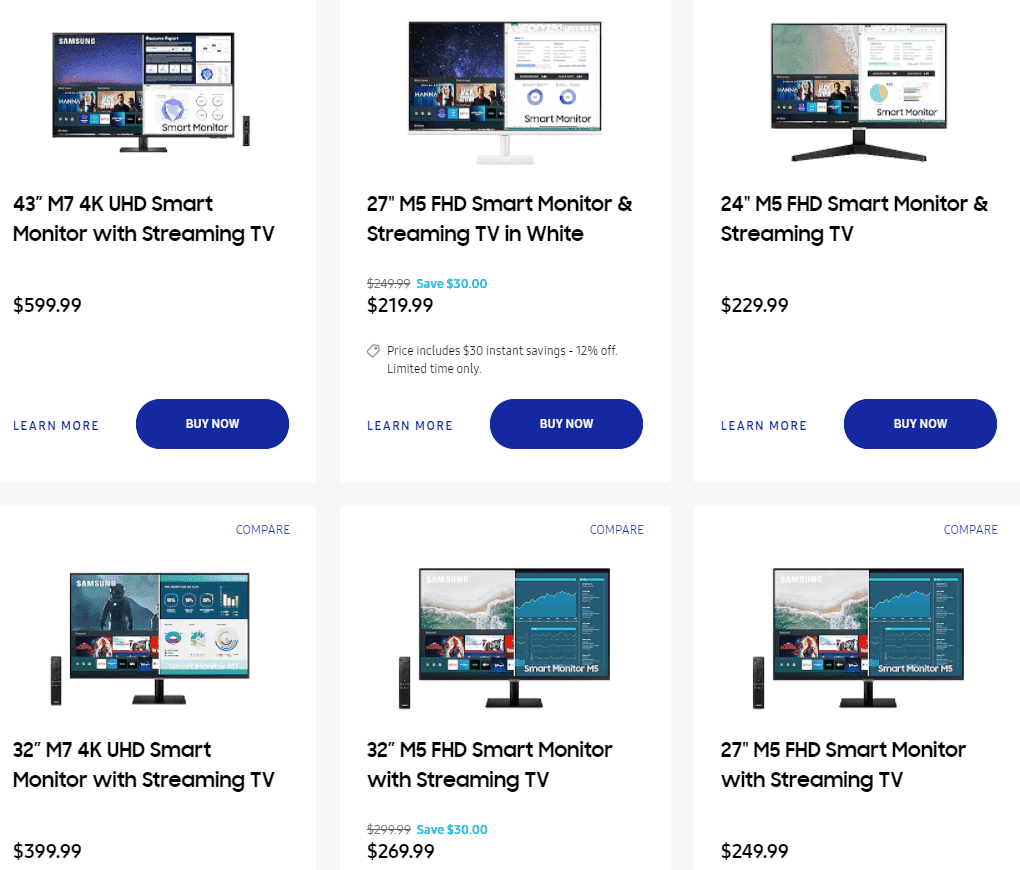 The smart display has Bluetooth, Wi-Fi, wireless Dex, and USB 3.0 interfaces. It also supports remote control, allowing users to navigate the UI as easily as watching TV. Furthermore, this device comes with Bixby voice assistant and built-in stereo speakers. Hye Seung Ha, executive vice president of Samsung Electronics in charge of visual display business, said: “Samsung Smart Display is an innovative product that has completely positioned itself as a new category in the era of family life”.

Samsung will use Exynos chips on more smartphones

As ETNews reports, 20% of the Samsung Galaxy smartphones currently sport the Exynos processors. Moreover, it’s interesting to know that this number equaled 10% in 2019. Thus, the Korean manufacturer is periodically increasing the number of Exynos-powered phones. We should also note that besides the Galaxy models, a couple of Chinese smartphone brands such as Vivo and Meizu also use the Exynos SoCs.

Though many users have been complaining of weak performance, low efficiency, and high heat management problems, the benchmark results were proving the opposite. But Samsung has taken these concerns into consideration and embraced Arm’s CPU cores. As a result, the performance of top-end and mid-range SoCs has noticeably improved. So there is every reason to think they will get even better with the next generation. We have also heard that 5G communication and heat issues have also been ironed out.

Other than that, Samsung has joined hands with AMD and made mobile GPUs. We will be able to test it in work when the Exynos 2200 hits the market. As you know, that latter will debut with the high-end Galaxy S22 series.

Well, as the source claims, Samsung’s plan is to power around 50 to 60 percent of smartphones with in-house processors. The manufacturer has already started to expand facilities for related components and its partners also plan to increase investment to facilitate the target.

Moreover, Samsung is also seriously thinking about increasing total smartphone shipments by 50 to 60 million units to 320 million units from this year. Its folding screen smartphones are selling like hotcakes. So it might shift to making more phones from this category.

Next Apple has released a cleaning cloth for displays for $19