Samsung will release the Galaxy S22 series early next year and as usual, it will use two sets of flagship processors. This upcoming flagship will use the Samsung Exynos 2200 as well as the Qualcomm Snapdragon 898 SoC. According to reports so far, the Exynos 2200 will come with AMD RDNA architecture GPU. With this configuration, the overall performance of the chip will have a significant increase relative to the previous generation. The latest report on the Samsung Galaxy S22 is its recent appearance on GeekBench’s database.

The GeekBench listing shows that this devic 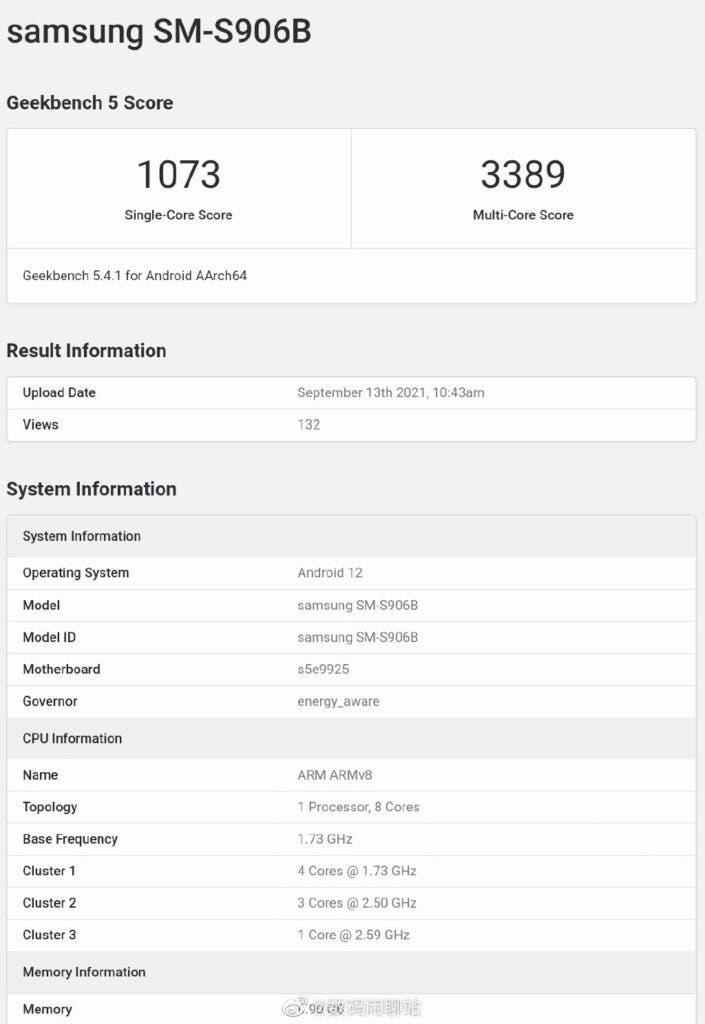 e uses an Exynos 2200 flagship processor. The single-core score of this chip is 1073 points while the multi-core score is 3389 points. This score completely beats the current Qualcomm flagship, Sanspdragon 888+. However, this is only an engineering model. The implication of this is that the final result could be higher or lower than this result. 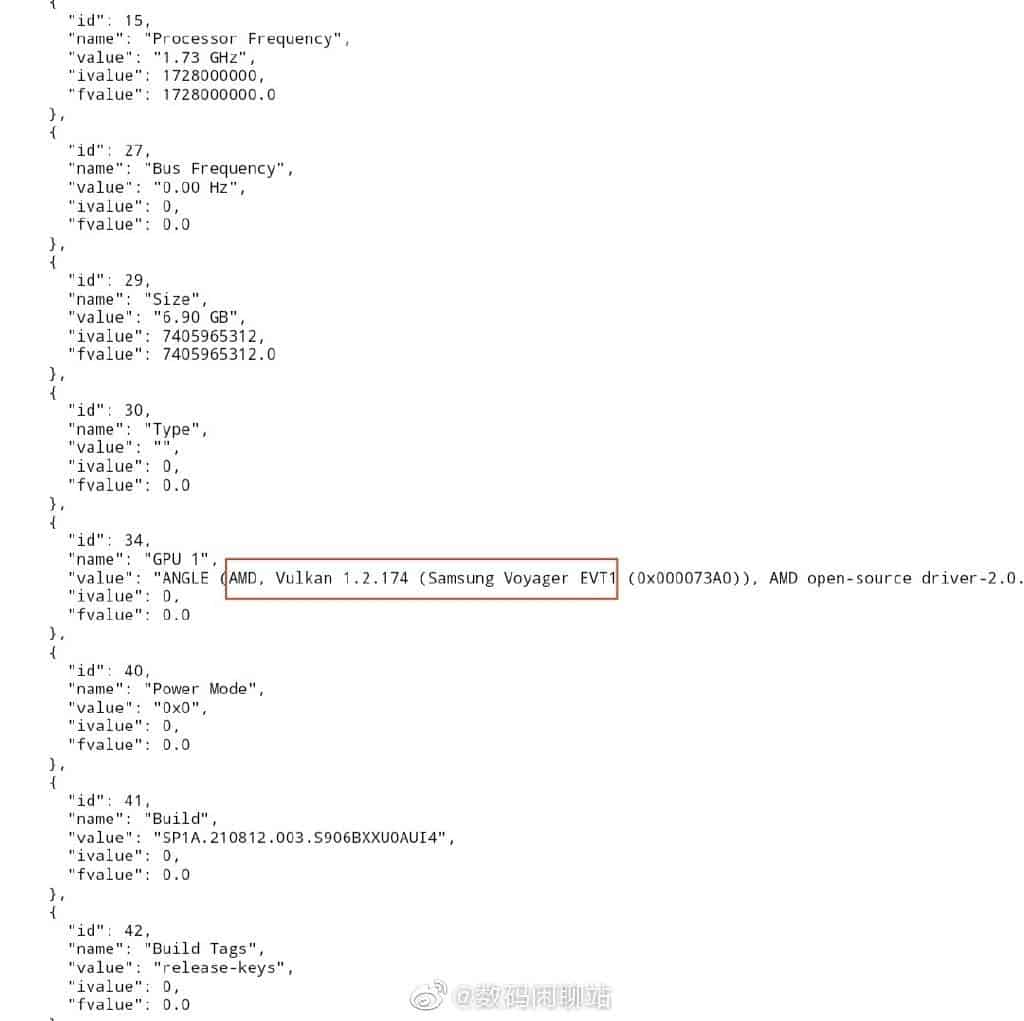 It is worth noting that the running score information also shows that the GPU recognizes the driver as AMD. This is one of the most exciting parts of this upcoming flagship processor. This will significantly increase the graphics performance of devices with this chip.

Some time ago, there were leaks of the running score data of the Exynos 2200 flagship chip. The results show that the GPU of the chip has a Wild Life test score of 8134 on the 3D Mark, which is 40% ahead of the Snapdragon 888. The 40% gap is quite wide and even the upcoming Snapdragon 898 may not reach this level. Thus, in terms of GPU, Exynos 2200 will most likely be ahead of Snapdragon 898.

From the currently known information, it can be seen that Exynos 2200 is an extremely powerful SoC, and its new capabilities are very strong. It may lead the Samsung camp to directly confront Qualcomm and Apple, against new standards such as Snapdragon 898 and Apple A15. From what we are envisaging, the chip performance competition will take a new turn. Not surprisingly, the Samsung Galaxy S22 series will be the first smartphone to use the Exynos 2200 SoC. However, due to the production capacity and other constraints, Galaxy S22 with this chip will not roll out globally. The Exynos 2200 Samsung Galaxy S22 will be available in specific markets.

Shortage of Galaxy S22: There may not be enough flagships for everyone