This week Microsoft began testing the Windows Subsystem for Android (WSA), which makes it possible to run Android applications on Windows 11. However, it is now available to a limited number of insiders and in a very stripped down form. Despite this, enthusiasts managed to roll out the Google Play Store in Windows 11, effectively making millions of Android apps available for installation.

During the testing phase, Windows Insiders can find descriptions of 50 Android apps in the Microsoft Store, along with links to download them from the Amazon Appstore. It seems that this state of affairs did not suit the enthusiast under the nickname ADeltaX, who announced on Twitter that he was able to install Google Play services and the Play Store on Windows 11.

This means that he can run any Android mobile application available in the official Google store on his computer. Although the developer has detailed the method for installing the Play Store in Windows 11, the source notes that they should not be used by inexperienced users, as there is a possibility of disrupting the operating system.

In terms of official testing, currently, Insiders can only download 50 Android apps to their computers. Microsoft is working with Amazon to expand the list of available applications. “We partnered with Amazon and app developers; to deliver 50 Windows Insider apps for testing and compatibility across multiple hardware configurations. In the coming months, we will be releasing new applications through updates to the Windows Insider Program, ” Microsoft said in a statement. It is not specified when the WSA subsystem will become available to all Windows 11 users. 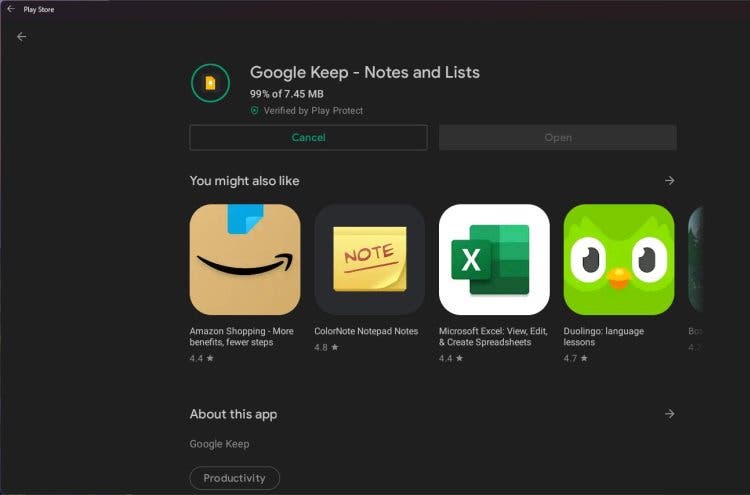 According to online sources; many people do not intend to buy a new computer or laptop to upgrade to Windows 11. This conclusion follows from the results of a survey conducted by the OnePulse platform.

Previous Redmi Note 11 Pro showed its power in the benchmark