From the initial enthusiasm – thanks to an always “convincing” Panos Panay – to the inexorable failure: this is how we could summarize the (short) history of Surface Neo, the folding laptop unveiled two years ago that Microsoft then decided to postpone until a later date. In between, there were pandemics and chip crises, facts that certainly contributed to the cancellation of the project – at least as it was originally done, in the future who knows. Also considering the cold reception given by the public to the younger brother Surface Duo, one would think that the lack of components was not the only cause of what happened. 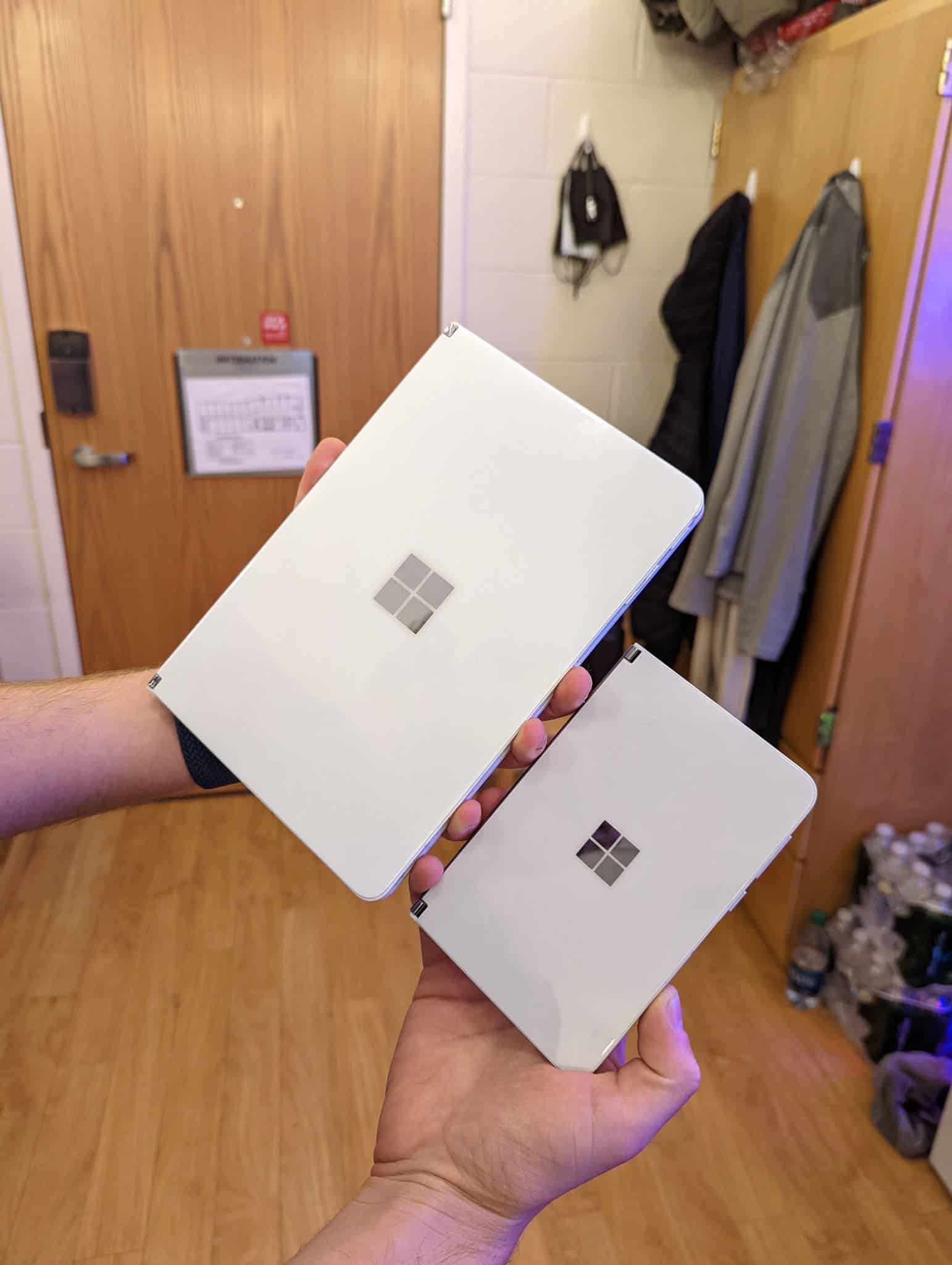 It is therefore strange to return to see a prototype of the Neo after some time, which as already happened on another occasion is shown without a display, thus offering us the opportunity to peek inside to understand how Microsoft had designed the device. It should have represented the debut of Windows 10X, but the surrounding events have led Microsoft to focus on the development of Windows 11, simultaneously carrying out only one of the two folding devices, that is the Duo that, as we know, has already reached the second generation bringing with it several improvements. 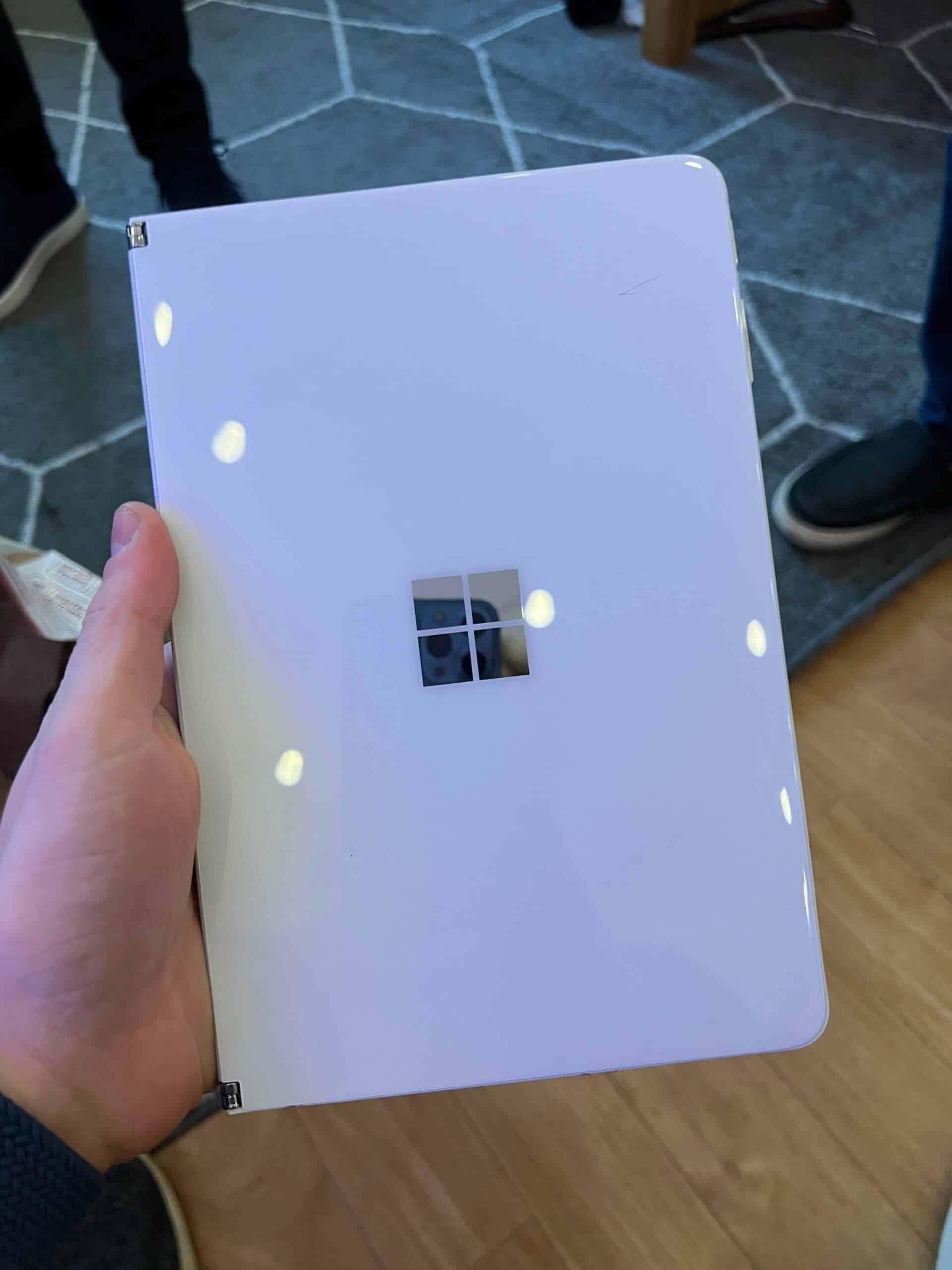 Two separate screens of 9 inches each, for a total equivalent of 13 inches; this should have been the Surface Neo, a truly super-thin foldable laptop equipped with a Slim Pen. The images shared by Max Weinbach and coming from China allow us to understand a little better what it would have been like; but for the moment we will have to be content with only this. For a Neo ready for the market there will be some waiting, Microsoft does not consider it a priority. 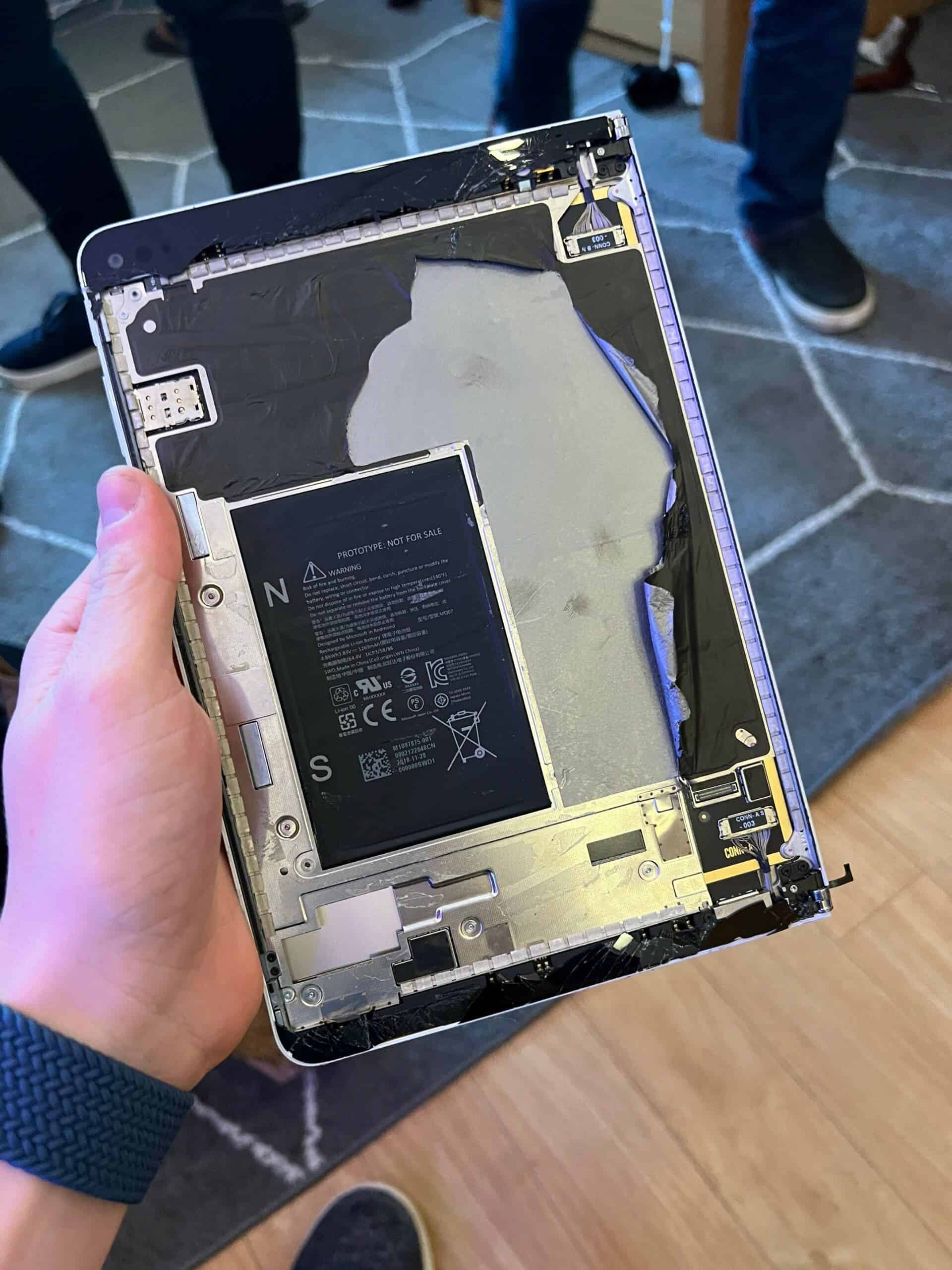 Here is a reminder of the specifications of the second-generation Surface Duo smartphone.

Next Apple: The notch on the MacBook Pro gives more space for content