Redmi Watch 2 has been listed on JD.com, revealing the price tag the upcoming smartwatch will be carrying. The upcoming wearable from Redmi has been subject to multiple leaks lately. Earlier this month, the design of the second generation of the Redmi Watch surfaced online. The company shared the first teaser and later revealed renders showcasing the design of its upcoming wearable. While Redmi hasn’t shied away from divulging some key features of its upcoming smartwatch, it is still mum on the price tag it will carry.

A recently surfaced leak seems to have shed light on the Redmi Watch 2 price details. If the aforesaid leak is anything to go by, the Redmi Watch 2 will retail for 399 yuan, which converts roughly to about $63. The pricing details were spotted on the smart digital page of online retailer JD‘s mobile app, according to a report from ITHome.

The page shows the upcoming smartwatch along with its price. When you click on it, the product page shows a message that the smartwatch is currently unavailable.

Redmi recently announced on its official Weibo account that the Watch 2 will come with a 1.6-inch AMOLED display and offer a larger screen-to-body ratio. To recall, the original Redmi Watch sports a relatively smaller 1.4-inch LCD panel. Despite its moniker, the Redmi Watch 2 is likely to be a fitness tracker rather than a smartwatch. Moreover, its predecessor is a fitness tracker as well. Aside from that, the Redmi Watch 2 could come running RTOS customized version just like other similar products available in the market. 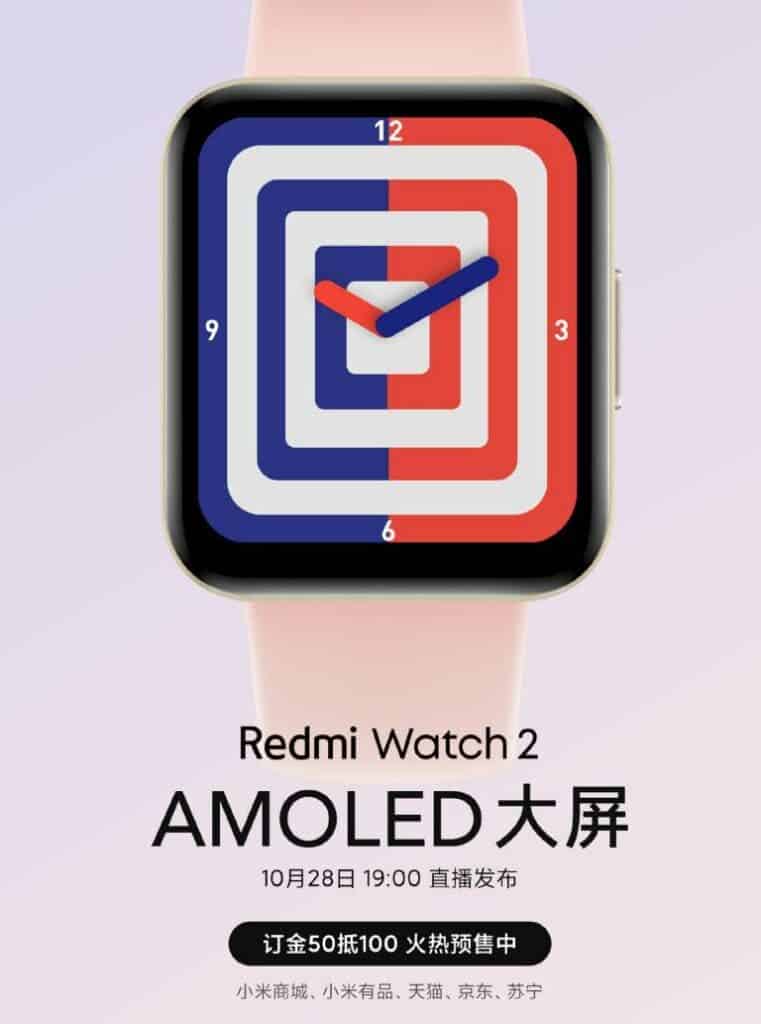 Aside from that, the Redmi Watch 2 could boast an impressive array of features. These include sleep monitoring, several sports modes, GPS, a SpO2 sensor, and a heart-rate sensor. Among a slew of other awe-inspiring features, the new Redmi Watch 2 is likely to be water-resistant. Furthermore, the smartwatch is likely to go on sale in three eye-catching color options. These include Ivory, Space Blue, and Elegant Black. Redmi designers clearly drew inspiration from the Apple Watch for the outward appearance of the Watch 2.

Redmi is gearing up to host a launch event on October 28 in its home country of China. The company could unveil the much-awaited Redmi Note 11 series smartphones at the event. The word on the street is that the company will launch the Redmi Watch 2 at the same event. Moreover, the renders show that the color of the case matches the color of the strap. According to noted Weibo leaker Digital Chat Station, Redmi devices could run MIUI from Xiaomi and offer a slew of unique features.

Next Reliance Jio Phone Next Receives A Launch Date In India, See Specs

Check out the design of the Redmi Watch 2