If you haven’t been a follower of Honor news in the past twelve months, you probably will strange the fact that the brand has just released two new smartphones in Europe with Google Play Services. Thankfully, we’re here to clarify. Huawei sold Honor to a Chinese conglomerate almost one year ago, and in the process, freeing the brand from the ties of the US ban. Now, Honor is free to negotiate with US companies and use US-related technologies. As a result, the brand is heavily investing in Europe in a bid to become the new Huawei for global customers. Today, the brand is bringing the recently-released mid-range smartphones, Honor 50 and 50 Lite to the old continent.

The Honor 50 and 50 Lite are now reaching the European market with Google Play Mobile services in tow and Android 11. Interestingly, the Honor 50 Pro has been left out of the party. Perhaps, it will arrive at a later date, or maybe it will not come. Also, the 50 Lite is not the Honor 50 SE. Apparently, the device here seems to be based on the Huawei nova 8i. It’s not a surprise since Honor probably carried some of Huawei’s devices and prototypes when it was sold. 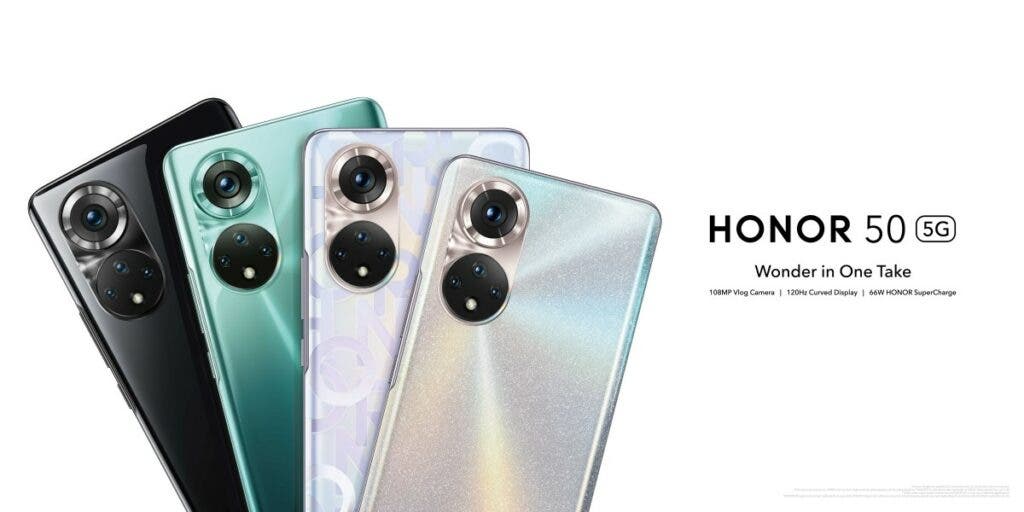 The Honor 50 is already appearing at HiHonor.com, which is the company’s official online store. In the United Kingdom, there is a countdown that has only a few hours left on it before the pre-orders start. Deliveries, however, are set for November 12. If you are pre-order by November 11, you will get an Honor MagicWatch 2.46mm Sports for free, which means a free gift of around £120.

Other regions are also looking to start the pre-orders soon. The Honor 50 will sell for around €530 in the whole of Europe. This amount gets you the variant with 6 GB of RAM and 128 GB of Internal Storage. The option will be 8 GB and 256 GB will cost €600. The device is available in Midnight Black, Emerald Green, Frost Crystal, and the limited edition Honor Code.

The Honor 50 Lite, is yet to appear in the European stores. However, we know it’s part of the Euro launch and will come with 6 GB of RAM and 128 GB of Storage for the €300 price tag.

Next Galaxy S22 and S22+ will have flat displays, S22 Ultra has camera specs revealed