Chinese manufacturing giant, Xiaomi, is quite swift with its response to software issues for its smartphones. Although the company has been struggling with the MIUI 12.5 system, it has since released the “enhanced version” which solves most of the problems. However, the company is still optimizing its MIUI system especially with the release of Android 12. Today, Xiaomi announced its official response to the pressing issues with the MIUI Android 12 development version. 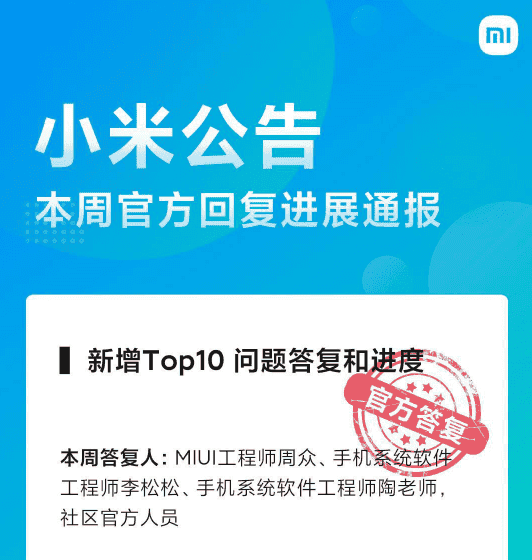 With the Android 12 system, most of the issues are compatibility issues. This is because most third-party applications are not yet compatible with the Android 12 system. One of the complaints is with respect to the Douyin App (Chinese version of TikTok) crashing. According to Xiaomi, it has official feedback from the App developer that it has been optimized. Xiaomi requests that users update to the latest version of the app to verify the optimization.

After updating to the Android 12 development version, users experience other issues like full-screen dimming and constant restarting of some scenes. Furthermore, there are also issues with notifications (do not arrive on time). According to Xiaomi, the system has been partially optimized in the development version/latest version. The company also calls on users to update to the latest version to verify the optimization.

Some issues with the MIUI Android 12 development version

In addition, in response to the problem of excessively loud calls in the Xiaomi Mi 11 Ultra Android 12 development version, Xiaomi claims that it is further investigating the issue. The company will inform users when it has a fix for this issue.

Of course, this is only a development version and there are bound to be a lot of bugs and issues. After Xiaomi successfully fixes most of the issues, it will release an internal beta before the public beta. If the public beta testing is successful, then the company will release a stable version of this update.