The AGM brand is mostly focusing on premium rugged smartphones and cheap feature phones for everybody. Most of our readers will probably know them for their exquisite models from the first category. And today they are adding yet another rugged monster to their portfolio and the new AGM Glory is definitely worth the attention. It is coming with several extra features, that will make even the ordinary rugged phones blush. So what exactly are we talking about ?

For starters, AGM Glory is built even for the extreme temperatures of the arctic areas. It’s designed to be able to work for a whole day under staggering -27 °C. And you can get full 10 hours of power out of it in under -30℃ and even 1 hour of power under -40℃. All of that of course in addition to the usual rugged suspects, certifications IP68, IP69K & MIL-STD-810H. The spacecraft design of the phone is inspired by legendary Enterprise from Star Trek and it weighs a hefty 360g. But the extremely sturdy build is really exceptional.

But that’s just the beginning of the list of star features, because AGM Glory has few aces up the sleeve. It has the world’s largest phone speaker with 3.5W, capable of delivering up to 110dB. You are also getting a laser rangefinder and military standard thermal imaging. The whole camera setup is pretty good overally, featuring 48MP Sony IMX582 and 20MP Sony IMX350 ultra-light infrared camera with up to 30 meter visibility. Dual microphones with noise cancellation are then just a cherry on top. 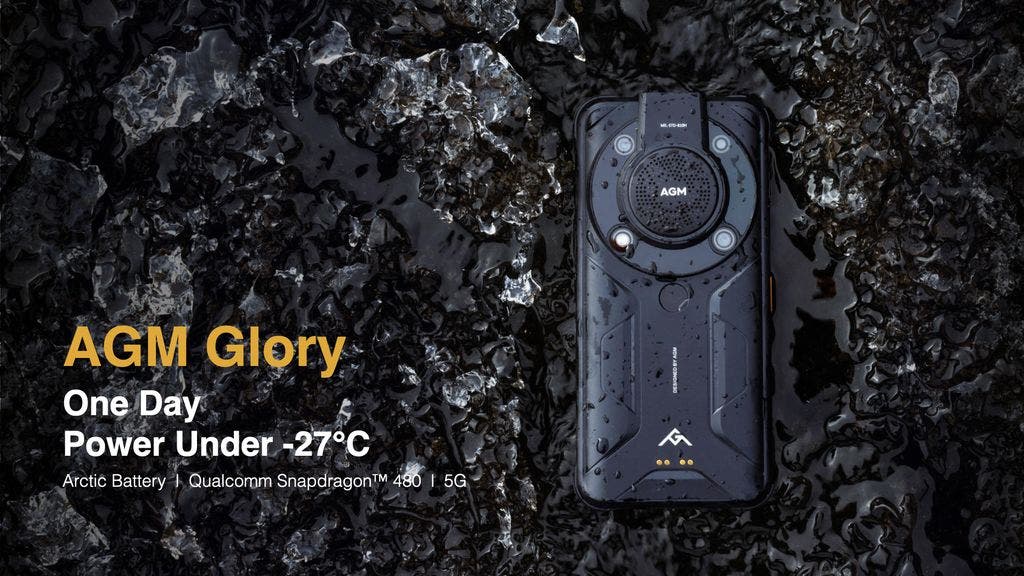 The phone is making the best out of the balance of power and endurance. Snapdragon 480 chipset delivers solid performance and its X51 5G modem offers 5G connectivity across mmWave and Sub-6 GHz spectrum. It is supported by 8 GB RAM and 128 GB / 256 GB of internal storage. We have already talked about the battery and its 6200 mAh big capacity. And the display won’t disappoint either with 6.53-inch IPS FHD+ panel. Everything runs on Android 11 and users will surely also appreciate NFC chip or 3.5mm audio jack.

Three models to choose from 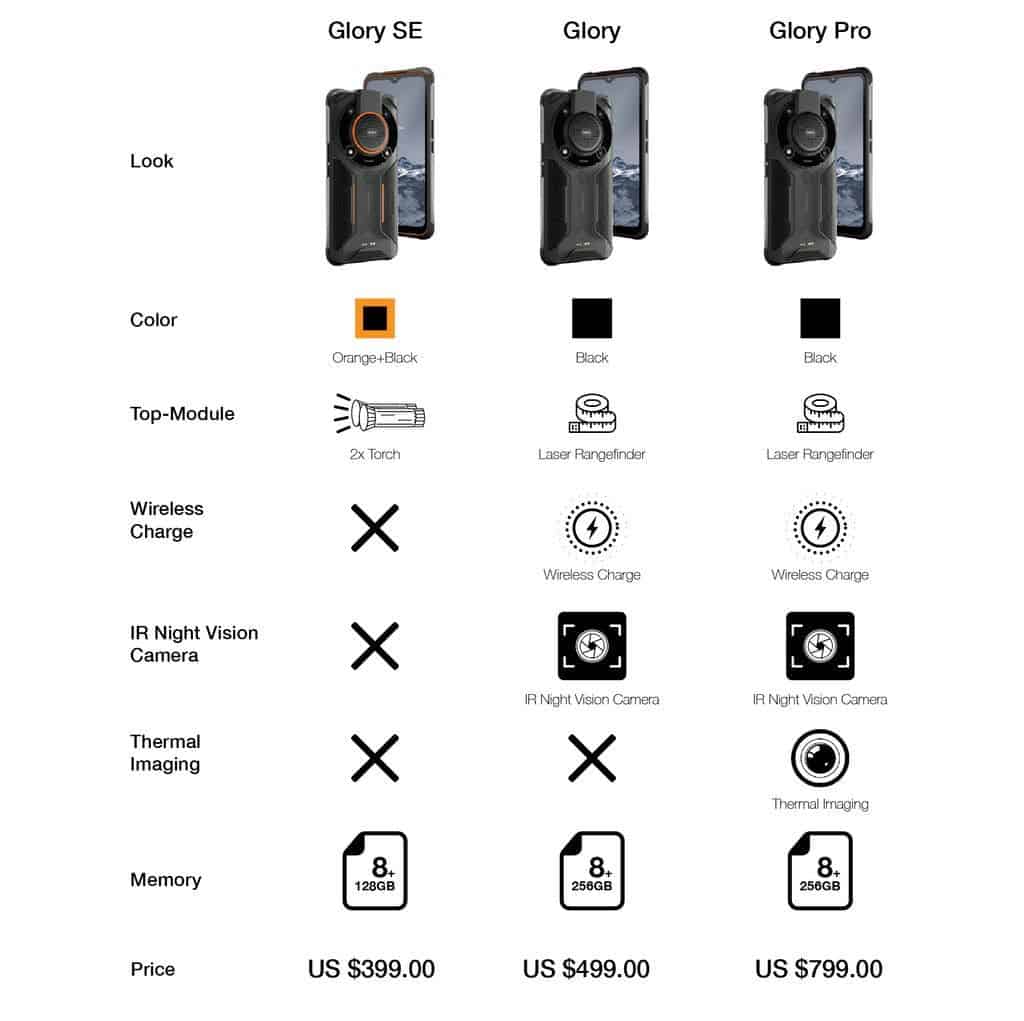 There will be different models of AGM Glory available, with Glory SE being the cheapest at $399. Base model will start at $499.99 without the thermal imaging and the best Glory Pro will be up for grabs for $799. You can check the picture above for all the refence and differences between the models.