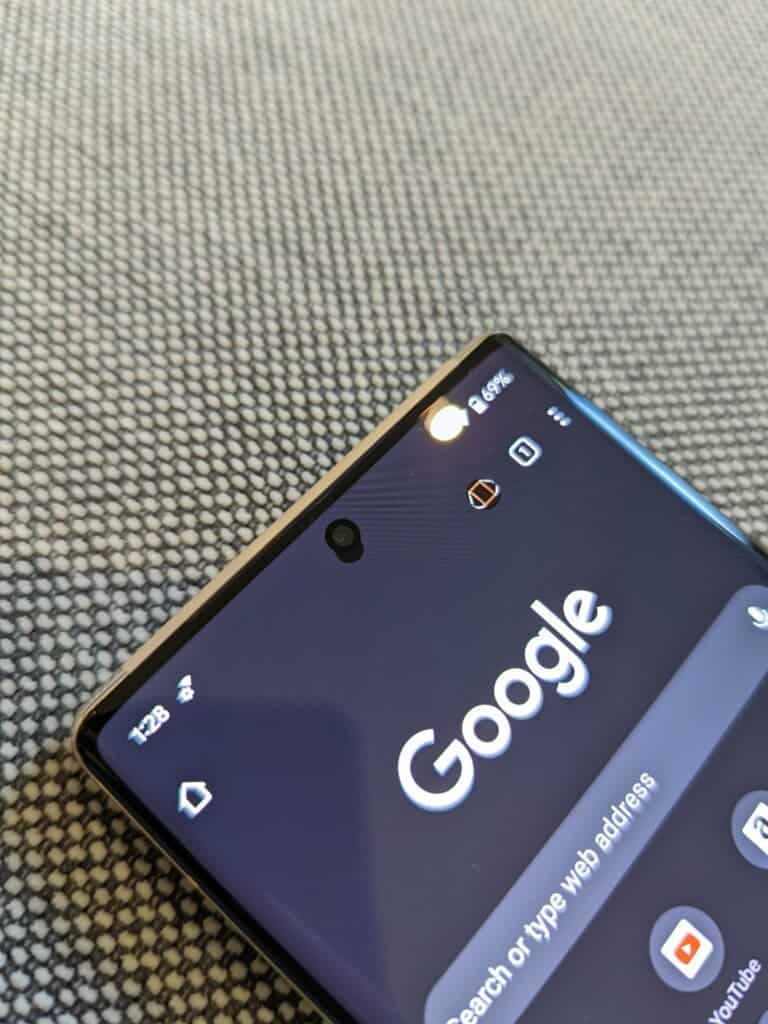 Unfortunately, there is no mention of a quick fix for this bug. The bug remains even after pulling down the notification bar and sliding up. Nothing seems to return the punch-hole to its original size. Whether it is opening the application or returning to the desktop, the abnormal punch-hole will not disappear automatically.

Thankfully, the user @MarkSchrammVR got a swift relief as he got a swap the same day. He accidentally ran into a Google rep in the store he got the device and this made the swap really easy. However, it appears that this is not a common issue with the Google Pixel 6 Pro. This issue is not a display damage because poking it does not make it bleed or warp.

This issue is most likely a bug with the Android 12 system on the Google Pixel 6 Pro. Google is still developing this system thus users of Android 12 will experience some bugs. The possibility of new bugs will not be ruled out in the future. It is expected that Google will fix it in a subsequent update.

Next Quarterly sales of smartphones decreased due to lack of components