In December, Xiaomi should announce the next flagship Xiaomi 12, and a little later Xiaomi 12 Pro and Xiaomi 12 Ultra should join it. It is worth waiting for next year and the T-series, which will incorporate the main array of flagship functions, but with a number of deliberate simplifications, which allows, in the end, to ask for a little less than for top solutions.

This year, the Xiaomi Mi 11 T series debuted in September and there is no indication that a different time will be chosen for the announcement next year. This means that there is still a lot of time before the release. But the first information about the Xiaomi 12T has already appeared on the network; there is an indication in the MIUI firmware. In China, this model may be released as Redmi K50S.

It became known that the smartphone was codenamed “Munch”. It will offer a 120 Hz display with a resolution of 2400 x 1080 pixels. What kind of panel will be installed here is not reported; but with a high degree of probability it will be OLED. The device will be based on the SM8250 chipset (presumably Snapdragon 870+). The main camera will be three-component; where, in addition to the main wide-angle module, they will offer ultra-wide and a macro sensor. 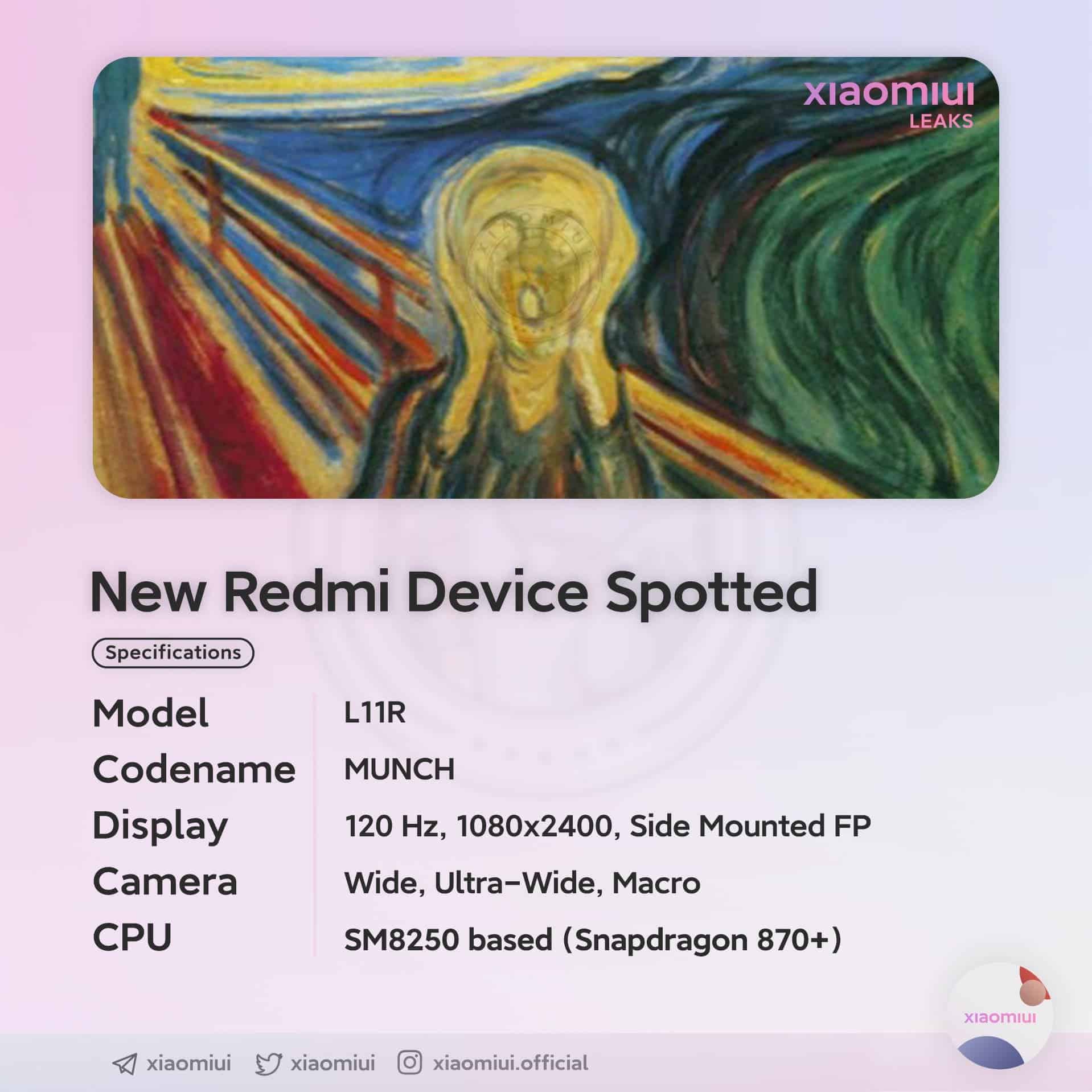 The gap between Samsung and the latter companies is too insignificant for the leadership of the South Korean manufacturer to not worry about possible competition – the company may lose ground in any of the following quarters. While Samsung has managed to narrow the gap between its performance and Xiaomi’s results somewhat; it still has a lot to do in order to regain the leading position that it has lost in the region relatively recently.