Asus ROG Flow Z13 leaked images suggest that the Taiwanese Computer hardware company is working on a Surface Pro competitor. If rumors making the rounds online are anything to go, Asus is gearing up to unveil a ROG Flow X13 successor. Furthermore, it seems that the purported laptop will be standing toe-to-toe against the 2-in-1 Surface Pro laptop from Microsoft. Furthermore, this convertible laptop will transform into a gaming PC when required.

Taking to his Twitter account earlier today, November 1, noted tipster Evan Blass shared a photo of the ROG Flow Z13. The device in the image seems to bear a striking resemblance to the new Microsoft Surface Pro 8. Asus’ gaming division has launched multiple gaming machines under the ROG brand. The ROG Flow Z13 seems to sport a highly portable form factor. However, it is likely to offer impressive performance. The ROG Flow Z13 leaked image shows a thin and light design, coupled with convertible PC hardware.

The design language seems to draw inspiration from Microsoft Surface Pro 8. However, the ROG Flow Z13 could turn out to be a power-packed machine. The company’s gaming division, ROG manufactures the Flow X13 GV301 too. To recall, the powerful convertible Flow X13 GV301 laptop comes with a hardshell rather than adopting a tablet-inspired design. Regrettably, the ROG Flow Z13 seems to get a tablet-derived design like the Microsoft Surface Pro.

If the ROG Flow Z13 is similar to the X13, it might connect to ASUS’ eGPU (external graphics card) dubbed the XG Mobile, according to a report from The Verge. Moreover, the eGPU converts into a USB dock with several ports. As a result, the 13-inch convertible transforms into a full-fledged gaming machine. The publication suggests that the ROG Flow Z13 could support eGPU connectivity in the same manner. In other words, Microsoft should be understandably nervous. 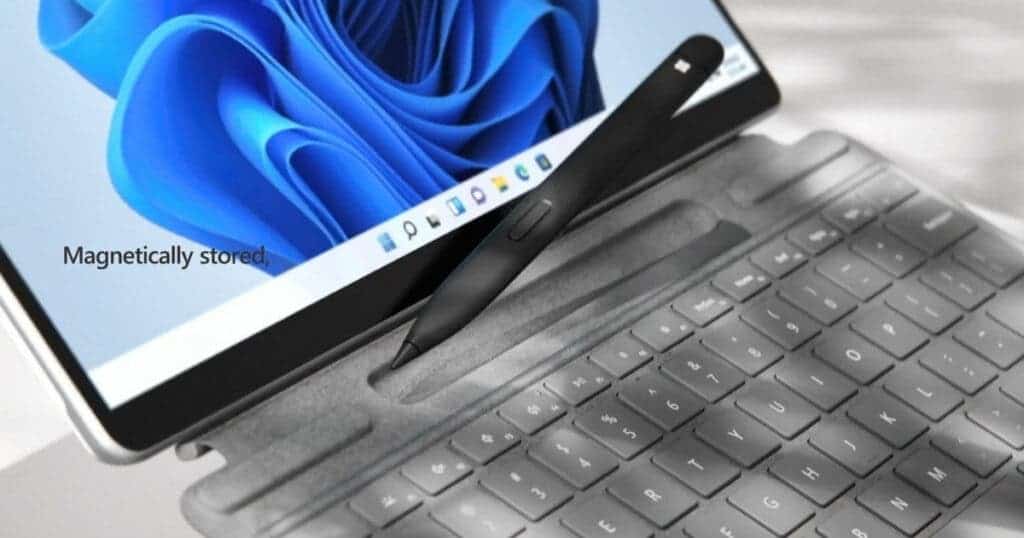 Furthermore, the external GPU brings in a slew of new ports that are not expected to be available on a thin and light PC. This improves input/output. Aside from that, this could take the performance capabilities of the 13-inch ROG Flow Z13 to a new level. Asus launched the ROG Flow X13 earlier this year. It is still unclear what type of improvements the purported Flow Z13 will bring to the table. The Asus ROG Flow X13 leaked image is part of tweets that features images of the ROG TWS and the ROG Zephyrus Duo.