The developers of the AnTuTu benchmark continue to throw us information about which Android smartphones are the most productive on the market. This time, the most powerful were determined based on the results of tests from October 1 to October 31, 2021. And already by tradition, it was decided to rank the most productive among the flagships and separately among the devices of the middle class. 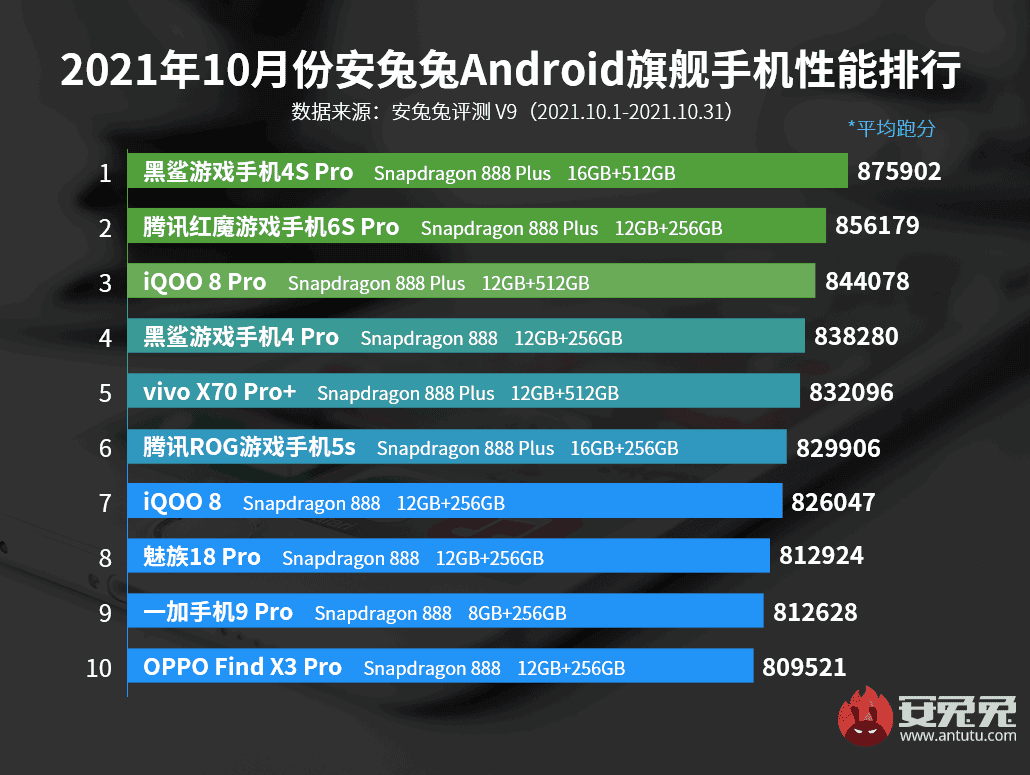 In the middle segment, everything is much more interesting and there is no monotony. Compared to the September ranking; the list has undergone a serious reshuffle; and all due to the appearance of models with Snapdragon 778G on the market. Six smartphones with this chip were in the top ten most productive at once. The same processor brought the iQOO 5 to the fore and allowed Xiaomi Civi to become the third. The Xiaomi Mi 11 Lite with Snapdragon 780G was able to wedge in between them and take the “silver”.

Honor 50 and Honor 50 Pro, based on the already mentioned Snapdragon 778G processor, made their way to the top 5 . The sixth was Oppo Reno6 5G based on Dimensity 900, pushing Huawei Nova 9 with Snapdragon 778G to seventh place. The eighth line for Huawei Nova 9 Pro with the same chip as the base version of the smartphone, Redmi 10 X 5G based on Dimensity 820 came in ninth place and closed the top 10 most powerful mid-range devices Huawei Nova 8 with Kirin 985. 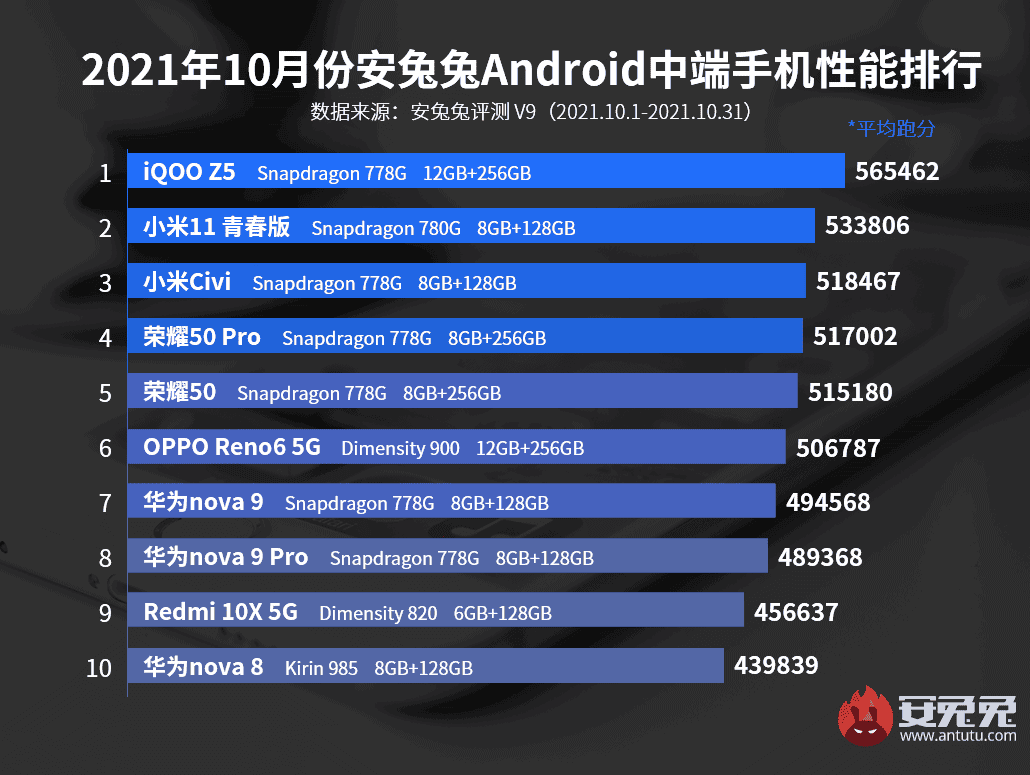 The above is Antutu’s October Android mobile phone performance list. It is almost the end of the year. As usual, Qualcomm’s new flagship processor is about to debut; and then there will be a large number of Android phones carrying it next year. Before that, it is expected that the flagship list will not undergo too much changes.

Previous Apple earns the most on the smartphone market