In the third quarter, global tablet shipments were down 15% year-on-year. According to analysts at the Canalys agency, this applies to sales of any tablet computer in all regions of the world, with the exception of the Asia-Pacific. Although the first place in terms of sales is occupied by Apple and Samsung shipments have dropped markedly, the Korean company is still among the leaders. 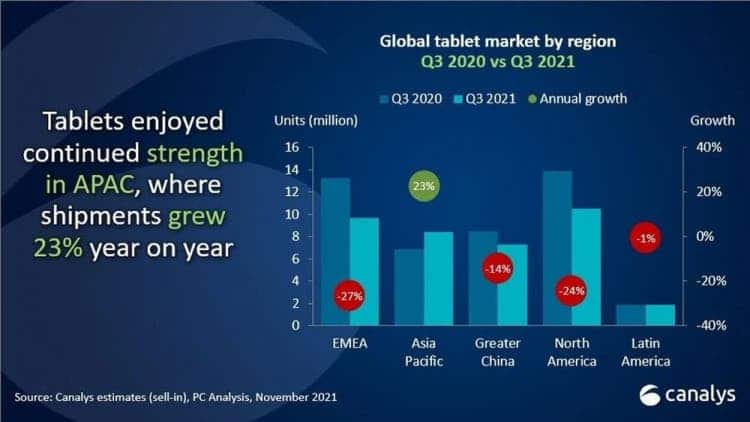 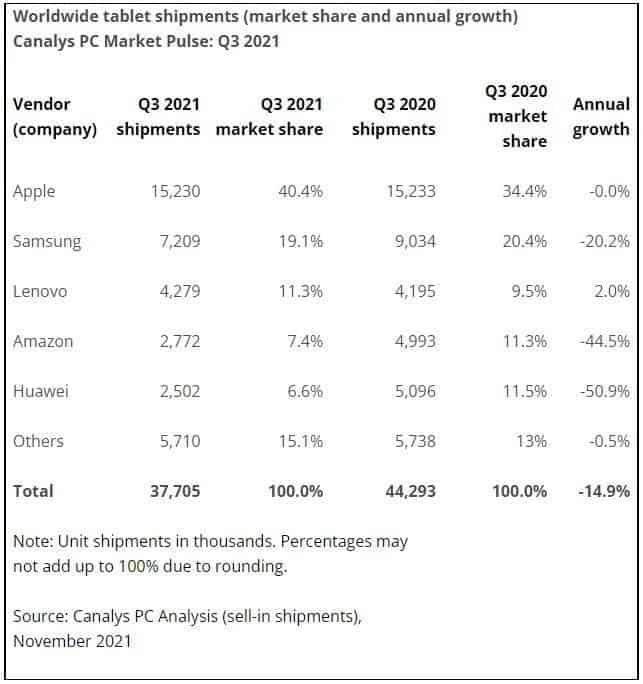 At the same time, Samsung barely managed to enter the top five computer manufacturers (including tablets) – according to this indicator, it took only the fifth place after Lenovo, Apple, HP and Dell. 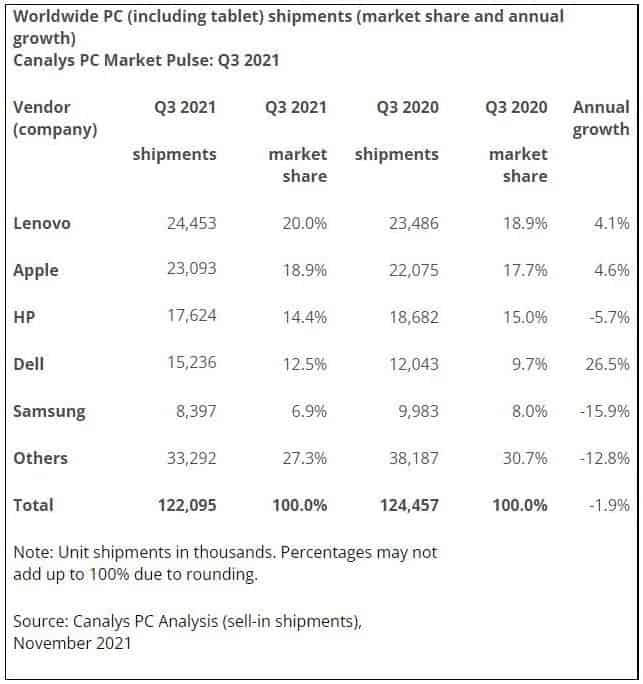 “Despite the end of its stellar growth streak, the tablet market remains strong; considering the long period of declines that preceded the COVID-19 pandemic,” said Canalys Analyst Himani Mukka. “After five consecutive growth quarters, all regions except Asia Pacific suffered a fall in shipments. In most of the world, demand from consumers; and to support basic education functions for younger children has slowed compared to the height of the pandemic”.

“But due to the large device penetration gap in APAC and the region’s preference for tablets as a learning tool; demand will persist until early next year. It’s also worth noting that despite the long refresh cycles for tablets; the installed base has ballooned over the last 18 months. Even if many choose not to upgrade their tablets in the coming years; shipment volumes are set to be elevated above what was expected prior to 2020. Beyond the consumer space, commercial deployments of tablets will be an important aspect of the accelerated digital transformation that businesses undertake as economic recoveries, new workstyles and 5G deployments get underway.”

Apple has strengthened its position in the tablet market