Reliance JioPhone Next is slated to come preloaded with a device lock feature that restricts payment defaults. The much-awaited JioPhone Next has been subject to multiple speculations and leaks lately. The upcoming handset from Reliance Jio will target India’s low-income consumers. Earlier this year, the Indian telecommunications giant offered a glimpse of the budget smartphone for the first time at its AGM (Annual General Meeting).

The handset will appeal more to consumers who enjoy the Android experience without emptying their pockets. Reliance Industries Managing Director Mukesh Amban had previously indicated that the phone will launch later this year. Regrettably, the phone’s originally announced launch date had to be pushed back due to a shortage of components worldwide. Last month, the Reliance JioPhone Next got its official launch date in India.

The upcoming JioPhone Next smartphone offers a highly advantageous device lock feature. The feature enables Reliance Jio to limit access if a user is unable to pay the phone’s EMIs (equated monthly installment). An onscreen banner with the name device lock feature has surfaced online. The banner appears on early JioPhone Next units that made their appearance for the media before launch. Last week, Reliance Jio teamed up with Google to announce availability details of the JioPhone Next smartphone. 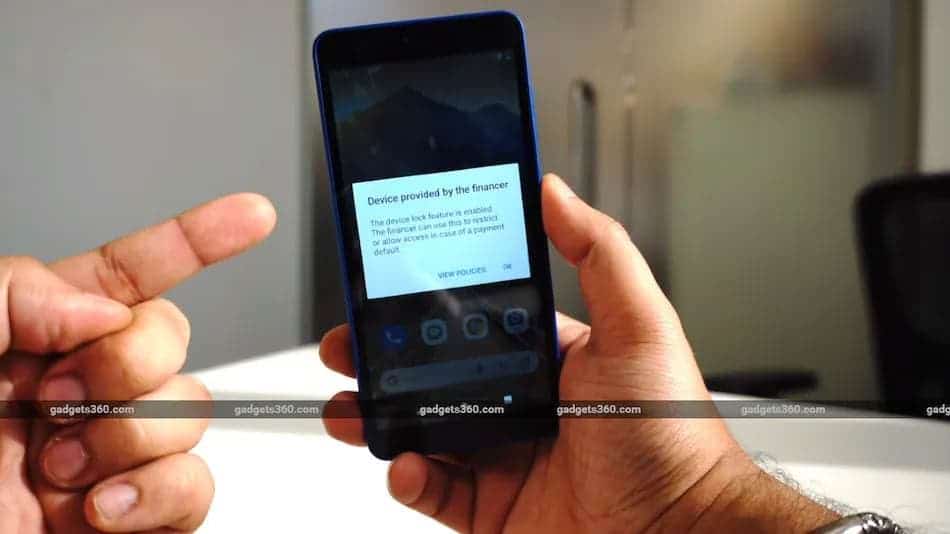 This preloaded device lock feature restricts user access when a customer is unable to pay the EMIs. Ideally, we would expect an app like this to be kept in the background. However, Reliance Jio has used a banner in the notification panel that calls attention to the lock with the text, “Device provided by the financer.”

The JioPhone Next will go official in India today, November 4. The smartphone will be carrying an entry price tag of just INR 1,999. The phone will be available via the MyJio app, and Reliance Jio’s official site. Alternatively, you purchase it simply by sending a message on WhatsApp, according to a News18 report. Those who are willing to make a one-time payment will have to shell out INR 6,499. However, those who purchase the handset at the entry price of INR 1,999. can pay the rest of the amount through easy EMIs over a period of 18 or 24 months. 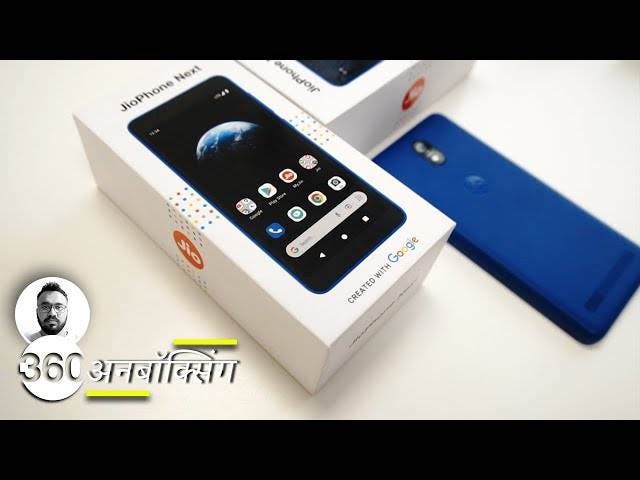 The aforesaid device lock may be available on JioPhone Next units that were sold through EMI options. In other words, the app will not be included in JioPhone Next units that have been acquired by paying the entire price. Aside from the JioPhone Next, there are other Android phones available in the Indian market that come preloaded with tools that limit access if users fail to pay EMIs. Moreover, several finance companies are now adopting the same solution on the smartphones they sell through EMI options in a bid to recover the debt.

Last year, the search engine giant was reportedly working on a creditors-centric app that locks users out of their phones if they fail to make payments. The app reportedly has the Device Lock Controller moniker. According to Gadgets 360, Reliance Jio has made the device lock feature available on the JioPhone Next. The app will restrict bad debt instances as a result of non-payment of EMIs.

JioPhone Next Goes On Sale In India Today, Here’s How You Can Buy It

JioPhone Next Arrives On Google Play Console With Key Specifications