The JioPhone Next has been spotted in a Google Play Console listing, hinting at the smartphone’s imminent launch. Aside from that, the listing divulges some key specifications of the upcoming handset. The Indian telecom giant announced the JioPhone Next during its AGM (Annual General Meeting) in June. It was originally slated to go official in September.

However, pushing the launch date to later this year, Jio will now start shipping the smartphone sometime around Diwali. In other words, the JioPhone Next could go official in early November. Jio plans to sell a whopping 50 million units within the next 6 months. While consumers continue waiting with bated breath to get their hands on the JioPhone Next, the phone has been listed on Google Play Console.

Noted tipster Abhishek Yadav (@yabhishekhd) took to his Twitter account on Tuesday to shed light on the JioPhone Next smartphone’s Google Play Console listing. As expected, the listing reveals some key specifications of the handset. According to the listing, the upcoming smartphone will feature an HD+ display that delivers an HD+ display and a screen density of 320 DPI.

Furthermore, the JioPhone Next will likely run Android 11 (Go edition) OS. Also, the listing suggests that the phone will pack a Qualcomm Snapdragon 215 (QM215) SoC under the hood. The phone’s listing further reveals that it will ship with 2GB of RAM. Aside from that, the new phone from Jio will have a highly competent Adreno 306 GPU, along with a quad-core Cortex-A53 CPU.

The JioPhone Next smartphone’s Google Play Console listing includes an image of the purported handset. The render shows thick bezels below and above the display. The front shooter appears on the top portion of the screen. The front portion accommodates an earpiece and slew of other sensors, according to a report from Gadgets360. The render also shows a power button and a volume rocker on the right edge. 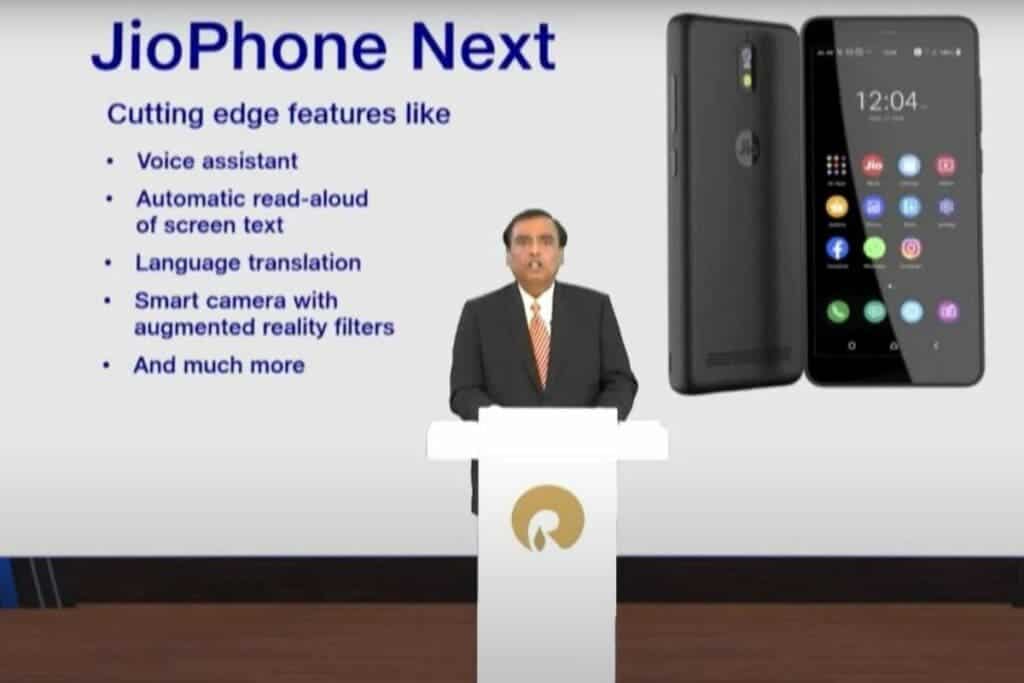 Back in September, Jio announced that the JioPhone Next smartphone will go on sale around Diwali 2021. However, the company did not shed light on the smartphone’s price and delivery dates citing the ongoing global chip shortage. If an earlier tweet from tipster Yogesh Brar is anything to go by, the JioPhone Next will retail for around INR 3,499 (about $50) in India.

JioPhone Next Goes On Sale In India Today, Here’s How You Can Buy It

JioPhone Next To Come Preloaded With Device Lock Feature