Asus Vivobook 13 Slate 2-in-1 has been launched teeming with a host of awe-inspiring features and top-notch specifications. The Taiwanese computer hardware company’s newly launched 2-in-1 sports an OLED touchscreen display. Moreover, it features a detachable keyboard and packs an Intel Pentium Silver N6000 chipset under the hood. 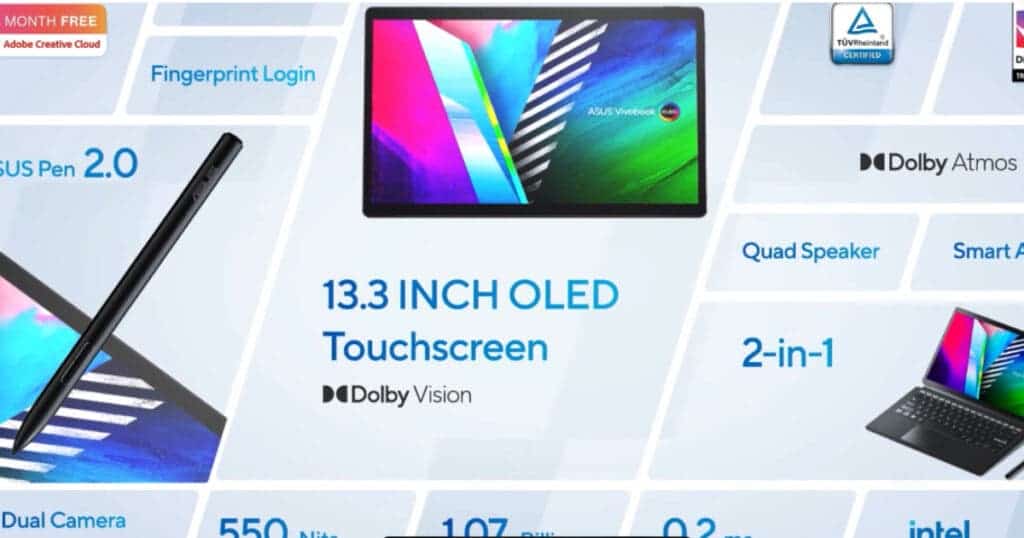 Aside from that, the device offers Asus Pen 2.0 Stylus support It houses front, as well as rear-mounted cameras. The Vivobook 13 Slate has a magnetic pen holder to accommodate the Asus Pen 2.0 stylus. Furthermore, it offers a superior call quality with AI Noise Cancelling Audio.

The 2-in-1 is available in three variants. The Asus Vivobook 13 Slate with entry-level configuration will set you back $599. Moreover, you get a kickstand, a keyboard cover as well a new Asus Pen 2.0 stylus with the aforesaid variant. As mentioned, the Asus Vivobook 13 Slate has three editions. These include two Artist Editions that have been created in partnership with Philip Colbert and Steven Harrington. The Artist Editions adopts a theme that draws inspiration from modern pop culture. While the US availability details of the device are still scarce, the Artist Editions are likely to go on sale in early 2022.

Asus has shared key specifications of the Vivobook 13 Slate on its official website. The newly launched 2-in-1 will be running Windows 11 Home OS. Moreover, it will sport a 13.3-inch Pantone-validated touchscreen display that offers Full-HD+ (1,920×1,080 pixels) resolution. Aside from that, it has OLED Dolby Vision. Also, the screen offers an aspect ratio of 16:9, peak brightness of 550 nits, and DCI-P3 color gamut coverage of 100 percent. On top of that, the response time is only 0.2ms.

As if that weren’t enough, it carries a TUV Rheinland eye certification. The device has an Intel Pentium Silver N6000 processor along with highly competent Intel UHD graphics under the hood. Furthermore, it ships with 8GB RAM and offers an ample onboard storage capacity of 256GB. For optics, the Vivobook 13 Slate houses a 13MP camera at the back and a 5MP front-mounted camera for video calling. A robust 50Whr battery powers up the entire system. You get a 65W AC adapter that uses a USB Type-C charging port. 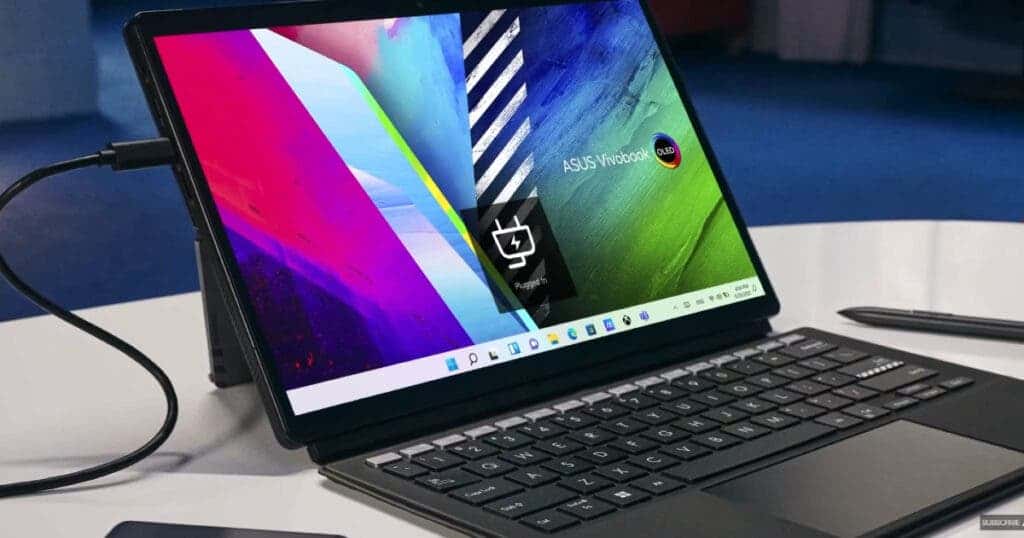 According to Asus, the laptop takes just 39 minutes for a 60 percent charge. Moreover, the power button serves as a fingerprint sensor. For connectivity, the device has two USB Type-C ports, a microSD card reader, and a 3.5mm audio port. Furthermore, the Asus Pen 2.0 stylus comes with four pen tips that can be swapped. Other notable features include smart amplifier technology, Dolby Atmos support, quad-speaker audio system, one-click function, and Bluetooth support.

Previous JioPhone Next Goes On Sale In India Today, Here's How You Can Buy It