Over the past few weeks, there have been numerous reports regarding Qualcomm’s next-generation flagship chip, Snapdragon 898. There have been reports of smartphones that will use this processor. We have the likes of Xiaomi 12 series, Samsung Galaxy S22 series, Redmi K50 series. In fact, the Huawei Mate 50 series will also use this chip but it will use a 4G version. The information so far has been that either the Xiaomi 12 or Samsung Galaxy S22 will launch this chip. However, it appears that there is another player in the field. 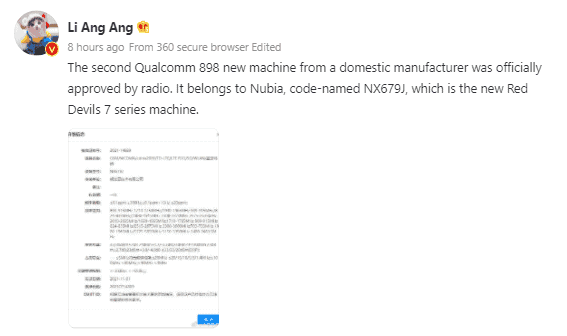 The latest report regarding the Snapdragon 898 SoC shows that the second device in China already has radio certification. The Weibo post reads “The second new Qualcomm 898 from a Chinese manufacturer has officially passed radio approval and belongs to Nubia, codenamed NX679J, which is the new Red Magic 7 series”.

This certification shows that just like the Xiaomi 12, the Nubia Red Magic 7 series is also set to use this processor. However, considering the release time of the Redmi Magic 6, Magic 7 may not be the maiden smartphone to use this chip. Nevertheless, there are reports that the Nubia Red Magic 7 will launch earlier than the Magic 6. This implies that it could just pull some surprises. 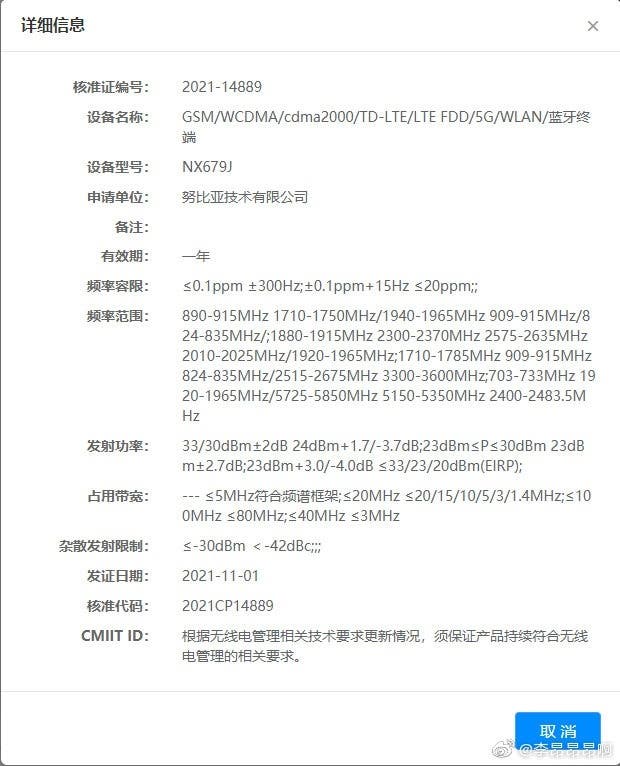 Furthermore, the Nubia Red Magic 7 is the first Snapdragon 898 model to get network access. This shows that Nubia is in close contact with Qualcomm and they were able to speed up the overall design. There are also speculations that Nubia may have other flagships that will use this processor. These flagships will be among the first batch of Snapdragon 898 smartphones. Thus, we can not rule out any of these smartphones clinching the top spot.

According to Qualcomm’s past practice, the chip will be official at the Qualcomm Summit in December this year. Furthermore, the Snapdragon 898+ SoC will be official in the second half of 2022.

Next Xiaomi is on fire - makes over $1.5 billion in five days