This week, Microsoft expanded the Windows Subsystem for Android (WSA) testing program, which is present in Windows 11 and allows you to run Android applications on your computer. Whereas previously this opportunity was available to Windows Insiders on the Beta channel; now it is available to insiders on the Dev channel.

Since the WSA is currently in its early testing phase, there are only 50 Android apps available to users that they can download to their computer from the Amazon Appstore. At least for now, Amazon is the main source of mobile applications for Windows 11 computers, but it is possible that in the future there will be support for other platforms involved in the distribution of digital content for devices based on Android. We also expect that more applications will be available to users for testing in the coming months. Note that with sufficient qualifications, users can install Android applications by unpacking APK files. 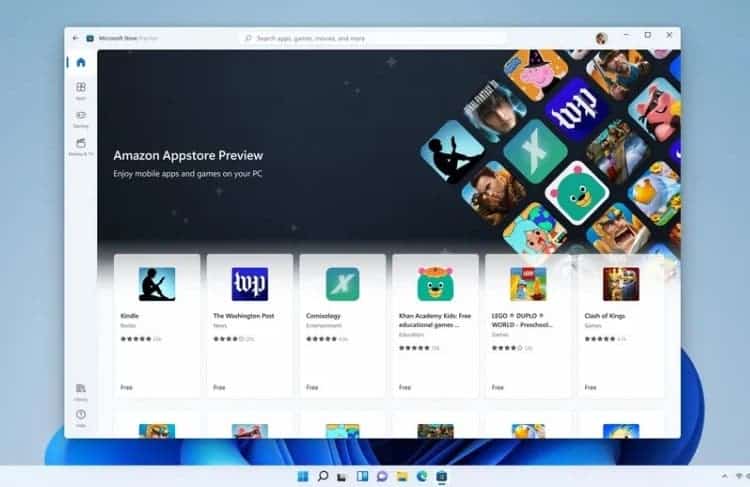 Developers from Microsoft have released an unscheduled update KB5008295; designed to fix the problem with opening some Windows 11 applications, which became known earlier. The package is currently in testing and is available to Windows Insiders on the Beta and Release Preview channels.

A small update is intended to fix an issue with the launch of some pre-installed applications caused by an expired Microsoft digital certificate that expired on October 31st. The issue is affecting the Scissors, Getting Started, and Tips apps; as well as the touch keyboard, voice input, emoji panel, Input Method Editor (IME UI); and some sections of the Settings app.

Note that after installing the KB5008295 update, the build number of the operating system will remain the same. You can verify that the service pack is available by going to Windows Update; and looking at the installed updates in the Update Log. Since the mentioned patch appeared on the Beta and Release Preview channels; We can assume that the testing process will not be delayed; and in the near future, it will become available to a wide audience.

Next Facebook Likely Working on Communities for WhatsApp Messaging App