It became known that the United States Patent and Trademark Office (USPTO) has issued a patent to Apple for an unusual accessory designed for use with iPhone, iPad, MacBook and other devices. We are talking about an external flash with a wired connection via Lightning interface and wireless connection via Wi-Fi.

Apple is not limiting flash use to iPhone only. As conceived by the developers, it can be used with other products of the company, such as MacBook or iPad. It is currently unknown when the external flash may go on sale. 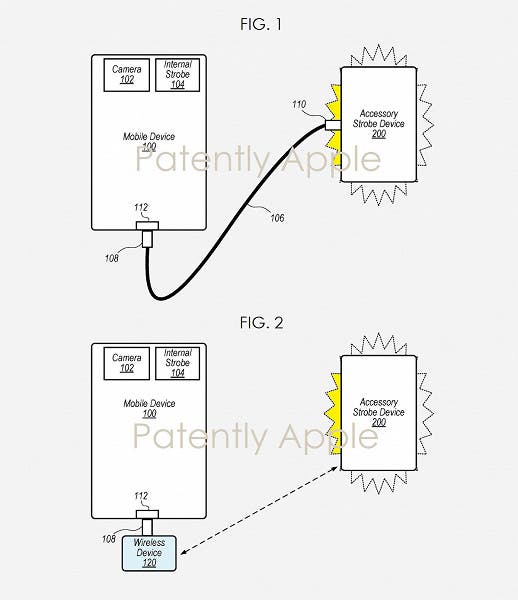 The US Court of Appeals for the second time rejected Apple’s attempt to reopen Qualcomm’s mobile technology patents. According to the ruling, Apple is unable to appeal after the 2019 agreement that licensed the company to tens of thousands of Qualcomm patents.

The decision was taken by votes of two of the three judges of the US Court of Appeals for the federal district. A similar decision was made by another composition of the court in April this year; in a similar case in the dispute between Apple and Qualcomm. Recall that in 2017, Qualcomm filed a lawsuit against Apple, claiming that the iPhone, iPad and Apple Watch were infringing on a number of mobile technology patents; which was part of a broader dispute between the two companies. Apple further challenged the three pending patents before the Patent Testing and Appeals Board of the United States Patent and Trademark Office. However, in 2020, they were declared valid after the parties signed a settlement agreement in 2019; under which Qualcomm received $ 4.5 billion, and Apple continued to use the opponent’s chips in its products.

However, Apple still filed an appeal, demanding a reopening of the hearing in the US Court of Appeals for the Federal Circuit. The company said it faced an “imminent risk” of filing a claim; after the 6-year deadline specified in the 2019 agreement. Qualcomm response was that Apple’s arguments are not correct, as the parties previously agreed; and the risk factor is nothing more than speculation. Judges Sharon Prost and Kara Stoll agreed with Qualcomm’s position, while Judge Pauline Newman sided with Apple. She agreed that after the license expires in 2025, Qualcomm could again sue Apple; and the latter will incur “Specific damage because it would have to pay royalties to exempt a patent that it considers invalid”.

Previous Apple Agreed To Pay $29.9 Million Compensation To Its Employees

Next Motorola prepares to release the Moto Tab G70 tablet