In just a few days, th Pixel 6 and Pixel 6 Pro will complete their first month of availability. The devices became available in late October and also marked the official debut of Android 12 for older Pixel smartphones. As usual, the duo of Pixel smartphones carries the issues and bugs that also accompanied the previous generations. Users are complaining about a set of issues across the internet from slow fingerprint scanners to screen flickering issues. Now, a new complaint involves a new software that isn’t working as intended.

According to PhoneArena’s report, the experience with the Pixel 6 Pro has been far from perfect. However, most of the issues experienced probably are related to the software. This is something that Google can fix with one or two future software updates. Since the new handsets will have stellar software support, software-related bugs shouldn’t be a big issue for users. However, they will still annoy some while the update does not come.

Besides the under-display fingerprint scanner issue, there is another major issue with th smartphones. As per the report, this issue is more a design flaw than an issue. Google made the wrong choices when implementing its one-handed mod. The one-handed mode, which is one of the big new features coming with Android 12 isn’t made right. This may be a use opinion, but we have to agree that his report has some consistency.

Android manufacturers like Samsung and Huawei have implemented interesting and useful One-Handed modes. However, it seems that Google has just ripped the One-Handed mode from Apple’s iOS. Unlike other Android skins, Google sticks with the super simple and un-customizable approach that Apple uses with iOS. With Apple, you enable the On-Handed mode or what Appl calls “Reachability”, you just need to swipe down in th center of th bottom edge of the screen (Samsung borrowed this from iOS) or double-tap on your home button if your iPhone has one. 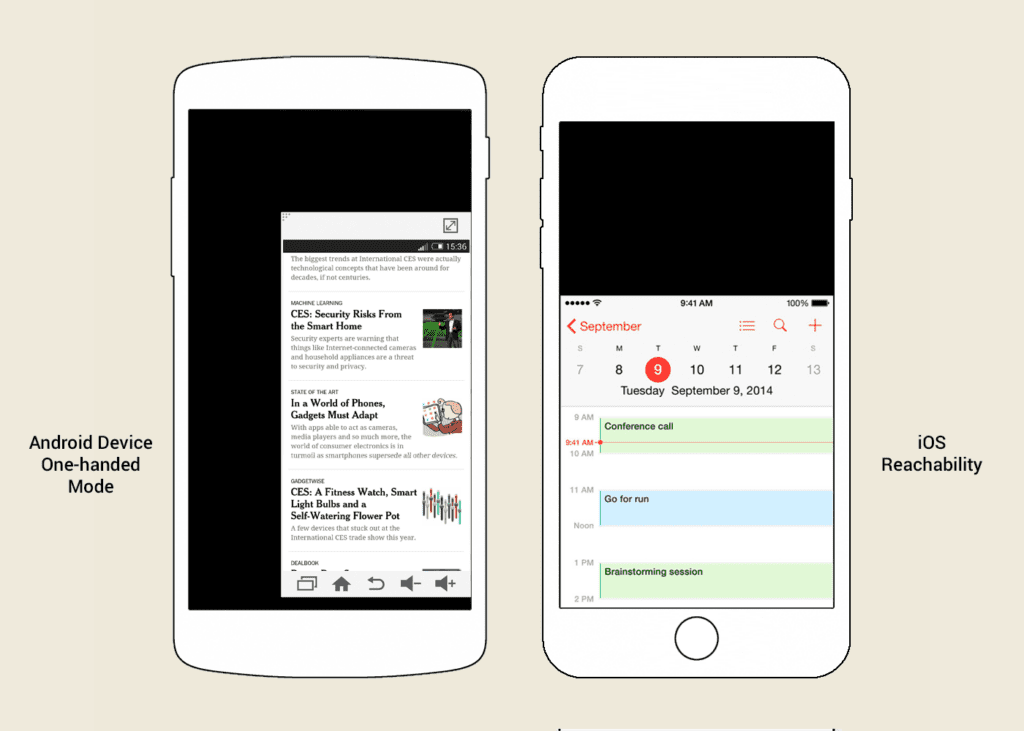 With the Pixel 6 and Pixel 6 Pro, or whatever device running Android 12, you swipe down in the center of th bottom edge of the screen. It will bring the screen down, and you can’t do anything that won’t put th smartphone back into full-screen mode. Some apps will look buggy in this mod, and typing on a chat can give you some headaches. With a one-handed mode, you can’t type with one hand. You can’t see the home screen, and can’t reach the notification panel.

Apparently, with one-handed mode, Google is trying to keep simple. However, having the simple does not necessarily mean having the bare minimum. The magic of Android always has been offering customizability. Unfortunately, as the years are passing we’re seeing customization becoming a thing of third-party OEMs. Google, otherwise, seems to be running in a race to make its smartphones the “Android iPhones”.

We don’t think the One-Handed mode will become better on Pixel smartphones. At last, not with Android 12, perhaps now that the feature is available, we may see it getting improvements with future OS upgrades. However, the hope still lies in th third-party Android OEMs that can build from scratch their one-handed modes