Just recently, Huawei has scheduled an event for November 17. During the event, we expect the Chinese manufacturer to disclose its new Huawei MateBook E. For those unaware, the new slate will come with the two-in-one notebook approach. A few days ahead of the release, we have more information about the new device thanks to a new leak.

The folks at IT Home have reported that Huawei has already uploaded a HuaweiKeyboardAPP to the Windows 11 Microsoft Store. The description (translated from Mandarin) of which reads: “This program is a Huawei keyboard driver and is used to adapt to Huawei tablet keyboards. Only supports designated models of Huawei laptops”. 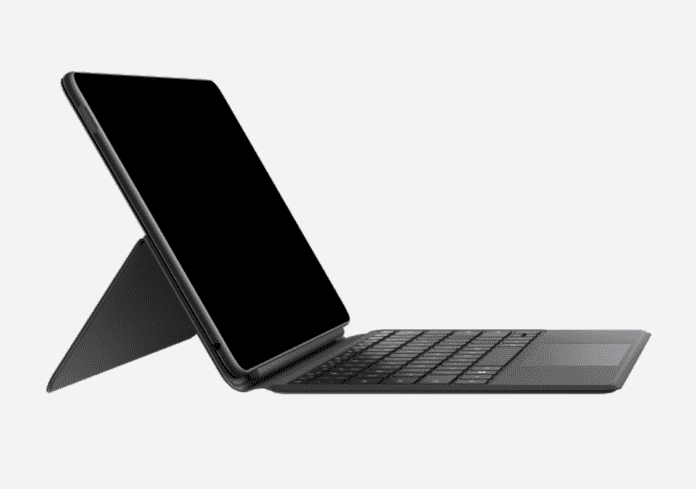 The laptop will obviously be running Windows 11 out-of-the-box and will pack a keyboard accessory. So, it’s natural to see the company preparing the terrain for the arrival of the upcoming laptop. The screenshot section of the HuaweiKeyboardAPP brings images of the Huawei Matebook E two-in-one notebook. It reveals it has a 3.5 mm headphone jack and narrow bezels. The keyboard itself appears to be quite flexible when it comes to adjustments, offering a wide variety of setups and angles.

According to the report, this HuaweiKeyboardAPP is coming for the Huawei MateBook E alone and cannot be used with the older MateBook E from 2019. Unfortunately, not much is known about the Huawei MateBook E apart from the fact that is bringing major changes in appearance and its screen. The laptop may also improve the keyboard and stylus support. We expect more features to extract the max capabilities of the new laptop. Interestingly, the notebook will come with advanced features to allow it to work seamlessly with other devices. Moreover, reports state that it will reportedly stand at just 709 grams and it will cost around 7,088 Yuan which is just around $1,100.

We may see Huawei investing more and more in the scene of computers. After all, the company is having big troubles in the smartphone industry. Its most recent smartphones like the Huawei P50 and Huawei nova 9 were released in global markets. However, they lose appeal against the competition due to the lack of 5G connectivity. In a recent advancement, Huawei is expected to license its design for Chinese brands in a bid to bypass the US sanctions. Meanwhile, its former sub-brand Honor is conquering users in China. In the future, we may see Honor occupying Huawei’s place for certain customers.

Next Redmi Note 12: Xiaomi executive is already talking about this device