Samsung has unveiled a new variant of the Samsung Galaxy A32 4G in the Indian market. It’s not common to see Samsung re-launching smartphones, but apparently, there is a good reason for this. The new variant comes for those who need more multitasking capabilities. So, the company has equipped the new piece with 8 GB of RAM. The smartphone was launched earlier this year in India in a single 6 GB of RAM variant with 128 GB of Internal Storage. Now, the new variant has 8 GB of RAM with 128 GB of Internal Storage. Interestingly, the device comes with a new Samsung RAM Plus. For those unaware, this is Samsung’s take for virtual RAM.

We can say list a set of things that marked 2021 in the smartphone industry. However, a very unexpected trend has started earlier this year with the Vivo X60 series – the virtual RAM feature. The concept is quite old and comes from the computer segment. The OS takes a portion of internal storage to use as RAM. This enhances multi-tasking and brings some relief for the physical RAM where dormant tasks can be put into the virtual RAM slot. It started with Vivo and since the launch, many smartphone brands have joined this trend. Each brand has its name, and Samsung calls it RAM Plus feature. Now, in addition to the extra physical RAM, the new variant also gets aided with virtual RAM.

To recall, the Samsung Galaxy A32 4G features a 6.4-inch Full HD+ Super AMOLED display. It supports a 90 Hz refresh rate and has a waterdrop notch on top for the front camera. The device houses a 20 MP front camera sensor. Moving around to the back, there is a Quad-Camera setup with a 64 MP primary camera. It is aided by an 8 MP ultrawide lens, a 5 MP macro camera, and a 2 MP depth sensor. 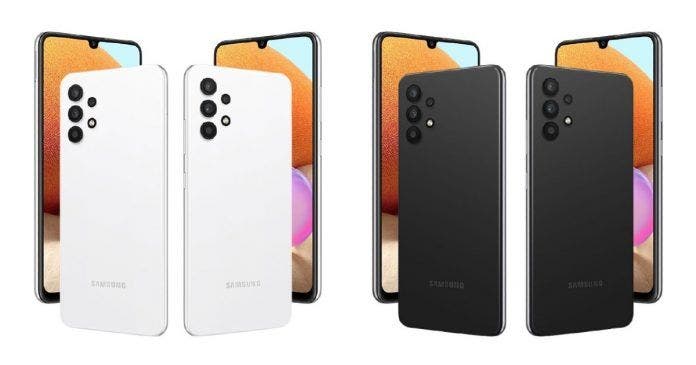 Under the hood, the phone draws its powers from a MediaTek Helio G80 SoC. It comes with up to 8 GB of RAM and 4 GB of virtual RAM support. It is borrowed from the device’s 128 GB of Internal Storage. The phone packs a huge 5,000 mAh battery with 15 W fast-charging support. The device brings premium features like the in-display fingerprint scanner and supports AI Face unlock. In terms of connectivity, the device has 4G VoLTE, Wi-Fi, Bluetooth 5.0, USB Type-C, a 3.5 mm headphone jack, GPS, etc.

The new variant costs INR 23,499 in the Indian market and has three colorways – Awesome Black, Awesome Blue, and Awesome Violet.