Qualcomm is committed to dramatically improving its PC processors. The company announced plans to create a next-generation Arm processor “designed to provide good performance for Windows-based PCs”. The new chip, slated for launch in 2023; will compete on an equal terms with Apple’s M-series computer chips.

Dr. James Thompson, CTO of Qualcomm, announced plans to release the new chips at an investor event. The company has promised to provide its customers with samples of the new product approximately nine months before its launch in 2023. The new chip will be the development of the Nuvia team, which Qualcomm acquired earlier this year for $ 1.4 billion. Nuvia was founded in 2019 by three former Apple employees who previously worked on the modular A-series SoCs that power the iPhone and iPad.

Qualcomm said the new chips will be able to deliver high levels of performance with low power consumption. In addition, the company has pledged to ramp up the performance of its Adreno graphics solutions to bring desktop-grade gaming experiences to its products.

Qualcomm has tried to break into the PC market in the past with chips like the Snapdragon 7c and 8cx. However, the performance and power efficiency of these solutions pales; in comparison to what Apple offers in its M-series computer chips. 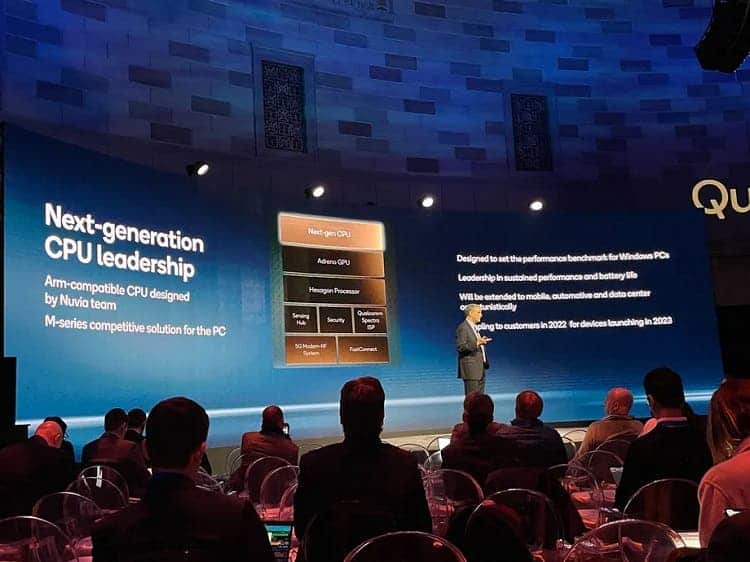 Snapdragon 898: Qualcomm will change the approach to the names of chips

Qualcomm had a pretty good and obvious SoC naming scheme before its ever-expanding lineup of chips got so big a couple of years ago that it started to get confused. The company is now planning to address the issue by changing its approach to naming its chips; starting with the next-gen flagship due to launch in December.

Information about the upcoming changes came from two sources at once. Digital Chat Station and Ice Universe, which makes it more convincing. According to reports, the new flagship platform Qualcomm will be Snapdragon 8 Gen 1 instead of the alleged Snapdragon 898. Apparently, in the future, the updated naming scheme will affect other series of chips.

How reliable this information will turn out to be known only next month, when the new chip will be presented. Nevertheless, such a move looks quite logical; given that the indexes of the Snapdragon 8xx series chipsets are very close to 900; which significantly reduces the number of free titles.