While global tech giants now see the metaverse as the next thing for growth, Google CEO Sundar Pichai sees the future of the company in its oldest product, Internet search.

“I am fortunate that our mission is timeless. Now the need to organize data is greater than ever before,” said the head of Google and Alphabet in an interview with Bloomberg Television. Not long ago, Alphabet briefly surpassed the $ 2 trillion market value thanks to strong sales and profit growth during the pandemic. When asked where the next trillion would come from, Mr Pichai pointed to the company’s core services. He predicts that consumers will ask computers more questions through voice and “multimodal interaction.” “The ability to adapt to all of this and develop search will remain the greatest potential ,” said Mr Pichai.

Google CEO will focus on search and artificial intelligence 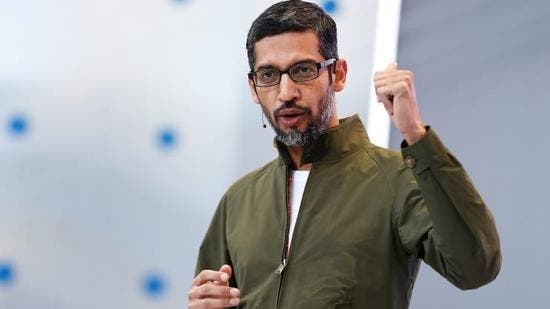 Since joining Google in 2015, Pichai has pushed the company deeper into the cloud computing and artificial intelligence industry, which has garnered more regulatory scrutiny. The company’s key growing areas of activity, in his opinion, are cloud services, YouTube and the app store; all of which are based on investments in artificial intelligence.

Mr. Pichai noted that new Google products will increasingly be developed and tested in Asia, but not in China. After the company did not manage to establish search operations in the country in 2018; it had to turn off most of its branded services in the PRC, and this is unlikely to change. At the same time, he considers China to be one of the world technological leaders in the most advanced fields; including artificial intelligence and quantum computing.

Major Google partners such as Microsoft and Meta Platforms see the future of technology in the virtual worlds of the metaverse. Google has previously released several virtual and augmented reality products; although the success of those products has been limited: Google Glass has failed. However, now a new specialized division has opened with direct subordination to the head of the company; but there is no information about this project yet. “I have always been in awe of the future of immersive computing. They are not owned by any company. This is the evolution of the Internet, ”concluded Mr. Pichai.

According to previous news from the New York Times; Google is aggressively working towards a contract with the US Department of Defense. According to the publication, the company’s cloud division has appointed engineers to prepare a proposal to the Pentagon. As part of the project, Google intends to make a significant contribution to the implementation of the Joint Warfighting Cloud Capability military program.