Apple has yesterday released the iOS 15.1.1 update. The fresh software came out about a month after the launch of iOS 15.1. It is noteworthy that the firmware is available only for smartphones of the iPhone 12 and iPhone 13 series. iOS 15.1.1 eliminates the problem with interrupted calls inherent only to these devices.

This is a minor update that addresses one specific issue. The only information provided in the release note states that iOS 15.1.1 fixes the spontaneous dropping of voice calls that users of the last two generations of iPhones have been complaining about. The update weighs 385 MB. You can install it through the “Software Update” menu in the smartphone settings.

It’s worth noting that Apple will release iOS 15.2 this month for all supported devices. The new OS will bring a ton of changes and bug fixes, including app privacy reports and a new set of child safety features. 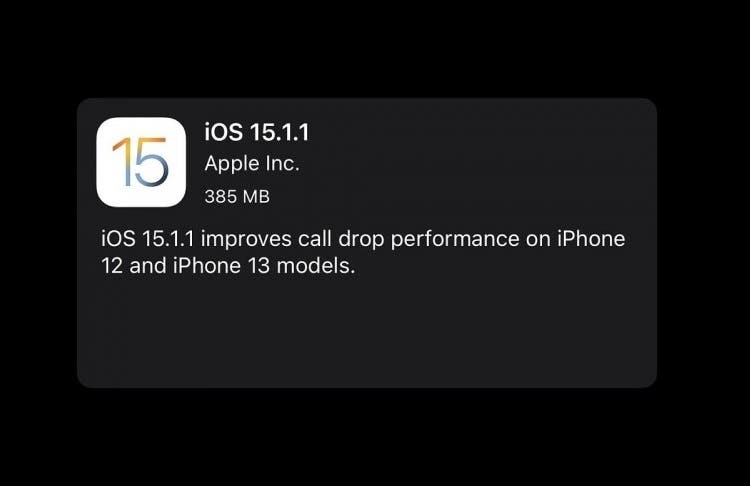 With iOS 15.2, it became possible to replace the display on the iPhone 13

As Apple promised, with the next iOS update, it will become possible to replace the displays on the iPhone 13 without disrupting the Face ID sensor. As reported by the repair specialists, this feature has already been noted in the beta version of iOS 15.2.

Prior to the release of this update, to keep Face ID working after replacing the display; it was also required to transfer the microcontroller from the old copy. This is a very time-consuming process, and having to do this for every iPhone 13 that needs a new screen could make the job of independent repair shops a lot more difficult. However, after the release of the beta version of iOS 15.2; the Face ID sensor still works after replacing the display without having to carry the microcontroller.

While Face ID does work, when running the iPhone 13 with a replacement screen; it still displays a message that the device cannot verify if the display is a “genuine part of Apple”; even if the original display is installed. However, this is no longer unusual in Apple’s practice; since such warnings are sometimes displayed even when batteries are replaced at unauthorized repair shops.

At the same time, the company has not yet answered the question of whether iOS 15.2 after the release will become the version of the platform that will simplify the replacement of the screen. But taking into account the fact that this feature appeared already in the beta version; we can conclude that it will also remain in the release.

Previous MIUI 13: list of devices that will be the first to receive the update