MediaTek is the first on the market to launch a series of 4nm mobile chips. It unveiled the Dimensity 9000, which should be a worthy alternative to Qualcomm’s Snapdragon 8 Gen1. The list of innovations of this chip includes a 4-nm technical process, Cortex-X2 core, support for cameras with a resolution of 320 megapixels, LPDDR5x RAM (up to 7500 Mbps) and Bluetooth 5.3 protocol.

The presence of a high-performance Cortex-X2 core makes you worry about possible chip overheating. After all, as you know, Snapdragon 888/888 + with Cortex-X1 core show a tendency to increase heating. Will this problem also affect Dimensity 9000? Finbarr Moynihan, vice president and general manager of marketing for MediaTek, said they are well aware that Qualcomm’s solutions have been disappointing.

However, he stated that “we are very confident and obviously testing this chipset for our customers and the feedback we are getting is very promising.” “When it comes to comparing devices with what we think our competitor will have, we believe that next year we will have a power advantage for flagships,” a MediaTek spokesman said. According to the director of public relations for the chipmaker, “now only one company has problems with overheating, and this is not MediaTek.”

One of the chipmaker’s representatives also assured that the chip shortage would not affect the company’s flagship processor. According to him, they will provide enough capacity for the release of top-end solutions next year.

It’s also worth noting that Dimensity 9000 doesn’t actually have mmWave support. But a MediaTek spokesman said that next year we will see the first Dimensity chips with mmWave-toting technology, which will be one step below the Dimensity 9000. 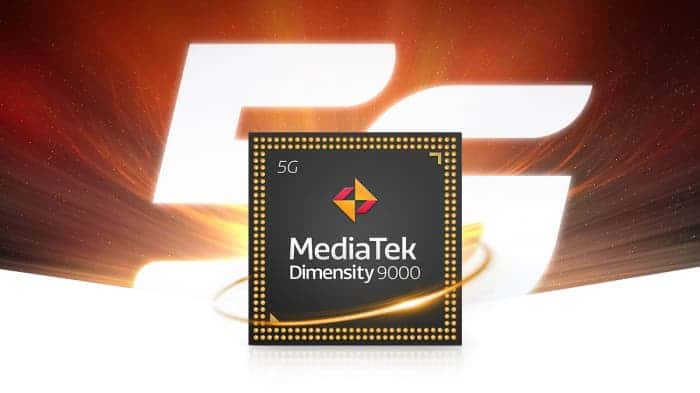 MediaTek announced the latest mobile platform Dimensity 9000 – the most powerful chipset ever. It is expected to receive specifications at least equal; to those offered in the flagship models produced by the more popular Qualcomm and Samsung.

Even the company’s strongest chipsets like last year’s Dimensity 1000 were inferior in performance; to their cutting-edge contemporaries like Qualcomm Snapdragon 888 or Samsung Exynos 2100. The new variant will completely change the situation in the flagship smartphone market.

MediaTek is not alone in using the latest Arm technologies. For example, Qualcomm expects to announce a successor to the flagship Snapdragon 888 chipset at the annual Snapdragon Tech Summit on November 30th.

In any case, the announcement of the new flagship is a big step forward for MediaTek. For a long time, the company’s chipsets have been a “fallback” option; forcedly replacing Qualcomm and Samsung solutions in smartphones with Android OS devices as needed. Apparently, the Dimensity 9000 will indeed become a model capable of competing with Snapdragon on equal terms. Now everything depends on the willingness of smartphone manufacturers to support the introduction of the new platform.