Google’s parent company Alphabet is committed to bringing robots to the office to perform daily tasks. The robot is provided by X-Alphabet’s moonshot factory, which is a professional team focused on solving next-generation problems. Since its establishment in 2010, some of the famous projects launched by the Moon Landing Factory include Google Glass, giant balloons that transmit the Internet to remote corners of the world, sustainable wind energy using kites, and Waymo for automated transportation. 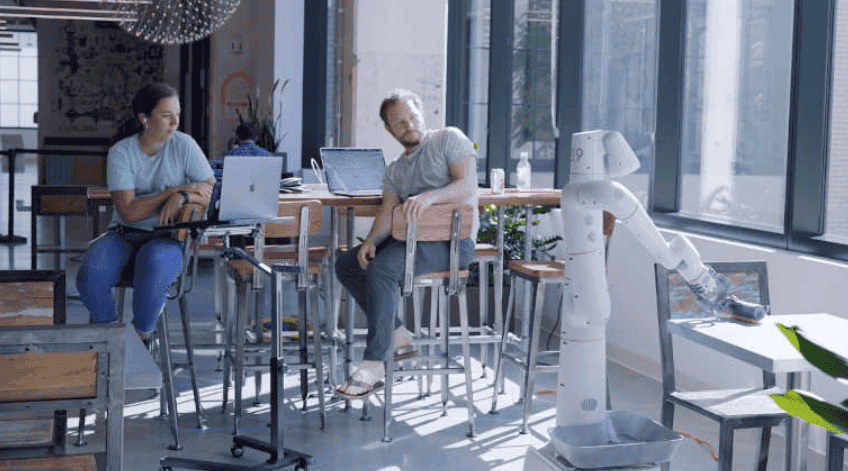 X-Alphabet’s team is building robots to learn office tasks, including wiping tables, sorting garbage, opening doors, and arranging chairs in conference rooms. This paves the way for robots that move in an office environment. Robots can perform simple human tasks, but they can also coexist with humans. As X-Alphabet envisioned, with this method, the future is to bring robots into the real environment and learn how to respond to changes.

The robots have experience in an office environment but this is not an easy task to achieve. The initial training time was nearly four months. Over time, the X-Alphabet team made improvements, reduced the training time to one day, and achieved a 90% accuracy rate. These robots will initially enter Alphabet’s Mountain View office.

A recent announcement from Google shows that it has a five-year partnership agreement with AFP. This partnership includes payment for AFP news content. This is also the largest agreement by technology giants under the new French law.

Google declined to disclose the financial terms of the transaction but confirmed that the transaction will last for 5 years. The two companies said in a joint press release that they will also cooperate on verification and other projects. Agence France-Presse CEO, Fabrice Fries, said in a statement…”This agreement is a recognition of the value of news information.”

France has a new copyright law that requires the news content released by large technology companies to obtain authorization from news publishers. Over the years, because advertising revenue has been flowing to online aggregation platforms such as Google and Facebook, news organizations have been dissatisfied with technology companies using news reports for free in search results or other functions. Driven by media lobbying and public pressure, new laws in France and Australia have given publishers greater rights. These publishers now have a series of licensing agreements worth billions of dollars.

Sébastien Missoffe, general manager of Google in France, said the agreement also shows Google’s sincerity. He claims that the company is “willing to work with publishers for mutual benefit and win-win results.”