OnePlus foldable phone has made an appearance on the internet, giving us a glimpse of its unparalleled design. The rumor mill has been churning out all sorts of speculations surrounding a foldable phone from OnePlus. Back in August this year, the Chinese tech company tweeted a short clip featuring two smartphones, making it look like a foldable device. Without shedding more light on the video, OnePlus urged its fanbase to wait until August 11 for more details. Interestingly, the day OnePlus picked to divulge details about the aforesaid video, was the same day Samsung was set to unveil the Galaxy Z Fold 3. 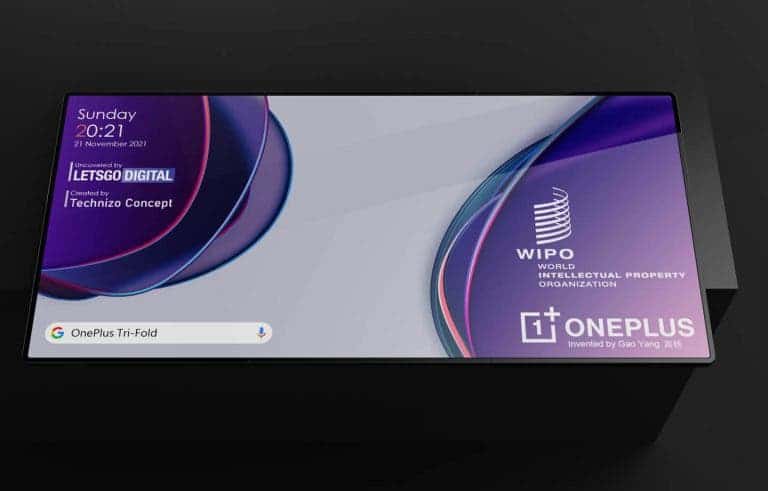 Much to the chagrin of OnePlus fans, the company did not talk about its plan to launch a folding device at the time. On the contrary, it revealed that the US version of the OnePlus 9 smartphone will be receiving a price cut. Apparently, the idea behind using two smartphones in the video was just to suggest that users can get two OnePlus phones for the price of one Galaxy Fold. The OnePlus foldable phone has once again popped up on the internet, suggesting that it might see the light of the day sometime soon.

If a recently discovered patent is anything to go by, OnePlus could be gearing up to adopt foldable technology as part of its upcoming project. In other words, the popular Chinese smartphone manufacturer could be hard at works on a foldable phone. Also, the most notable feature of the OnePlus foldable phone will be its triple display layout. Aside from that, the phone is likely to feature two hinges, along with a lockable handy slider. It is worth mentioning here that three displays and a double-hinged setup are uncharted elements in foldable technology. 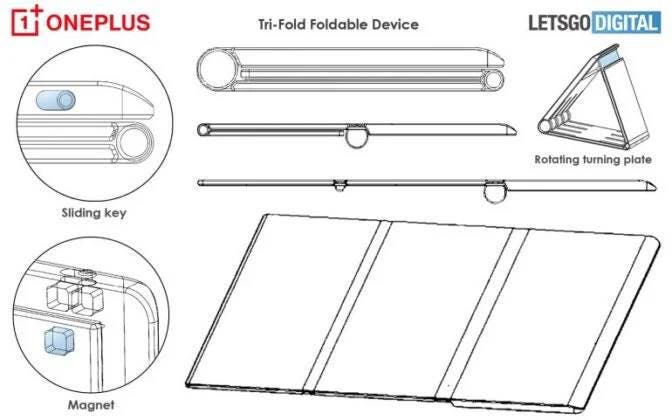 Popular smartphone brands are gradually jumping in on the foldable phone bandwagon. Moreover, they are leaving no stone unturned in a bid to improve the technology, which could prove to be a game-changer in the near future. Notably, Samsung, Xiaomi, Huawei, and other leading brands are currently trying to tighten their grips in the foldable phone segment. However, the latest shred of information about OnePlus’ first-ever foldable phone comes from LetsGoDigital. The recently surface information sheds light on the company’s unique strategy to employ this technology.

Moreover, the patents discovered by the Dutch website showcase a tri-fold design that comprises three displays. Aside from that, it suggests that the device will have two hinges. It seems to have a lockable slider designed by Gao Yang. Also, the document is referred to as “Mobile Terminal.” Furthermore, the documentation was later updated onto the WIPO (World Intellectual Property Organization) database, 91mobiles reported. Moreover, OnePlus’s patent has arrived on the global repository of patents. Therefore, it is highly likely that the company is actually working on a foldable device. 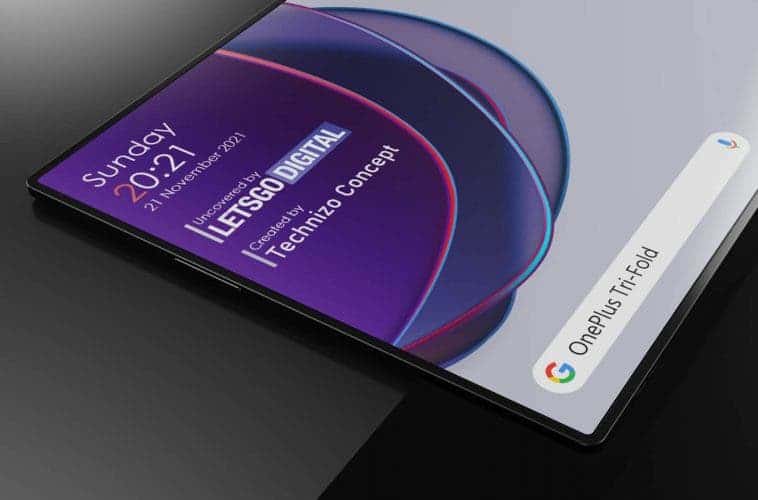 Digital renders of that newfangled technology that the BBK Electronics-owned company has been working on has emerged. Moreover, this is a concrete indication of the company gearing up for an imminent foldable phone launch. Aside from that, the hinges will enable users to transform the device into multiple form factors. This uber-cool technology is capable of catering to several needs. On the downside, its new form factor could pose multiple challenges in terms of practical application.