This week, news broke out about Apple’s halt on sales of its products in Turkey. This comes as a direct response to the country’s recent controversial economic changes. According to a fresh report, customers in Turkey are being turned away at retail stores by staff followed by the halt of online product sales. The exact reason for the in-store sales halt is still unclear. However, we assume that this is just another move to show how Apple is concerned with the country’s current policies.

As per MacReports, the halt is due to rapid currency fluctuations as the Turkish lira has declined significantly in recent days. Apple Stora staff are telling customers that normal sale operations will resume once the Turkish economy stabilizes. Other Turkish sources claim that the stores have been selling products today and that any halt is simply due to the stores running out of available stock to sell. This is something moved by the supply chain situations that have been ongoing for a certain time. It usually results in Apple stores limiting in-store sales. However, it’s a pretty crazy week for Turkish customers, so we can understand the concern.

Images revealed by MacReports show customers waiting outside two Apple Stores in the country’s largest city, Istanbul. According to the report, customers with service appointments are being attended to. Customers looking to purchase products, on the other hand, are turned away. Retail staff is also reportedly telling its customers that once sales resume, they will see a price hike. This isn’t a surprise, as Apple’s products are usually imported to Turkey and with the lira value collapsing, their prices will increase. 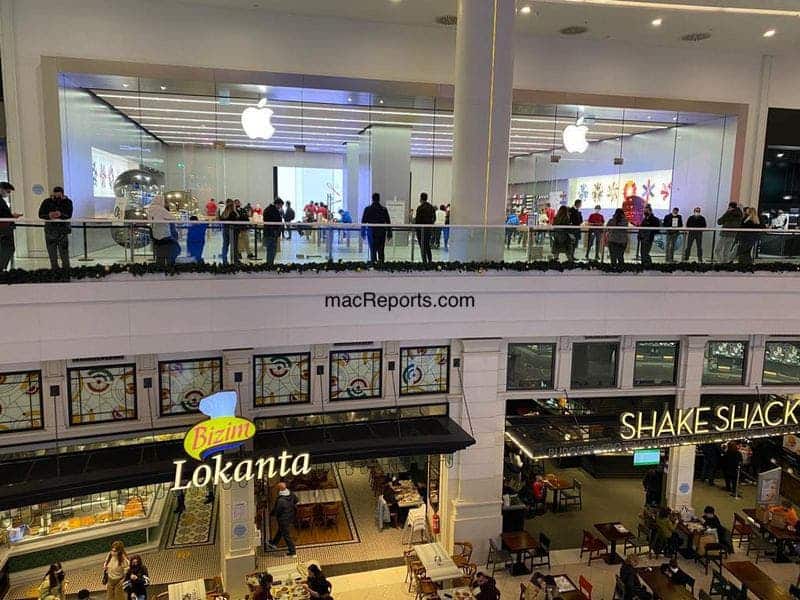 Apple stopped the sale of its products in Turkey yesterday following the economic collapse in the country. In just one week, the Turkish lira value has decreased by 15 percent. At the time of this writing, a Turkish lira is equivalent to approximately 0.082 US Dollars. So how many of these are necessary to purchase a recently release iPhone 13? The economic move is appreciated by President Erdogan who believes that this will attract investments, raise exportation and generate new jobs. Economists, however, think otherwise.

Until the moment, Apple has not made any statement to explain its decision. The folks at MacRumors have already contacted the company and are waiting for a response.