Despite the fact that now smartphone manufacturers are experiencing a clear shortage of chips, the upcoming Xiaomi 12 is still bound to go according to plan. The release of the smartphone will take place in December and then the company will follow its own premiere schedule. It plans to release several models with the new Snapdragon 8 Gen1 platform, not limited to the Xiaomi 12 series. So, it was reported that the POCO F4 Pro will be the next smartphone from the company to receive Snapdragon 8 Gen1. It can be announced in January next year. And then revelry with naming will begin. The same smartphone will be presented in China as the Redmi K50 Pro and in a number of other markets, primarily in India as the Xiaomi 12X Pro.

Insiders are already making predictions that Redmi K50 Pro, Xiaomi 12X Pro, POCO F4 Pro should offer 8/12/16 GB of RAM, 6.67-inch AMOLED display with 120 Hz refresh rate and 64 MP OmniVision OV64B sensor as the main one in the main chamber. And, of course, they will not forget to install a liquid cooling system, because in the case of the Snapdragon 8 Gen1, there is a high probability that the chip will suffer from overheating. There is a chance that all three smartphones will receive MIUI 13 out of the box based on Android 12. 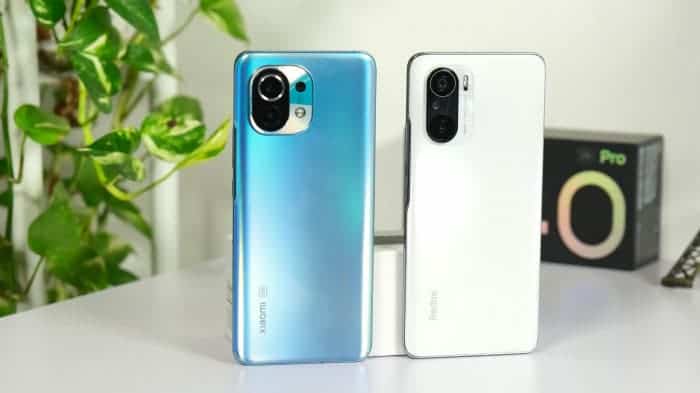 In April this year, the Redmi K40 Gaming smartphone was presented, based on the MediaTek Dimensity 1200 chip. According to the latest data from the Digital Chat Station tech insider, the device will soon receive a successor. It is reported that the upcoming Redmi K50 Gaming will be built on the latest flagship MediaTek platform.

According to the source, the new Redmi gaming smartphone will be based on the MediaTek Dimensity 9000 chip; which, according to the results of synthetic tests, outperforms the current Apple A15 Bionic; on which the iPhone 13 series smartphones are based. It will have a 64-megapixel sensor. The device will boast a 5000mAh battery. The smartphone will receive a flat display with a fingerprint sensor located underneath.

The exact launch date of the Redmi K50 Gaming is still unknown; however, it is reported that the device will be presented in the first quarter of 2022; along with other models of the Redmi K50 series.

Next Apple overtook Vivo in smartphone sales in China in October