WhatsApp has developed a web version of the stickers builder for users to create custom stickers.

If users usually have to use third-party applications to make stickers, now WhatsApp makes it easier for you and provides services for you to be creative directly in the application.

In addition to the WhatsApp web version, this feature will also be present in the Desktop application next week.

Once uploaded, the image can be edited to turn it into the perfect sticker. Broadly speaking, this feature allows you to remove the background from the sticker you are going to create.

You can also crop an image or perform cropping in the form of a box or a ratio of 1:1. Emojis, texts and additional WhatsApp stickers can also be placed on top of your sticker creations. 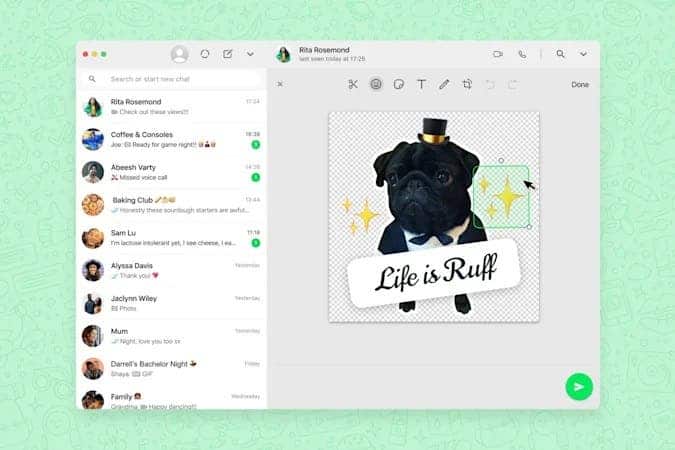 WhatsApp will add the ability to leave reactions to messages

The popular WhatsApp messenger will soon receive new features. It is likely that users will be able to respond to individual messages; by leaving one of several types of emojis in response. Reactions will be available in both individual and group chats.

According to the WABetaInfo portal, the feature will appear in one of the future updates of the messenger. The feature is said to be in development and is unlikely to be available in the newest beta. Although the reactions can be seen below the message, a special pop-up window will appear in which you can see who exactly reacted and how; in this case, we are talking about group conversations.

Some insiders have already shared a screenshot of the information window. It can be in use to judge exactly how all users reacted, as well as who left a particular emoji. According to the portal, the user will be able to react to each message only once, and the set consists of six reactions.

Information about the feature came after the leak of iOS beta release, but WhatsApp is reportedly working on an Android version as well.

The messenger is constantly evolving. Recently, users started receiving an update with the ability to create stickers in the PC versions of WhatsApp Web and WhatsApp using images from the computer’s disk. Previously, users only had the option to use third-party sticker maker apps to add stickers.