Since the beginning of this month, we’re seeing rumors pointing out Motorola as one of the first smartphone OEMs to launch a device with Snapdragon 8 Gen 1 or Snapdragon 8Gx Gen 1. Recent rumors are suggesting that the company may even launch its flagship ahead of Xiaomi effectively becoming the first company to use Qualcomm’s next flagship chipset. The new device will carry Motorola Edge 30 Ultra across the world, but it will be called Moto Edge X30 in China. We still don’t know when the device will arrive, but today we have the confirmation that the device is, at least, functional.

Lenovo’s China General Manager took to Weibo to reveal that he is already using Motorola’s upcoming flagship. His post was a vague teaser, but we can easily assume he is talking about (and using) the upcoming Moto Edge X30. The Chinese social media platform – Weibo – is well-known for referencing the device being used by a user. In this case, the Lenovo Manager is using the Moto Edge X30. We all know it’s the company’s next flagship.

As for the vague teaser, the General Manager mentioned two panes of Gorilla Glass. It means a display covered with Corning’s protective coating, and glass-finish on the back also features the same protection. He also teases a cool-running “powerful inner core”. According to leaks, this powerful inner core is Qualcomm’s upcoming 4 nm chipset. As per the rumors, it will feature 1 x ARM Cortex-X2 clocked at up to 3.0 GHz which brings a significant upgrade over the vanilla Snapdragon 888.

In addition to Qualcomm’s Snapdragon 8 Gen 1, the new handset also has other interesting specs. For instance, we have a 6.67-inch OLED display with a Full HD+ resolution of 2,400 x 1,080 pixels and a 144 Hz refresh rate. Again, Motorola is sticking with the 144 Hz refresh rate which is not common among “conventional” smartphones out of the gaming spectrum. The device will bring a 50 MP + 50 MP + 2 MP triple-camera array. The lights will be kept by a 5,000 mAh battery with 68 W fast-charging. The 68 W charging is the fastest-ever standard we have seen on a Motorola device. 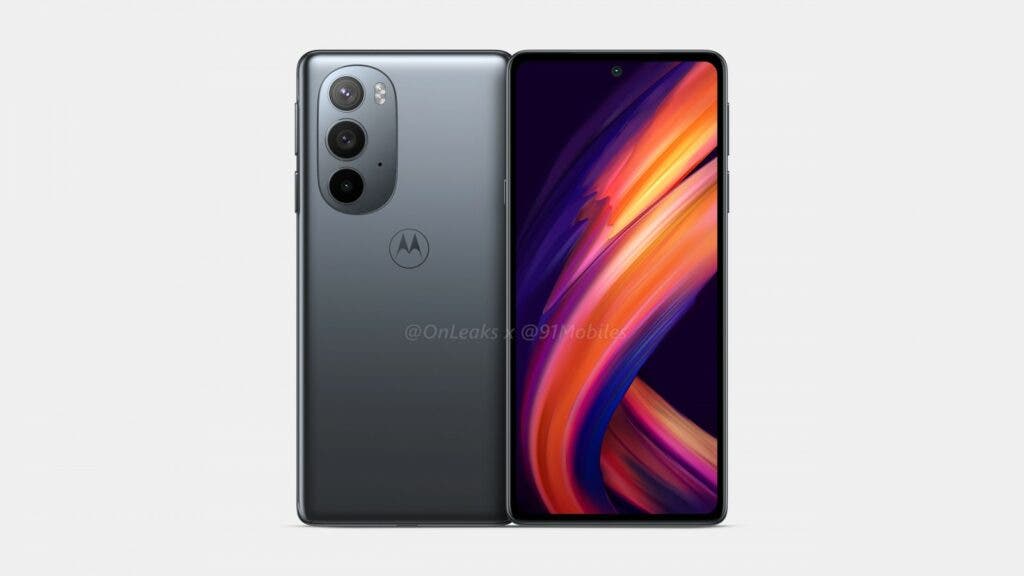 Recent reports suggest that the X30 could also turn to be the vanilla Motorola Edge 30. Then, the Ultra name would come with another model. This comes because Motorola and Xiaomi are gearing up to introduce 200 MP smartphones. The Ultra is the highest model in the series, and it would be Moto’s perfect opportunity to ship this camera. For now, everything is open to confirmation.

Next Huawei's upcoming flip foldable smartphone had its design revealed