The Samsung 35W Power Adapter Duo with USB Type-A Port and an array of other impressive features has been launched in India. The new 35W Power Adapter Duo went official in the country on Monday. Moreover, the wall charger is capable of simultaneous charging. It also offers universal compatibility as well as superfast charging. The brick comes in handy for charging Android, as well as iPhone smartphones. In addition to that, it can charge smartwatches, laptops, and tablets.

Samsung’s new 35W Power Adapter Duo works with wireless chargers as well. On top of that, it is compatible with power banks and TWS earbuds. Moreover, it has USB Type-A, as well as USB Type-C charging port. According to the South Korean tech giant, the 35W Power Adapter Duo takes about 50 percent less time to charge Galaxy smartphones. Samsung was tipped to be working on a Power Adapter Trio (EP-T6530) with 15W, 25W, and 65W charging capabilities. It hasn’t gone official yet, but is currently on sale for EUR 56 in some European regions.

The Samsung 35W Power Adapter Duo will set you back INR 2,299 in India. Moreover, you can get your hands on the Samsung charger by heading straight to leading online portals, as well as the company’s official website.

The maximum charging offered by the Samsung 35W Power Adapter Duo via USB Type-C PD (Power Delivery) 3.0 port is 35W. Likewise, the charger provides a maximum of 15W charging through the USB Type-A port. According to the company, the adapter can offer up to 35W of power while charging a single device through USB Type-C. While charging PCs, on the other hand, it offers 35W of maximum power output. Furthermore, the company claims that its new charger can juice up the Galaxy smartphones in 50 percent less time. 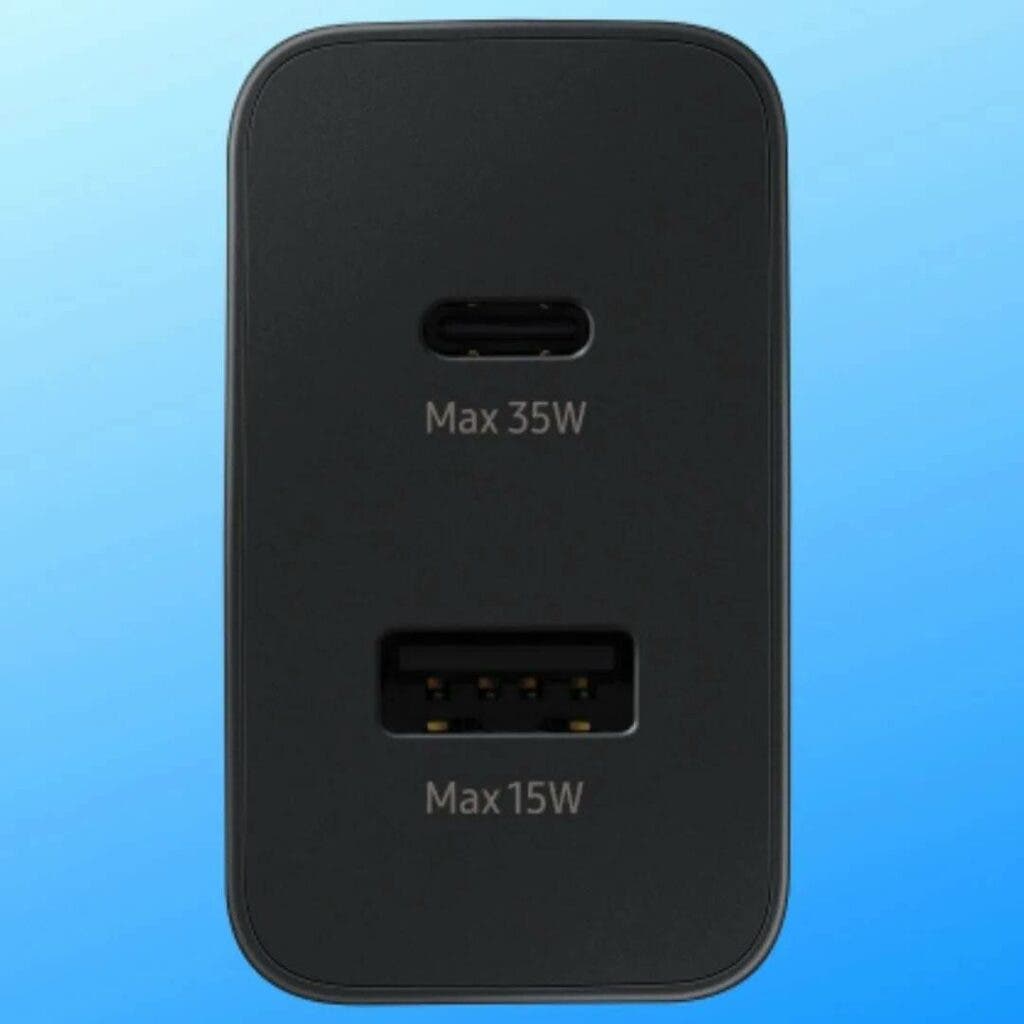 Moreover, Samsung says that the Galaxy Note devices, including the Note 10 and higher, and the Galaxy S10 5G and higher are compatible with the Samsung fast-charging system. Samsung has previously announced that it will discontinue providing earphones and charger plugs in box device packaging. According to Samsung, this will help solve sustainable consumption issues. Aside from that, it will reduce the pressure a consumer may feel regarding receiving unwanted charger accessories with new smartphones.

Next Oppo Reno 7, Oppo Reno 7 Pro Price In India Leaked Ahead Of Launch