Samsung is already preparing the terrain for its 2022 lineup of Galaxy A-series smartphones. The company is reportedly bringing some new smartphones under the Galaxy A-series. The list of devices includes Galaxy A13, Galaxy A33, Galaxy A53, and Galaxy A73. The Galaxy A13 is expected to be the cheapest smartphone with 5G connectivity. The other three will be priced higher. Now, the first reports about a Samsung Galaxy A23 have appeared. This device will be an intermediary option between the A13 and A33 handsets. According to the new report, it will also stick with Samsung’s strategy of launching 4G and 5G variants.

According to the new report, Samsung is already working on the Galaxy A23. Obviously, the device will come to replace the Galaxy A22 that was launched earlier this year. The A22 5G currently occupies the space of Samsung’s cheapest 5G smartphone. That place will soon be taken by the Galaxy A13 5G which will bear the same Dimensity 700 SoC as the A22 5G. However, Samsung is also bringing a proper replacement for the A22 5G that probably will come with an improvement in the processing unit.

Samsung Galaxy A23 will pack a 50 MP main camera

In addition, Samsung is preparing two variants of the said smartphone. We have been expecting the company to go fully 5G in the next year, but apparently, it will still keep launching 4G handsets. The fact is that there are still a lot of countries where 5G isn’t a reality. So bringing these devices at more affordable price points seems to be a plausible option. The 5G version will certainly be pricier than the 4G variant, and also, will bring a better processor. After all, chipmakers are mostly focusing on 5G processors these days.

We could bet on a Dimensity 810 for the Galaxy A23 5G but it’s soon to make assumptions. Also, there are reports indicating that Samsung will bring more smartphones with Exynos chips to reduce dependence on 3rd party chipmakers. So at this point, it’s impossible to determine which processor will boast these smartphones. 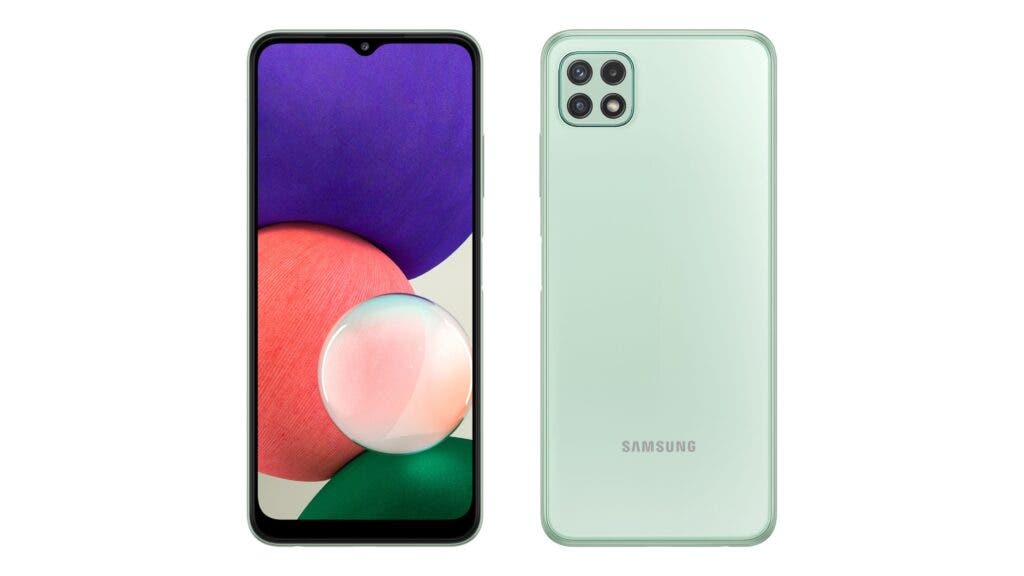 Apart from the lack of information regarding the specs, we already know that the handset will come with a 50 MP primary camera. Interestingly, this is also the same sensor being used on the Samsung Galaxy A13. 50 MP cameras have become a standard for mid-range and low-end smartphones. We can also expect an ultrawide module in this device.

The device may bring an LCD screen to reduce costs with a high refresh rate and Full HD+ resolution. We also expect a big battery with at least 5,000 mAh capacity and 25W fast charging.