The Unicode Consortium has published a ranking of the most popular emojis in 2021. The top three are “face with tears of joy”, “red heart” and “rolling on the floor laughing”. The most common emoticon, also known as the “slightly smiling face”, oddly enough, did not even enter the top ten.

The “face with tears of joy” is reportedly the most popular emoji since 2017. In 2021, it accounted for over 5% of emoticons sent online. The Unicode Consortium notes that the use of emojis is fairly consistent and predictable. In the top 10 most popular emojis over the past two years, only one change has occurred, and it is that two very similar emoticons – “smiling face with hearts” and “face with eyes with hearts” – are located at the seventh and eighth positions, respectively, switched places. 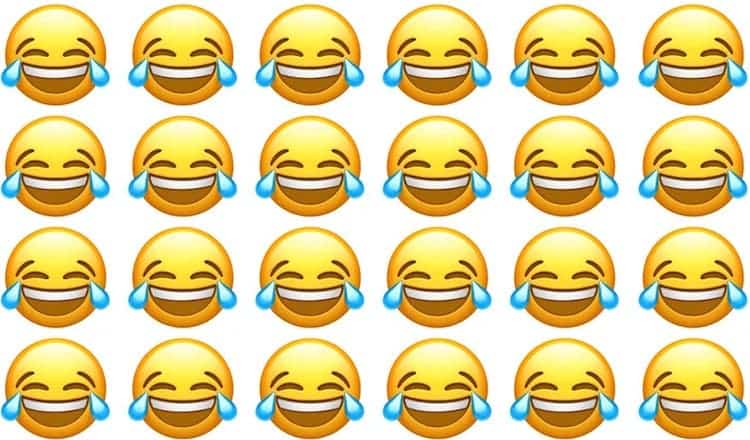 As for the “slightly smiling face”, it is located at 28 positions, between the “clap of hands” and “flushed face”. According to many Internet users, it symbolizes patronizing patting on the head and disregard for the words of the interlocutor, so the use of this emoticon is discouraged.

It is noteworthy that the coronavirus pandemic has contributed little to the popularization of emoji microbes, which barely entered the top 500. Note that at the moment there are only 3,663 emoticons.

What are the most frequently used emoji?

92% of the world’s online population use emoji — but which emoji are we using? Well, it appears that reports of Tears of Joy’s death are greatly exaggerated 😂. According to data collected by the Unicode Consortium, the not-for-profit organization responsible for digitizing the world’s languages, Tears of Joy accounts for over 5% of all emoji use (the only other character that comes close is ❤️ and there is a steeeeeep cliff after that). The top ten emoji used worldwide are 😂 ❤️ 🤣 👍 😭 🙏 😘 🥰 😍 😊.

Emoji patterns are pretty universal across the subcategories; top-ranked emoji consistently represent multiple concepts so they are used in a wider variety of situations. As an example, let’s look at clothing emoji. The top used is crown 👑 while the emoji collecting cobwebs in your keyboard seem to lack non-literal uses (like clutch bag 👝, lab coat 🥼, and flat shoe 🥿). This is a pattern we see over and over again: Here’s a small sampling of emoji that are top in their class:

Here is the most used emoji in every country